Hasson: You went to the dark side. Lavie: This is a waste of public funds 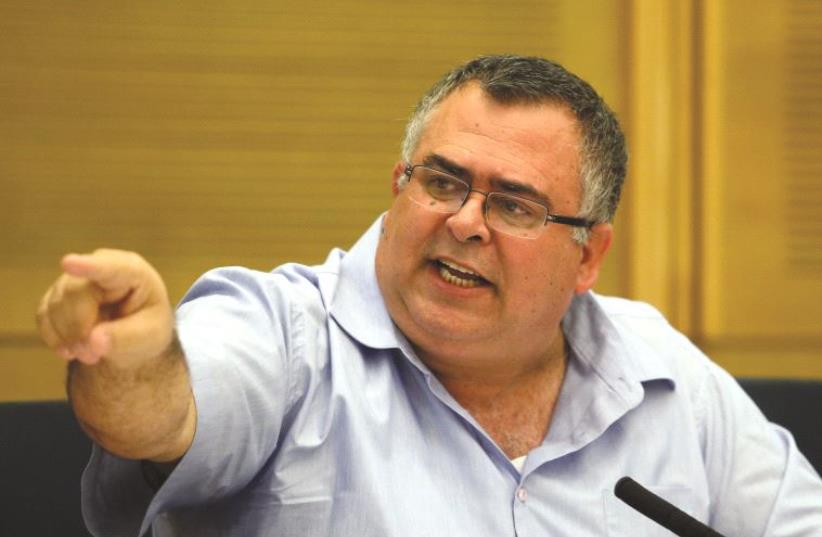 David Bitan à en action
(photo credit: MARC ISRAEL SELLEM)
Advertisement
The Knesset’s Interior Committee has approved for a first reading a bill that would provide government funding for candidates in primary elections.The bill, initiated by Likud MK David Amsalem and approved by the committee on Monday, was criticized by opposition members for also giving money to parties that don’t hold primaries and for appearing to favor incumbent candidates.Amsalem’s bill would allow funding for primary candidates if three conditions are met: the party has at least 5,000 members; its party list is mostly democratically elected; and the primaries take place in the six-month period before a Knesset election.The candidates would receive funding for all of their campaign expenses and not be allowed to also fundraise.Separately, the bill would provide funding even for those parties that do not hold primaries – to the tune of NIS 50,000 for every mandate they received in the most recent national election.According to Amsalem, the idea is to provide a level playing field among the candidates and free them up from the time-consuming and potentially compromising work of fund-raising.Primary candidates who are already an MK, minister or deputy minister would receive a grant from the Treasury to fund their campaigns.A candidate who is not already a public official would receive a loan that would have to be repaid if he or she was not then elected.This would be given only to candidates in primary elections and not to those awarded reserved spots on party lists.The bill also would curtail the amount candidates can spend during a primary election, which will be based on sliding scale relative to the number of eligible voters within the party.Amsalem said the purpose of the law is to “sever the connection between interest groups and government... an MK will not be obligated to anyone, and if he is not an MK it is not our concern.”Opposition MKs slammed the bill, calling it corrupt and saying it would provide more problems than solutions.Zionist Union MK Yoel Hasson said Amsalem “snuck a gutter deal into the back door to ensure the support of the coalition parties.... this is a totally corrupt agreement.If you were just looking to encourage democratization of parties and primary elections, I could support it, but you went to the dark side.”A spokesman for Amsalem denied that the clause in the bill was designed to placate the haredi parties, which don’t hold primaries.Yesh Atid MK Karin Elharar said if the goal of the bill was “equal opportunity, then what of the candidate who isn’t elected to office? If he has to return the money, what have we accomplished?” Yesh Atid MK Aliza Lavie said the legislation exemplified corruption and was a “waste of public funds – the entire bill is built on sin.”She added that it would create an imbalance that would favor MKs over challengers “and is designed to save your own seats.”Lahav Harkov contributed to this report.