Although the 2010 Career Military Service Law offers female soldiers protection against being fired due to pregnancy or child leave, it does not relate to fertility treatments. 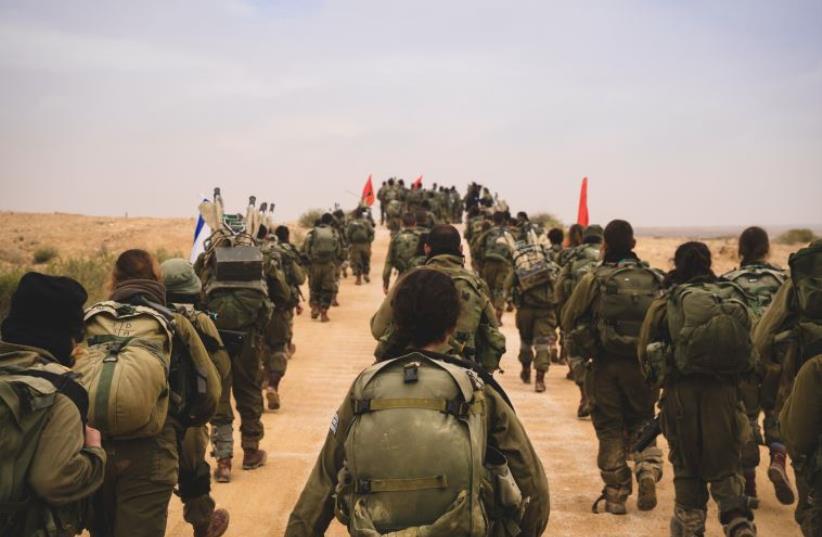 Soldiers from the co-ed Caracal Battalion complete their rigorous eight months of training to receive their beret
(photo credit: IDF SPOKESPERSON'S UNIT)
Advertisement
The Israel Bar Association on Monday announced plans to push forward legislation that will give female career IDF soldiers undergoing fertility treatments the same level of protection afforded to their counterparts in the civilian job market.The legislation represents “an important social repair that fixes the discrimination of career [IDF] personnel compared to their counterparts in the civilian job market,” said Efi Navi, head of the Israel Bar Association.“It is inconceivable that those who contribute much to the state will be the ones discriminated against by it, and, specifically, when they are in a sensitive medical situation.”The Bar Association cited the example of Capt. A, a 41-yearold single mother who had served in the IDF for 23 years.She was “invited to a retirement interview” during IDF personnel reductions in July 2013, while she was in the middle of receiving fertility treatment, and was told she would be retiring in 2014.Her requests to the IDF that she be allowed to complete the treatment and that her release be postponed went unanswered by a General Staff Personnel Directorate Committee, the Bar Association said.“Unlike women in the civilian job market, female career soldiers who undergo fertility treatment are exposed to the risk of being fired during their treatment,” the Association’s Military and Security Committee said. “However, the law does not offer similar protection to career soldiers undergoing fertility treatment, including in vitro fertilization.”Although the 2010 Career Military Service Law offers female soldiers protection against being fired due to pregnancy or child leave, it does not relate to fertility treatments.Since the 2010 law was enacted, defense ministers, who have special powers to veto the firing of pregnant career soldiers, have prevented the dismissal of women in 30 percent of cases in which the IDF had approved their release.According to the proposed legislation, the IDF will be forbidden from firing career soldiers during their absence from service due to fertility treatment of any kind, and the soldier’s position will be secure for 150 days after treatment.The IDF Spokesman’s Office did not respond to a request for comment by press time.