The lawsuit asserts that refusal to allow the guide dog to enter goes against Sharia law. 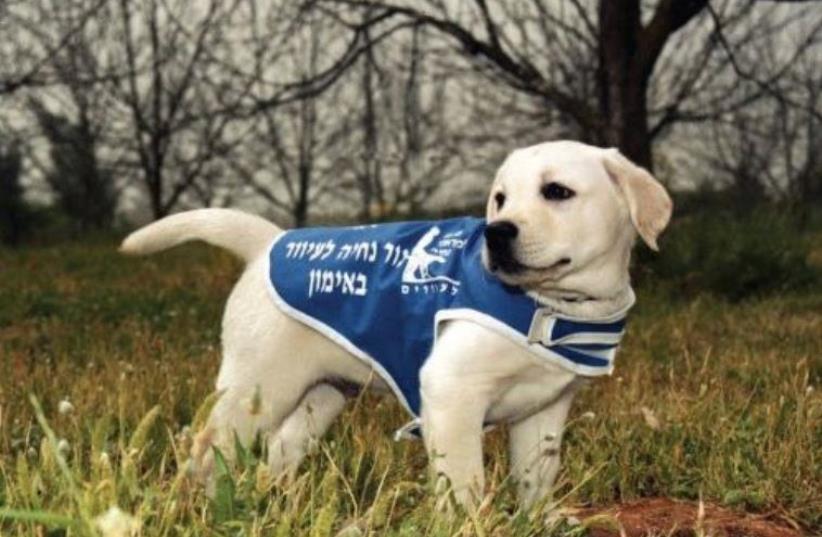 The Israel Guide Dog Center for the Blind has graduated more than 350 canines in Israel
(photo credit: Courtesy)
Advertisement
A blind Arab man sued a restaurant that refused to allow him to enter accompanied by a guide dog, according to a press statement from the Commission on the Rights of Persons with Disabilities. The lawsuit asserts that refusal to allow the guide dog to enter goes against Sharia law.
Islamic law expert Dr. Ihab Sharif submitted his opinion to a Magistrate's Court in Netanya on behalf of the Equal Rights Commission for Persons with Disabilities, stated that Islamic law (Sharia) has a positive view of guide dogs. A guide dog is a vital need for a blind person and therefore, according to Sharia, he is allowed to own such a dog and society should allow him to enter with his dog in public places, including mosques.
Yet, the restaurant owner claimed that the dog is considered an unclean animal according to Islamic Sharia, so despite his vitality to the blind man who tried to enter the restaurant with him, he refused to allow it.
"This indicates the change that has taken place among all religions regarding people with disabilities in general and guide dogs in particular," said Commissioner for Rights of People with Disabilities
Abrami Torem.
"Blind people using a guide dog unfortunately encounter misunderstandings, with some refusing people to allow the dogs in public places. In the past, we have filed a number of lawsuits in cases of discrimination of people with disabilities using a guide dog, but the claim that religion does not allow a guide dog to enter a public place is rising.
"We hope that the new opinion that points to the positive view of Islamic law towards guide dogs will serve to significantly change this situation and allow people with disabilities to fully integrate into society, not only in Israel but also in other countries of the world."