The terrorist is a 57-year-old man from east Jerusalem with mental health issues.

Scene of stabbing attack on Jerusalem light rail on April 14, 2017 (UNITED HATZALAH)
Advertisement
A 21-year-old female British tourist was killed Friday afternoon after being stabbed during a terror attack on the Jerusalem light rail, a few meters outside the Old City, where tens of thousands of visitors from across the globe are observing Passover and Easter.According to Police spokesman Micky Rosenfeld, the 57-year-old suspect from east Jerusalem’s Ras al-Amud neighborhood got on the light rail heading toward the center of town at Damascus Gate at approximately 1 p.m.“As the tram approached Kikar Tzahal, he pulled out a knife and stabbed the female tourist in the upper body, critically wounding her,” said Rosenfeld. “She was treated at the scene by paramedics and rushed to Hadassah University Medical Center in Jerusalem, where she died of her wounds.”Rosenfeld said the assailant, identified as Jamil Tamimi, was immediately apprehended by a police officer on the train.ZAKA Jerusalem commander Bentzi Oering said members of the emergency response unit arrived at the scene within minutes.“There was one young woman in critical condition, as well as others suffering from shock,” said Oering. “After the young woman received CPR treatment and was taken to the hospital by Magen David Adom, the ZAKA volunteers remained at the scene to collect the remains.”A pregnant woman in her 30s sustained a light injury to her stomach when the train came to a rapid halt, while a man in his 50s was lightly injured while attempting to flee the attack. Both were treated at the scene and transferred to Shaare Zedek Medical Center in Jerusalem.Rail service was temporarily halted as police searched for other possible accomplices. 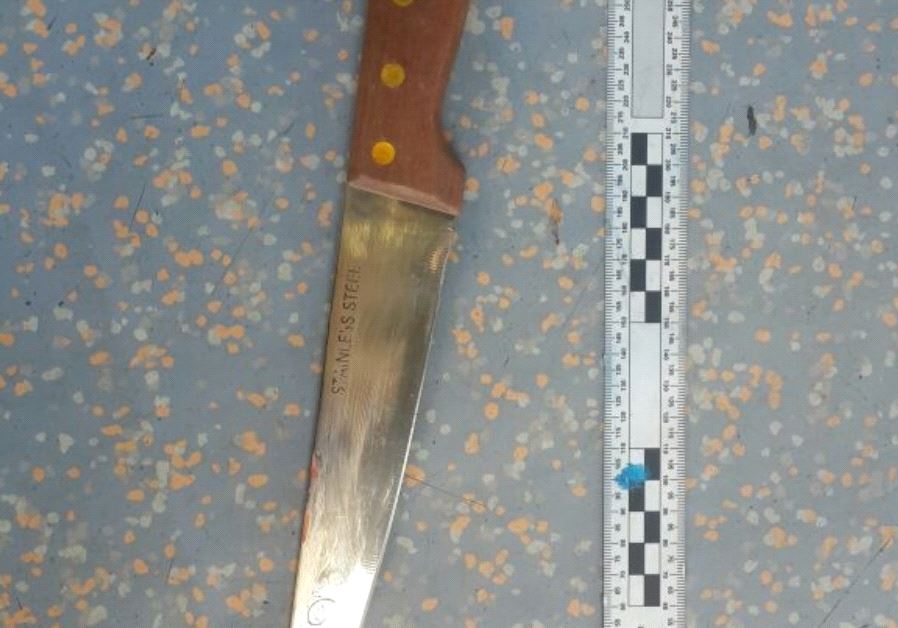 “The suspect was taken to Jerusalem’s police headquarters for questioning, where it was confirmed that it was a terrorist attack,” Rosenfeld said.Shortly after the stabbing, the Shin Bet (Israel Security Agency) issued a statement identifying the killer, and noted that he had serious mental health issues.Rosenfeld said heightened security remains in effect in the capital, as over 50,000 Christians are expected to attend the Holy Fire ceremony at the Church of the Holy Sepulchre in the Christian Quarter on Saturday.Friday’s murder marks the second stabbing attack this month by a Palestinian terrorist near the Old City.On April 1, two Jewish teenagers and a police officer were stabbed in the Muslim Quarter by an Arab assailant who was shot and killed.Four days earlier, Siham Rateb Nimir, an Arab 49-year-old east Jerusalem woman, was shot dead by Border Police after unsuccessfully attempting to stab an officer stationed near Damascus Gate with scissors.Meanwhile, on April 6, a terrorist rammed his vehicle into two soldiers standing guard by a bus stop near the entrance to the West Bank settlement of Ofra, resulting in the death of Sgt. Elchai Teharlev. A second soldier sustained light wounds.Prior to Passover, security forces predicted an uptick in violence in the capital during the holiday.Over 3,500 officers from multiple units have been dispatched throughout the city, with an emphasis on the Old City, since Monday.“Heightened security is continuing in Jerusalem to prevent any other attacks,” said Rosenfeld.