Teens work to bridge gaps in the periphery through volunteering 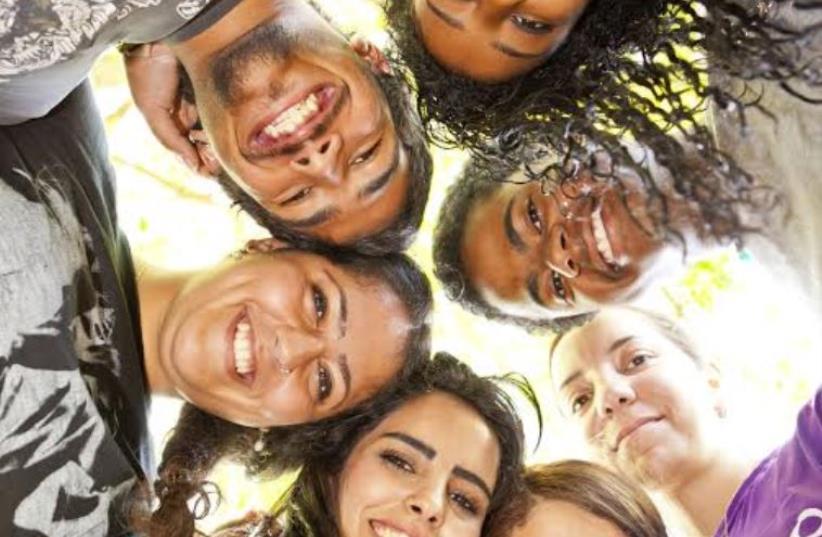 Bridging the gaps in the periphery through volunteering.
(photo credit: Courtesy)
Advertisement
Raya Hamdon, a 22-year-old Beduin student, was beaming with excitement at the opportunity to talk to youth from the periphery and share with them her life story.“It was always my dream to get a bachelor’s degree, to be in academia,” she recently told The Jerusalem Post.Though a seemingly simple dream, this was not something Hamdon could take for granted.“I am from a family of five sisters and two brothers and our socioeconomic status is pretty low – neither of my parents works,” she said.Originally from Kammana, a small Beduin village near Karmiel in northern Israel, Hamdon faced great personal and financial hardships on the path to fulfilling her dream.“In high school I heard about Merkaz Ma’ase (Ma’ase Center) – I could volunteer and also receive some scholarships that could help me with my studies,” she said.Mercaz Ma’ase is a subsidiary nonprofit association of the Rashi Foundation, which offers volunteer service programs for youth from all walks of life from the country’s periphery, with the aim of bridging the social and economic gaps between the periphery and the center of the country and developing them into a new generation of leaders.“I started volunteering when I finished high school. I worked in a preschool in our village,” she said. “I was only 18 at the time and I didn’t know how to handle small children, but Mercaz Ma’ase helped me and gave me all the tools and professional training.It was exciting and an unforgettable experience, but it was hard,” she said of her service year.Despite the hardships, Hamdon decided to volunteer for one more year, this time as an assistant to a Hebrew teacher.“In our village children learn to speak Hebrew in third grade and I decided to help out there and also gain confidence in my Hebrew-speaking abilities,” she said.Hamdon became a part of the Mercaz Ma’ase graduate program, offering youth who complete the service year program the opportunity to continue on a path for self-fulfillment while giving back to their community.In addition to helping Hamdon attain leadership skills, professional training, and scholarships for university studies, Mercaz Ma’ase opened her eyes beyond the scope of her village to new experiences and meeting new people.Hamdon was able to participate in a leadership seminar along with other youth from all backgrounds in an effort to promote a shared dialogue.“I had always heard of Arabs and Jews and Ethiopians, but until then I had never met anyone else and it was the first time I got to talk to people of other beliefs – and I actually found out how much we have in common and not the differences,” she said.Today, Hamdon is a third year student of sociology, health and welfare at the Western Galilee College in Acre – close to achieving her dream of earning her bachelor’s degree.Hamdon’s story – which she shared with other youth from the periphery last week at a Mercaz Ma’ase seminar in Givat Haviva – is only one of many lives that the center has been able to enrich.“One of the main problems in Israeli society is the social gaps between the country’s center and the periphery – a lack of equality and not enough social mobility,” Yossi Malka, director of Mercaz Ma’ase told the Post.Malka, originally from Kiryat Shmona in northern Israel, experienced firsthand the type of social and geographic inequality he has since dedicated his life to overcoming.“When I was younger I wanted to do one year of volunteer service after high school, I and five of my friends” he recalled.“And the army simply didn’t understand why on Earth we wanted to do this – why kids from the periphery would choose to stay and volunteer.”According to Malka, it was common for youth from the country’s center to volunteer in the periphery for one year and then return home, but not for youth from the periphery to volunteer in their own communities.“A lot of people from central Israel would come to ‘help us locals’ – they were really good people – but it takes a long time to understand the community and understand its needs,” he said.Today, according to Malka, the main guiding principle of service year programs is that the volunteers in the periphery are young people who grew up there, and who become the moving force that leads the empowerment of their communities.“We are breaking the paradigm – we want to get to youth in the weaker groups in the periphery,” he said.But rather than approach these population groups as weak, Malka explained, “we tell them ‘you are strong’ and ‘you can serve as an example by volunteering,’ and through this we present to them a significant change in their lives which opens their horizons significantly.”To date Mercaz Ma’ase has seen some 4,000 graduates – some 730 volunteers annually in recent years – since it first opened its doors to youth some 10 years ago.Operating on a budget of some NIS 30 million annually, half allocated by the government and the other half by donations, Mercaz Ma’ase still sees a lot of room for growth and improvement.Despite all the progress made over the course of the last 10 years, Malka said there are still major obstacles to overcome.“There is a growing request for pre-army volunteer service,” he said. “But out of the roughly 120,000 youth who volunteer, around 90% of them are youth who are well off from the center of the country.”According to Malka, due to the high demand for volunteer service, youth from the periphery still continue to be excluded from many of the pre-army programs.“It cannot be that organizations get government funding and continue to act with elitism and don’t allow youth from the periphery to take part,” he said.“Without the government using its tools and putting restrictions and pressure on these organizations – to have 50% of youth from Israel’s Center and 50 percent from periphery – until this happens it will take a lot of time for there to be social equality,” he said.