B’Tselem calls on Europe to work toward ending ‘occupation' 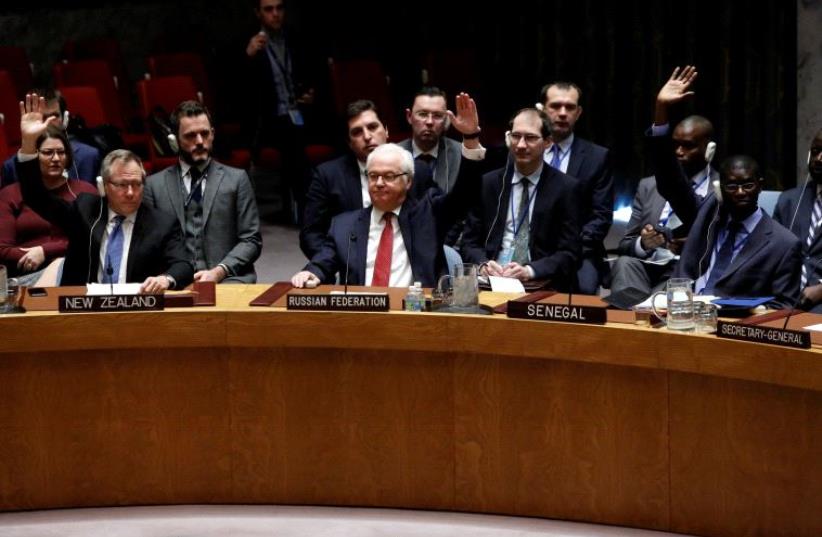 Members vote on a resolution at the UN Security Council in New York
(photo credit: REUTERS)
Advertisement
Europe must take steps to pressure Israel to end its “occupation” of the West Bank and east Jerusalem, B’Tselem executive director Hagai El-Ad told The Jerusalem Post last week as he began a trip to Denmark, Brussels and Sweden.“We believe that additional statements, which are ‘This is what we have gotten use to,’ are not sufficient,” El-Ad said.In his meetings, El-Ad is calling on European diplomats and NGOs to pressure Europe to implement United Nations Security Resolution 2334, approved in December 2016, which condemned Israeli settlement construction.“The fact that this reality has gone on for a long time demonstrates that point. Implementing Security Council 2334 is the first right in the right direction,” he said.Europe, El-Ad said, should act on article five of that text, which calls on all states “to distinguish, in their relevant dealings, between the territory of the State of Israel and the territories occupied since 1967.”“It is very clear that putting substance in that language is a process that is happening these days in various capitals around the world,” said El-Ad. “Without international action, the violence will go on unabated, and so will the oppression, the injustice and the fear.“Europe has a unique moral responsibility toward Israel’s security, but our security cannot be based on the oppression of Palestinians. In fact, their oppression is the foundation for our lack of security,” he said.El-Ad, on Thursday, met with Danish Foreign Minister Anders Samuelsen, and, in the afternoon, he and Shawan Jabarin, general director of the Palestinian NGO Al-Haq, spoke at an English-language public event called “50 Years of Occupation” hosted by the Danish newspaper Politiken.The two men will speak in Brussels on Tuesday on a panel with former French ambassador Pierre Vimont. The discussion, titled “Six Day War and the occupation of Palestine in a geopolitical context,” will take place at the BOZAR Center.The Palestinian Liberation Organization's Task Force on Public Diplomacy department launched, Saturday, a social media campaign calling on "each and every person who has experienced the occupation in any way" to share their experiences and personal stories using the hashtag #Occupationis as part of a campaign to commemorate the "50th anniversary of the 1967 Israeli occupation of Palestinian land."