Building homes for the new pioneers

With JNF-USA’s Housing Development Fund, venturing out of the center has never been easier or more promising. 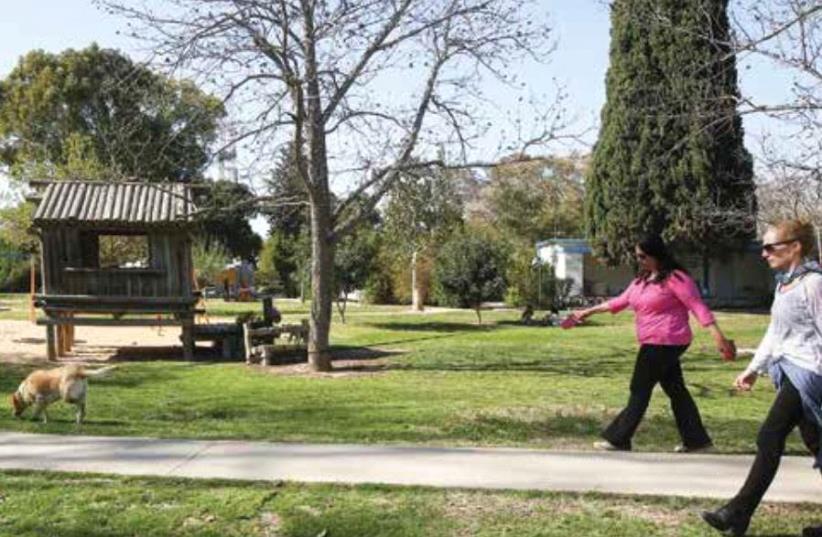 Nahal Oz resident Oshrit Sabag walks her dog in the Kibbutz earlier this month.
(photo credit: MARC ISRAEL SELLEM/THE JERUSALEM POST)
Advertisement
‘If you build it, they will come,” may be a quote from the film Field of Dreams, but it would also serve as an apt philosophy for the JNF’s Housing Development Fund.“For the foreseeable future, JNF-USA’s mission is to assist in the development of the Negev and Galilee, the 80% of Israel’s land mass which has tremendous potential for Israelis to enjoy a better quality of life than in the expensive and congested center of the country,” Rick Krosnick, JNF’s chief development officer told The Jerusalem Post.In terms of numbers, that goal means increasing the population of the Negev and the Galilee by 500,000 and 300,000 respectively. It is not only a Zionist vision of making the Land of Israel prosper, but it also serves to address the fundamental need for affordable housing in Israel.And with home prices in Tel Aviv skyrocketing, venturing out in the periphery allows families to have much more bang for their buck.Unfortunately, while the demand may be there, the capital to get the infrastructure supporting these communities is not.That’s where JNF steps in: JNF works closely with community leaders to help provide loans to expedite what can usually be a long and arduous process. 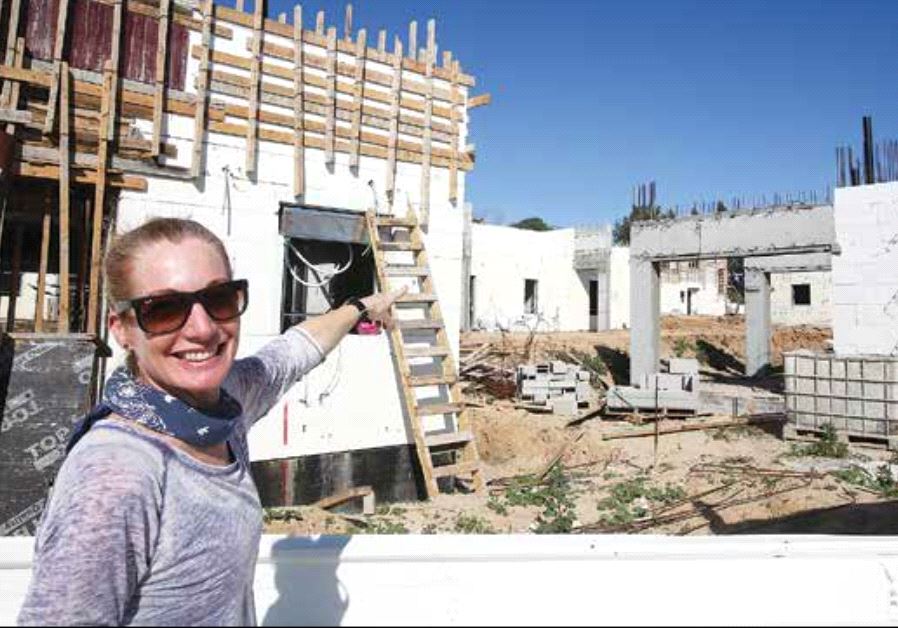 “We want to support the new pioneers of the day,” Jeffrey Schwartz, housing development fund chair, said.“We’re providing the funds, and taking the risk. We say to that community, like Nahal Oz – which is an amazing place – ‘You got half or three-quarters of the sales, we will lend you the money on back-end to do all the infrastructure so you can start building now,’” Schwartz said, describing JNF’s process.JNF’s support is not only a financial one, it’s a moral one as well. That is because once a development has the JNF seal of approval, it inspires confidence in potential homeowners that if they move into these communities that the houses will be built and it will be done on schedule.“The attractive thing about what we’ve been doing is that by the time they need our money, they don’t need our money. By the act of starting – laying down the cement for roads, putting streets in – people believe it’s going to happen and put money down,” he added.And JNF is lending its help across the country. From Esh’har in the North, to Kibbutz Yahel in the South, JNF is helping Israel’s small communities flourish.“I don’t play favorites with my communities, I love them all the same,” Schwartz joked. “However, Nahal Oz is off the charts. Every person I’ve met there is special.”Oshrit Sabag is one of those special people. A Nahal Oz resident of 14 years, Sabag took the Post along a tour of the tranquil and bucolic kibbutz she calls home.“There’s a very special feel to this place. When you come here, you get accepted right away,” she says of the 400 residents in the kibbutz.Although the quiet and peace pervading the kibbutz is certainly not what dominated headlines in 2014 when it was bombarded by rocket fire from Gaza during Operation Protective Edge.“Ninety-five percent of the time here is heaven, but 5% is hell. You have to have the ability to stick out the good with the bad,” Sabag acknowledged.But the bad is what has made moving to the kibbutz a hard sell for many. Those who are afraid of running for shelter several times a day during wartime are understandably reluctant to move their family to such a community.“People don’t come to live in ‘the Gaza periphery,’ because they’re afraid. It’s as simple as that,” she said.For Sabag, those shared experiences have only served to foster a stronger bond between residents.To help alleviate their fears, many families choose to come to Nahal Oz for a trial period. “We build houses that people will be able to rent for a period of time, with the ability to buy, so they come with their families without having to make heavy financial decisions.”And in order for those houses to be built at all, the kibbutz turned to JNF, which saved them from making another in a series of high-interest loans.Like other periphery communities, Nahal Oz must also combat the fact that Israelis tend to gravitate to the center and getting them out of their comfort zone is not always easy.Sometimes visiting friends and family who live in the periphery and getting a dose of their way of life helps some to take the plunge.“In some cases they are the second or third generation who moved to the center and now want to come back home to start their families,” Krosnick explained.Orly Morag is an example of just that. The mother of three moved from Kfar Havradim in the North to be with her children who all live in the South (one son lives in the kibbutz, while her daughter is set to move to the kibbutz as well).For her, the security issue is irrelevant. “The war is not a factor for me. I’m not afraid,” she said, explaining that she was born in a kibbutz nearby, and her childhood memories have made her latest transition feel like a coming home of sorts.JNF is also doing much in the Arava with its Blueprint Negev initiative.“Our main goal in the Arava is to increase its population. We only have 4,000 citizens. The first thing needed, of course, is to make sure we have vacant lots for families. This takes a lot of money,” Eyal Blum, the head of the Central Arava Regional Council, said. “JNF is deeply invested in this cause, not only when it comes to real estate, but also with education, health care and generally improving the quality of life here.”Of course, not everything will go smoothly.“Not everything we do will be successful,” Schwartz conceded, “but we can take smart risks, where the government can’t. We’ll extend ourselves out further because we’re the folks who can do it. If you’re waiting for that entrepreneur or that real-estate developer to go to these locations because it’s a sure-fire bet, they’ll never come. We have, and now we are seeing others follow,” Schwartz said. This article was written in cooperation with JNF-USA.