A 2008 agreement stating that conversions approved by the the Beth Din of America would be recognized as valid in Israel, but the compromise has been slowly unraveling ever since. 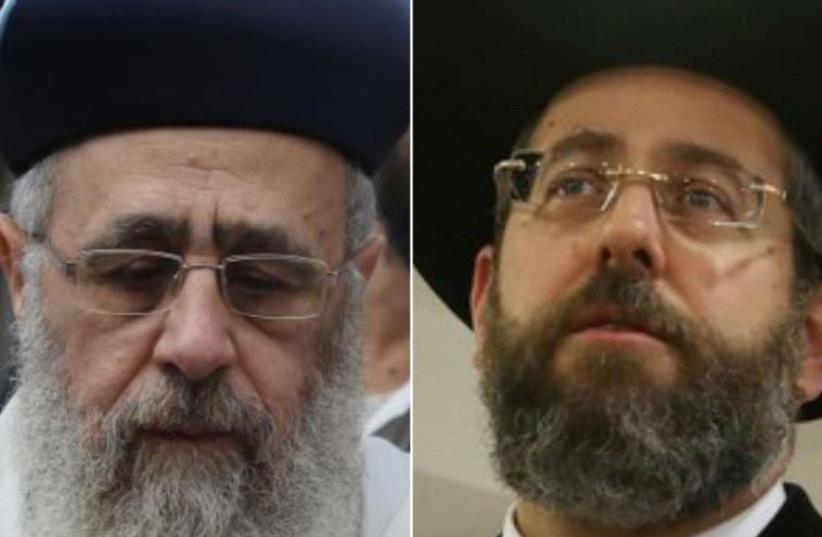 Chief Rabbis Yitzhak Yosef and David Lau
(photo credit: MARC ISRAEL SELLEM)
Advertisement
Chief Rabbi David Lau has expressed opposition to an evolving policy of the Chief Rabbinate not to automatically recognize conversions performed in the US which have formal recognition from the Beth Din of America. His position is in direct opposition to that of his counterpart Chief Rabbi Yitzhak Yosef who appears to be responsible for the new policy of not granting automatic recognition to such conversions. Understandings reached in 2008 between the Chief Rabbinate and the Rabbinical Council of America stated that an Orthodox conversion performed in America and given formal approval by a rabbinical judge from the Beth Din of America would be recognized as valid in Israel by the Chief Rabbinate.However, this agreement has been unraveling in recent years, as numerous cases have occurred in which conversion approvals from the Beth Din of America and its most senior judge Rabbi Gedalia Dov Schwartz, have been rejected. It is the Department of Marriage and Conversion in the Chief Rabbinate, run by Rabbi Itamar Tubul, which has been directly responsible for these rejections. The department is under the authority of Yosef in his position as President of the Supreme Rabbinical Court, and sources in the Chief Rabbinate have indicated that it is Yosef who has instructed Tubul to adopt this new approach. On Monday, an aide to Lau wrote a letter to Tubul, obtained by The Jerusalem Post, in which he stated that Lau had asked him to clarify to Tubul “once again” that “approvals issued by the Beth Din of America and signed by Rabbi Gedalia Dov Schwartz should be recognized, and that they should be relied upon for the purposes of approving [conversion] certificates which are received from the US.”Yosef’s office declined to answer an inquiry made by the Post as to whether the chief rabbi considers the understandings of 2008 as still operative. On Sunday, a spokesperson for the Chief Rabbinate said that every case requiring conversion verification from the US “is examined on an individual basis," and that “there are no all-inclusive approvals or rejections,” indicating that the Chief Rabbinate, under Yosef’s direction, no longer considers the 2008 agreement to be binding. Lau and Yosef have had a high profile quarrel for several months over various issues.The ITIM religious services advisory group which has represented many of the converts requiring recognition by the Chief Rabbinate welcomed Lau’s comments to Tubul, but was critical of the fight between the two chief rabbis. “The internal bickering in the rabbinate is taking place while converts are suffering. This is un-halachic and inhuman,” said ITIM director Rabbi Seth Farber. “We call upon the chief rabbinate to immediately disband the department and issue a statement that all conversions done under the auspices of rabbis from Halachic institutions will be automatically recognized. This is what was always accepted in traditional Jewish society and this should be today's standard.”