Jerusalem mayor Barkat: It is time to fix social injustice. 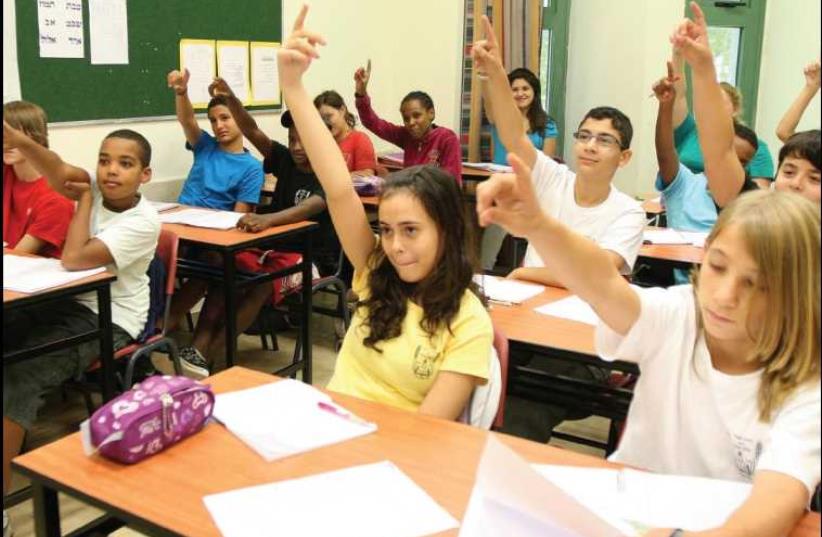 School children in class
(photo credit: MARC ISRAEL SELLEM)
Advertisement
The mayors of some of the poorest cities in the country have come together to fight for differential state funding, to bring equal opportunities for all Israeli children.Dozens of mayors and heads of regional councils, representing more than 56 percent of Israelis, established the Forum for Distributive Justice last week, vowing to present a united front in the struggle to close socioeconomic gaps.“There is no reason that NIS 15,000 is invested annually in a child from Tel Aviv while his friend in Lod receives only NIS 6,000. We have to think of a new path,” Jerusalem Mayor Nir Barkat said. “It is time to fix the social injustice and put an end to the policies that discriminate against over half of the population in the country. Changing the system of funding will bring equal opportunities to all the children in Israel regardless of who they are and where they live.”Barkat initiated the establishment of the forum at a meeting in his office last week with Yeroham municipality head Michael Bitton, Safed Mayor Ilan Shohat, Ofakim Mayor Itzik Danino, head of the Sajur municipality and of the Druse and Circassian Local Councils Forum Jaber Hamoud, and Modi’in Illit Mayor Yaakov Gutterman.The forum will promote equality and the minimizing of gaps in Israel, regardless of geographic location or socioeconomic factors, by demanding differential funding of state efforts in education, welfare and social services starting with the 2016 state budget, which will soon be voted on in the Knesset.“This is the time to fix the social injustice in Israel. The Druse and Circassian villages are an inseparable part of the State of Israel, equal in their duties from even before the establishment of the state, but still today they are not equal in the funding received from the state. The forum we established will bring equal opportunities to all of our children and distributive justice to all the residents of Israel regardless of what religion or sector they belong to,” Hamoud said.