Colombians arrive in Israel to learn how to clear land mines

One official characterized Israeli efforts in helping the mine-clearing efforts in Colombia as a “humanitarian civilian” action. 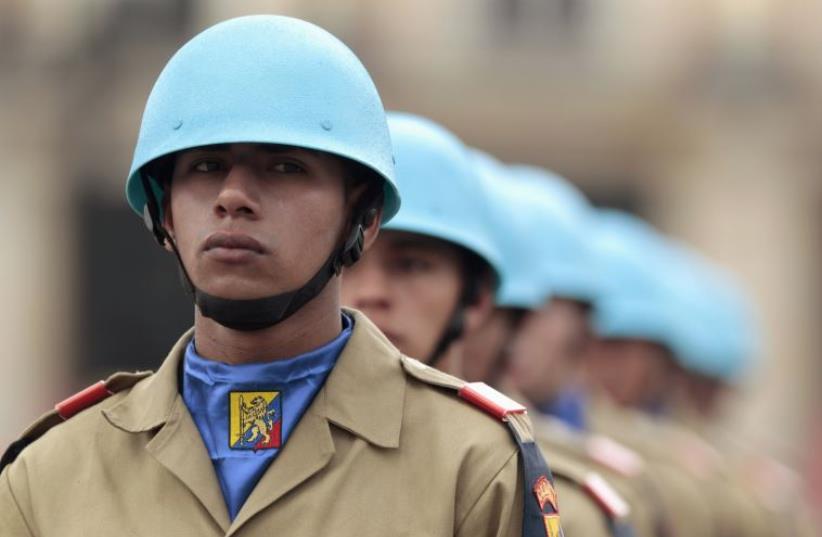 Soldiers from the Colombian Multinational Forces and Observers battalion to Sinai
(photo credit: REUTERS)
Advertisement
Just a week after the Colombian government signed a historic peace agreement with the FARC terrorist organization, a Colombian delegation arrived in Israel to receive training on one of the major post-conflict challenges facing Bogota: how to clear land mines.After Afghanistan, Colombia has had more people killed by land mines recently than any country in the world, with the mines that are spread across the countryside estimated to have killed over 11,000 people in the last 25 years.The eight-member delegation is receiving instruction from the Defense Ministry’s National Mine Action Authority.The IDF is not involved in the program.Israel’s participation in assisting mine-clearing efforts in Colombia is part of a major campaign launched by the Colombian government, the US and Norway. Those three countries convened a donating conference in May – while the peace negotiations between the government and FARC were still taking place – during which Israel took part and determined where its experience could be of help.The Colombian delegation currently visiting, Israeli officials said, is the first step.“Israel and Colombia are old friends,” one official replied, when asked whether Jerusalem would consider sending experts to Colombia to assist on the ground. “If we can continue to help, we would certainly consider that.”The official characterized Israeli efforts in helping the mine-clearing efforts in Colombia as a “humanitarian civilian” action, adding that Israel is happy to contribute to the efforts to improve the lives of Colombian citizens.Modi Ephraim, the Foreign Ministry’s deputy director- general for Central and South America, told The Jerusalem Post last week that Israel expressed a willingness to take part in a variety of international post-conflict projects, to help implement the peace accord that put an end to the conflict in Colombia that extended over five decades and claimed more than 220,000 lives.In addition to the land-clearing projects, those initiatives also include assisting in the development of agricultural areas once under FARC control, and replacing the coca plant – responsible for much of the world’s cocaine – with other crops.“From our perspective this is a historic and important accord,” Ephraim said of the agreement in Colombia, a country that for the last two decades has been Israel’s central ally in Latin America. “We are prepared to help implement the next stage [of the peace accord], which is no less important.”