“Free speech is not freedom for incitement," ruled the court on Sunday. 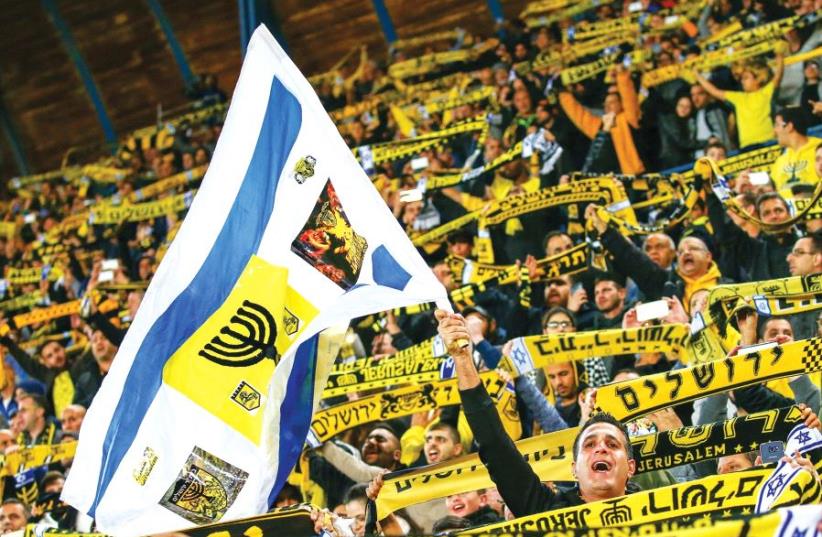 Beitar Jerusalem announced yesterday that its players will leave the pitch before or during matches should the club’s fans continue singing racist songs.
(photo credit: DANNY MAARON)
Advertisement
Lawyer and activist Barak Cohen was convicted of disgracing a police official with poems and songs that he posted on Facebook and YouTube in 2013-2014 by the Tel Aviv Magistrate’s Court on Sunday.The case highlighted a court convicting an activist of a crime for social media postings which many would normally think would come under the protection of free speech.As an activist on several fronts, including on public housing issues and for Beitar Jerusalem soccer fans, Cohen had accused Jerusalem police station Moriah intelligence chief Alon Hamdani of using illegal methods, such as making up incriminating evidence, in police activity against Beitar fans.In June 2013 and on an ongoing basis through much of 2014, he posted poems and songs attacking Hamdani to the point that the police placed Hamdani on a special list for threatened police officers.The court ruled that “free speech is not freedom for incitement. This was not legitimate criticism, but a campaign of degradation. I did not find anything serious in the conspiracy described by the defendant.”Elements of the Beitar Jerusalem soccer fan club have been involved in incitement and violence against Israeli-Arabs in the past, leading to criminal cases and a higher level of conflict with police.