A concert for all seasons 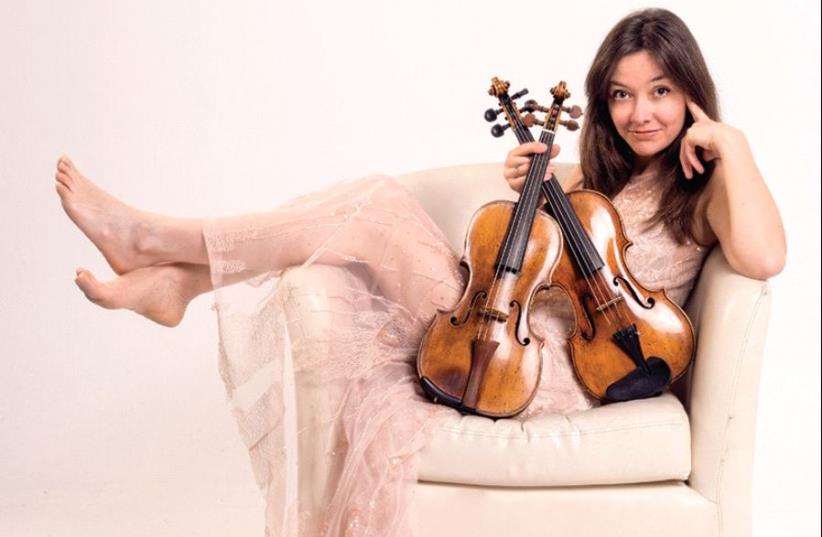 Lina Tur Bonet
(photo credit: PABLO F. JUÁREZ)
Advertisement
Spanish virtuoso violinist Lina Tur Bonet will perform three concerts with the Jerusalem Baroque Orchestra titled “Spring, Summer, Autumn, Winter …Spring.” The program features Vivaldi’s The Four Seasons, as well as a fifth movement of the piece composed by Alon Shab, who was influenced by both Vivaldi and atonal music. The program also includes brief musings by historian and specialist in symbolism Maya Katzir, who will speak about the importance of the number four in ancient philosophy, of the temperaments and the medicine, based on this temperaments theory. The concerts will take place on June 8 in Jerusalem; June 10 in Haifa; and June 13 in Tel Aviv.While many musicians dedicate themselves to the music of a certain era, Tur Bonet is equally active in all fields, performing music from Baroque to contemporary.“I am currently in Kyoto, just after a concert in which I played Baroque, Romantic and modern music. I believe that music can be wonderful in all time periods, and I am sorry that I can play only violin and not other instruments. But with the violin, we have 400 years of great music, and I always find something that suits me. I try to do my best performing on both Baroque and modern violins,” she says.It is not by chance that most artists concentrate on the music of a specific epoch. It allows them to delve into the depth of the genre. How does Tur Bonet manage to switch from Baroque to modern and back without becoming superficial in her renditions? “For me, it was a decision. I really wanted to play the Baroque violin in the proper way, so I did a lot of research and studied the Baroque philosophy and the historically informed performance – everything that was needed to play this kind of instrument correctly. And it was a risk – by that time, I was already performing in concerts. So for two or three years I kept playing a Romantic repertoire on my modern violin but never performed on the Baroque instrument in public, in order to really understand what it meant to play the Baroque violin. During those years I performed with many leading Baroque ensembles, such as Les Arts Florissents and Les Musiciens du Louvre. Thus I could see the difference between performing on the two types of violin. After that, I slowly started to try to play both and to practice on both instruments on the same day, which also took a while. Today, I can play the two instruments in one concert with different techniques. But as I said, it took a lot of time, research and practice. That was because I wanted to play properly,” she explains.“I am a person who likes to learn and do many things, such as painting and photography. And I was a dancer before. There are common things in all arts, and that is what has interested me since I was a child. I discovered that it’s impossible to do all those things because you have to work very hard and go into depth. But with my group Musica Alchemica, I invite artists that I admire and want to share something with. It gives me the opportunity to work with great poets, painters, video artists, even fashion people, and to experience music in different ways. That said, I don’t want to change music, to make any kind of fusion, but rather to create a dialogue between the arts. The result is a lot of beauty, and I really enjoy it. I also think it is interesting for people who are curious about the relationships between things. We do it with all our heart, quite often without any money or other support, but just because we want to meet these people and to experience something. It goes easily, and audience like it very much because I think this is our spirit today,” she says.In regard to the concert program, she adds, “I was very happy to hear about this project of the fifth movement of The Four Seasons. I think these experiments enrich us, and we have to bring classical and Baroque music to the public.Some people think that we classical musicians are far too serious and distant, which is not true. I also think that Bach and Mozart and Vivaldi were quite close to people, and they were animated and humorous personalities. We have to be close to people, just like rock and pop musicians, because the arts are the only thing that can save us.”Tur Bonet sums up: “I think I am a musician because it gives me the opportunity to meet some the greatest geniuses that humanity has ever created – the composers – and share their music with others. Yet I never forget that with all their greatness, they were humans; and, as such, they encountered the same problems that we do.That is why we can understand Shakespeare. Languages are different, but music speaks to one and all. Everybody loves music, and it doesn’t matter whether it is classical or rock or pop.”The Spring, Summer, Autumn, Winter …Spring concert of the Jerusalem Baroque Orchestra, under artistic director David Shemer, with violinist Lina Tur Bonet, will take place on June 8 at 8 p.m. at the YMCA in Jerusalem; June 10 at noon at the Mar Elias Church in Haifa; and June 13 at 8 p.m. at the Israel Conservatory in Tel Aviv. For reservations: (02) 671- 5888 or http://cartis.jbo.co.il/ announce/53116