The Opera Workshop presents ‘The Turn of the Screw’. 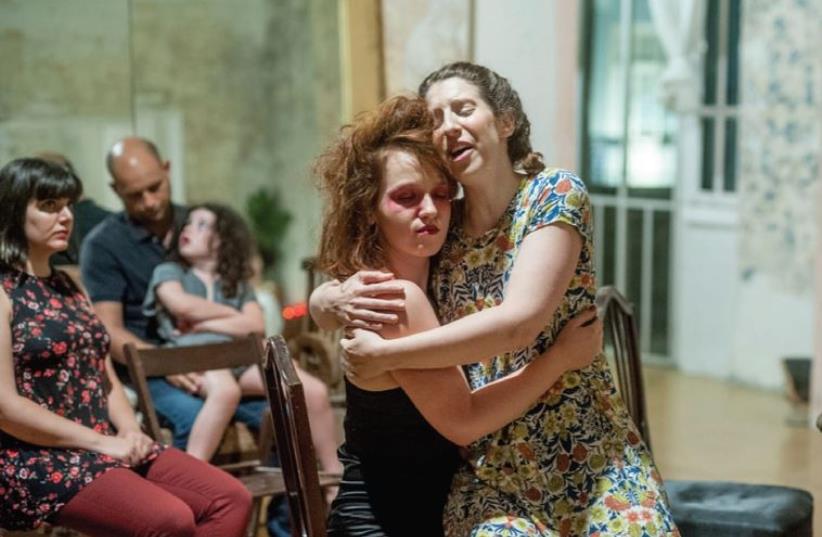 ‘The Turn of the Screw’
(photo credit: MAXIM REIDER)
Advertisement
The chamber opera The Turn of the Screw, presented by participants of the Summer Opera Workshop, staged by internationally renowned opera director Inga Levant, is a must-see.“The piece itself is excellent,” says Levant. “It has more questions than answers, which suits our times.”It was Levant, an experienced opera director, who had suggested to John Norris, the artistic director of the Workshop, to stage Benjamin Britten’s dark masterpiece with his students.“Nowadays, to be accepted to opera houses, young artists have to know the 20th-century repertoire. They will not get very far knowing only La Traviata and Carmen,” Levant stresses.Norris was very enthusiastic about her suggestion.The venue for the opera suits it to a tee.“It couldn’t work at the Conservatory of Music on Stricker Street, but the space at 23 Lilienblum Street has all the features to serve as a perfect setting for the ghost story,” Levant says.The building of which Levant speaks is a beautiful Tel Aviv house built in the 1920s. The abandoned house is currently under restoration. The acoustics are very good.“There is a feeling that people once lived there,” says Levant. “It could have been a haunted house – exactly what I needed for this production.”Levant’s directorial language is simple.“For me, this is anything but an ego trip. I am here to teach the students many things they need – how to learn the role, how to act, how to sing and act while looking at the conductor,” she says.Levant explains that for her, the aim of the direction was to tell the story and to help the young singers.“Britten’s opera takes place in an English mansion. In our production, all the participants are sitting in one room around the table; they are together all the time. They are bonded together,” she says.Despite its simplicity, this production is captivating. It grabs the audience and never lets go. The singing is excellent and so is the acting. It’s hard to believe that it took the young singers only two weeks to produce such a show.

The opera takes place on July 23 at 23 Lilienblum Street in Tel Aviv. For more information, visit www.ivai.org.il. For reservations, call *9066.