A horn of plenty 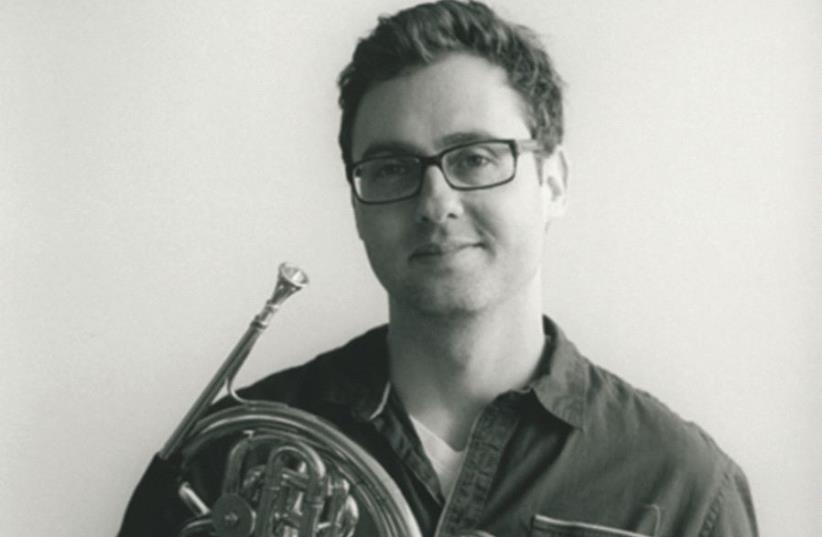 Saar Berger
(photo credit: BARBARA KLEMM)
Advertisement
Saar Berger, an Israeli Frenchhorn player who has a successful international career, will join the Israel Contemporary Players for a concert in Tel Aviv and in Jerusalem. The concerts will be conducted by Guillaume Bourgogne. The other soloists in the concert are oboist Hila Zabari-Peleg; clarinetist Tibi Cziger; and bassoonist Richard Paley.Berger says that he became a musician almost by chance.“As a child, I suffered from asthma. When I was eight, the doctor suggested that instead of taking medication, I should try playing a brass instrument.Deliberating between the trombone and the French horn, I opted for the latter because I just liked it more. By the time I recovered, I decided to continue studying anyway,” he says in a phone interview from Germany.A glance at Berger’s biography reveals that he changed teachers over the years, first in Israel and then abroad.“They were very good teachers, and each one shared with me his or her valuable knowledge,” he explains. “But for me, learning is a long process of looking for my own way and my own voice, and I just couldn’t stop.”Berger joined the Rishon Lezion Symphony in 2001 and remained there until 2005. It is the Israeli Opera’s orchestra, and Berger says that the years he spent with them both on stage and in the pit were exciting and very gratifying.“I played with the orchestra, and I studied at both the Tel Aviv and the Jerusalem music academies with Chezi Nir and Michael Slatkin, where I learned a lot,” he recounts.His passion for learning drove Berger abroad to further his education in Germany.“Already in my Rishon symphony years, I spent a lot of money on traveling to Hamburg, where I studied with Prof. Michael Höltzel. But after a while I felt that it was time for a new beginning,” he says.At the age of 25, he became a student of Marie Luise Neunecker at the Hanns Eisler Academy of Music in Berlin. Upon graduation, his teacher suggested that he audition for a job with an orchestra, but he declined.“I had already played in an orchestra in Israel, and I wanted to advance and to learn more,” he says.His dream was to join the Frankfurt-based Ensemble Modern.“The position of French-horn player in that ensemble was open for five years. I learned about it while still in Israel,” he says, explaining that the Modern, which was founded in 1980, “is a very famous contemporary music ensemble.”In 2007 he was accepted as a member of Modern.“We are 20 soloists in the ensemble, and we are all shareholders. The ensemble plays a lot of contemporary music, including many world premieres of pieces written by living composers. Being part of Ensemble Modern provides me with many opportunities to play solo parts, which i don’t take for granted,” he says.The ensemble’s repertoire ranges from modern and classical to music for theater and film.“For me, it really is a dream come true because it means a constant change of everything – of sound, of style, of fantasy,” says Berger.“It is a full-time job, but it allows me plenty of time for other projects such as performing with orchestras, in chamber ensembles and solo and also leading master classes. I teach young kids, and I want to help them. My path was a very hard one: I constantly fought to do what I wanted to do. And I try to help kids find their own way. I explain to them that learning to play the French horn is not only about the notes but also about learning how to communicate with the audience through their instrument,” he says.The concerts take place March 18 at The Tel Aviv Museum of Art at 8:30 p.m. and March 19 at 8:00 p.m. at the Jerusalem Music Center.For reservations: (03) 6077070 (Tel Aviv), (02) 6241041 (Jerusalem).