A pleasant repast at Porto

The Italian restaurant opens a second branch in Sarona. 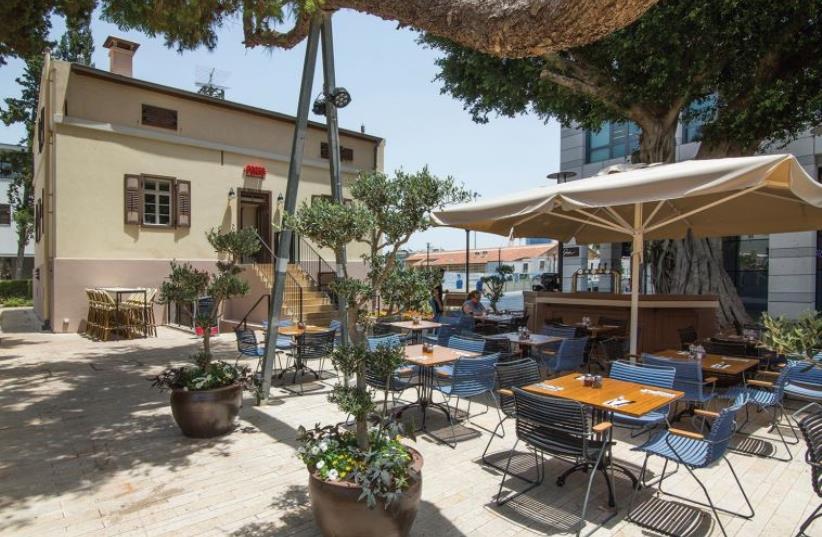 Porto restaurant
(photo credit: PR)
Advertisement
Upon completing a successful two years at the Tel Aviv Port, the owners of Porto have expanded, launching its second restaurant in one of the free-standing houses in Sarona. To mark the occasion, Porto – whose slogan is “authentic Italian cuisine” – is introducing a revamped menu in both locations.Both locations also feature spacious al fresco seating areas. The outdoor area at the Tel Aviv Port branch looks out over an endless expanse of Mediterranean, while the one in Sarona occupies a prime spot facing the center of the complex.The menus, available in Hebrew and English, feature new items in both the food and alcohol categories. At present, only the Hebrew one mentions that the pasta dishes can also be gluten-free, egg-free or made with whole wheat. Porto is also planning to offer pizzas without cheese. Additionally, while the online menu in Hebrew has been updated, the English one has not.There are just a few specialty cocktails on the menu, alongside some classics. The Rosso Maraschino (NIS 39) – cherry vodka, cranberry juice and blood orange liqueur – is sweet and refreshing. A bit more astringent but also ideal on a hot summer’s day is the Spritzzoso (NIS 29), a bottled aperitivo that is imported from Italy.There are two types of bruschetta among the appetizers, from which we elected to try the melanzana, or eggplant (NIS 33). Although Porto does serve focaccia, the toast in this dish was neither that nor ciabatta but just ordinary bread. The subtly seasoned braised eggplant, served at room temperature, was topped with a dollop of fresh ricotta cheese and garnished with a thin slice of red chili pepper. There was enough of this one antipasto for two to share.Also among the starters, somewhat surprisingly, were two pasta dishes – ravioli, to be exact. The ravioli ma (mia, according to the Hebrew) (NIS 41) consists of two slightly elongated pasta pockets filled with corn purée, in a cream and Parmesan sauce containing small cubes of smoked duck breast and the yolk of an egg. This dish was so delicious that I would gladly have ordered it as a primary pasta course.The pasta courses are classified in categories according to their sauces: tomato-based, cream or olive oil. Having sampled one from the cream category as a starter, we next chose the spaghetti guso (NIS 68): the familiar pasta with chicken breast, duck breast, cherry tomatoes, zucchini, olives, arugula and chili pepper, in an olive oil, white wine and garlic sauce. This hearty dish, full of a nice variety of ingredients, derives its salty undertones from the black olives, and its overall spiciness from the liberal sprinkling of flecks of red chili pepper, leaving a pleasant tingle of heat in the mouth.Perusing the entrées, we were a bit puzzled to discover they were virtually all standard Israeli fare (like schnitzel and hamburger), with only one (chicken scaloppine) that sounded like it represents Italy’s culinary heritage. So we took another look at the specials and were intrigued by the risotto funghi (NIS 68): three kinds of mushrooms and spinach slow-cooked with rice in a white wine, cream and Parmesan sauce. This was another winning and well-balanced dish. In fact, since it is rather filling, and it’s worth saving room for dessert, one should consider leaving some over to take home and continue indulging later.There were a number of tempting dessert choices (NIS 39). The De Lana – polenta cake with lemon cream, glazed cherries, almond cream and whipped cream – was a terrific combination of light and moist cake enhanced by sweet fruit, tart lemon and frothy whipped cream.The chocolate mousse, meanwhile, made with mascarpone, was unusually rich and creamy. It also benefited from the same cherry confiture that improved the De Lana, as well as a smear of crème anglaise, and two impressive tuiles redolent with the flavor of dark cocoa.Porto serves discounted business lunches, children’s meals and Italian-accented breakfasts on weekends. If you stick to the basics – pizza and pasta – you are bound to enjoy your meal.The writer was a guest of the restaurant.Porto Not kosher Hangar 21, Tel Aviv Port Tel: (03) 546-1140 Sarona Complex Tel: (03) 657-7736.