A spotlight on those living off the land 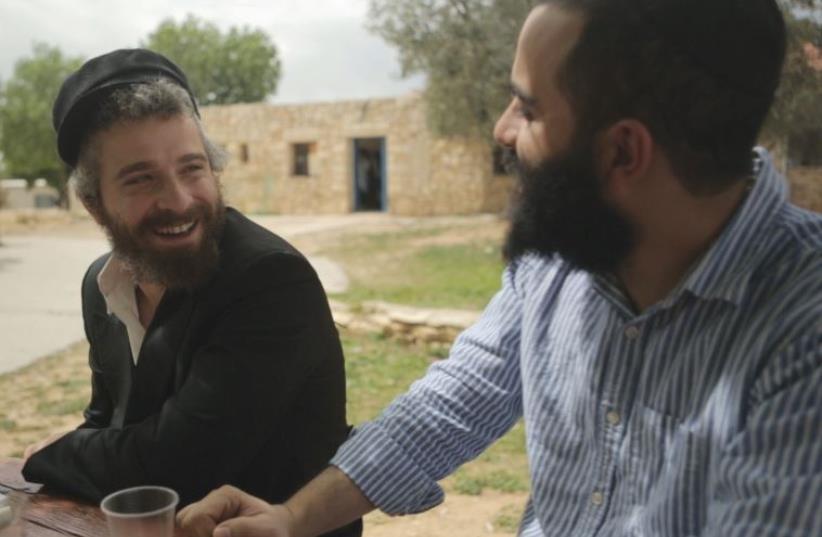 ELAD NEHORAI (right) speaks to a Bat Ayin resident in March.
(photo credit: Courtesy)
Advertisement
They grow their own olives, ferment their own wine, blend their own green juice and maintain a creative and spiritual existence, with deep ties to the land.But this particular brand of hippies isn’t found deep in Brooklyn or northern California.Instead this unique population makes its home in the small Israeli settlement of Bat Ayin, with a population of less than 1,000.Bat Ayin, located in the Gush Etzion settlement bloc, is made up of an eclectic mix of hassidim and other religious Jews, the majority of whom are baalei teshuva, those who adopted a religious lifestyle later in life. A large number are also American immigrants, and many are artists, musicians, writers, farmers and scholars. This exceptional community is the focus of a new online webseries on the site Hevria.com, titled simply Bat Ayin.