A story in time

‘Cassandra’ will be performed in Tel Aviv. 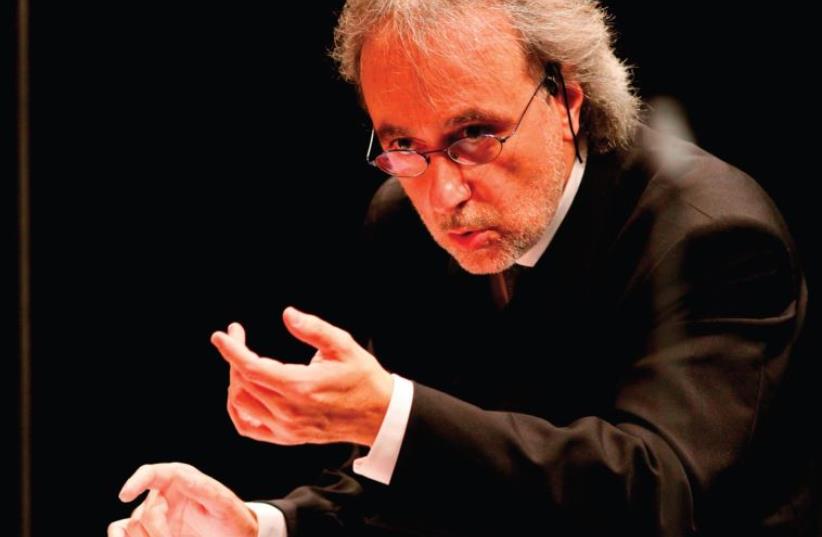 Andrea Pestalozza
(photo credit: VICO HEMLAH)
Advertisement
The Israel Contemporary Players will join forces with the Nimrod Opera company of Zurich and a glittering array of top stars from across the globe in a production of the opera Cassandra, which will take place at the Tel Aviv Museum of Art on March 5 at 8:30 p.m. The multisensory, multidisciplinary show is set to a score by Michael Jarrell.Cassandra is based on the novel of the same name, published by East German-born writer Christa Wolf in 1984. The story takes place during the Trojan war, and the eponymous central figure is a Trojan priestess, daughter of Priam, the king of Troy.While Cassandra has a close relationship with her father, she does not get on well with her mother, queen Hecuba. Her predicament is exacerbated when the god Apollo, miffed at having his advances toward her rejected, grants her the power of prophecy but curses her that no one will believe her prophecies. Things come to a tragic head when Cassandra foretells the destruction of Troy, but her warnings fall on deaf ears.In addition to the Israeli ensemble and Swiss company, the production includes the skills of Italian conductor Andrea Pestalozza; Swissbased British musician, actress and opera director Pamela Hunter; and Czech video artist Dalibor Pys. Add to all that the efforts of the contemporary dance ensemble of the Nimrod Opera, film and live camera video, and paintings by 20th-century Belgian symbolist Paul Delvaux, and you have one richly appointed entertainment package.The novel also references the political circumstances in which the author lived most of her life as a resident of Communist-governed East Germany. Does Pestalozza feel that the opera reflects that in addition to the Trojan legend? “It is not easy to answer to this question,” says the conductor. “In Christa Wolf’s tale, myth and history interconnect, but Cassandra in Wolf’s vision is a modern woman, a quasi-feminist.There is a passage which illuminates the deep signification of the text: ‘ ...the same old story: Not the crime but its heralding turns men pale and furious. Know that we would rather punish the one who names the deed than the one who commits it. In this respect, as in everything else, we are all alike.’ The pure truth has always been kept secret! Actually [this is] a text on the atrocity of the war and its falsehood,” he says.The conductor notes that the source story also provides a neat departure for the musical stratum.“The text offers many cues to the interpreter and can awaken his musical imagination,” he says.The contemporary nature of the source text demands a similar musical mindset, and that is amply provided by Jarrell. Pestalozza says the here-and-now spirit of the score is a given.“I think that the language of the contemporary music, nearly illimitable, particularly fits the theater and renders the infinite nuance of a tale,” he says.Like most operatic works, Cassandra also has a universal feel to it, and Pestalozza says Jarrell’s composition does a good job of conveying the perennial elements.“Of course, the human feelings are timeless, but music and language need to develop. It would be impossible to describe the infinite tensions and contradictions of our time with an old and stale vocabulary,” he reasons.Over the years, Pestalozza has made a habit of drawing on more contemporary sounds and energies. That is largely a result of his firsthand experiences with many of his country’s leading composers.“I already knew the most important Italian composers like Berio, Nono, Donatoni, Sciarrino and then Francesconi, Romitelli, Gervasoni and Stroppa from childhood,” says Pestalozza. “My mother worked at Ricordi, the musical publishers, and she used to invite home the composers, with whom I would worked, first as percussionist and then as pianist and conductor. My father was a pianist, and he was the first to play after the war, with authors [composers] like Schoenberg, Webern, Hindemith, Dallapiccola.So I grew up immersed in contemporary music,” he explains.That gave the conductor something of a head start on appreciating modern new works compared with his peers, but he feels that in the interim, times have changed for the better.“I heard many concerts of new music when I was a boy. At that time, you often heard contestation and dissent. [But] the approach of the public has now completely changed. Today there is a great passion for new music,” ge says.Even so, there is room for more improvement.“Today there is a great passion for new music, although the public is still too small,” Pestalozza observes.Au courant leanings notwithstanding, Pestalozza says one needs to address the historical context and temporal continuum from which a particular work stems.“Of course, each epoch has its style, but it is not possible to thoroughly understand a composition without comparing it with ones of preceding eras. My approach to a score always has a historical method. I look into the relationships among the epochs and, above all, I study not only the sore but also the period in which the composer lived, through letters, historical and musicological research,” he says.In this case, that requires delving into 20th-century history, as well as the Trojan myth. It all makes for a fascinating fusion of cultures, zeitgeist and sonic delivery.