A treat of a trio

Jazzmen Mehldau, Scofield and Guiliana team up at the Shuni Auditorium. 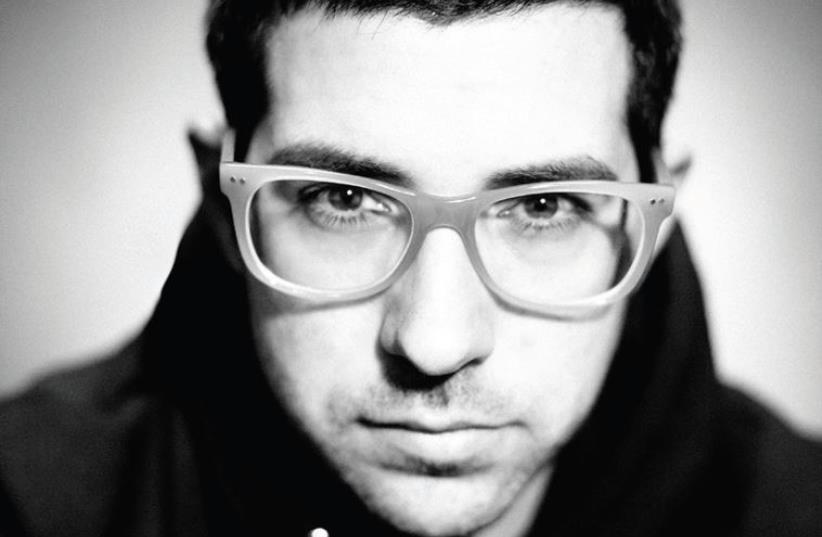 Brad Mehldau
(photo credit: Courtesy)
Advertisement
Jazz guitarist John Scofield has performed in Israel quite a few times over the past couple of decades. His audiences have always warmed to his playing and his geniality, whether at the Red Sea Jazz Festival in tandem with (the late) bassman Charlie Haden or at the Jerusalem Theater with his own band.The former Miles Davis sideman has been putting out mainstream jazz and funk-laced sounds for more than 40 years now, some of which have seen him mix his musical muse with that of pianist Brad Mehldau. The two will join forces again, together with drummer Mark Guiliana, for one gig here, at the Shuni Amphitheater near Zichron Ya’acov on July 18 (doors open 7:30 p.m., show starts 9 p.m.).The trio format is something with which 45-year-old Mehldau clearly feels at ease. The American pianist’s bulging discography features a series of albums called Art of the Trio, often with Larry Grenadier on bass and Jeff Ballard on drums, with other trio members over the years including Spanish drummer Jorge Rossy.Mehldau’s oeuvre has ranged far and wide since he put out his first release, in a quartet he co-led with Spanish saxophonist Perico Sambeat. That was a 1993 effort called New York-Barcelona Crossing, Volumen 1. It was followed by New York-Barcelona Crossing, Volumen 2 later the same year. Rossy was behind the drum set for that date.Mehldau’s early musical influences were the pop and rock he heard on the radio. There was always a piano around in the Mehldau household, and the youngster began reproducing pop numbers he’d heard on the keyboard. His direction of thought altered when he began taking lessons with a classical piano teacher, but by the time he was 14 he began to be drawn by the seductive jazz sounds of the likes of Canadian piano titan Oscar Peterson and avant-garde jazz pioneer saxophonist John Coltrane.The youngster soon began to chalk up bandstand time, playing in his high school jazz ensemble in West Hartford, Connecticut, to where his family had relocated from Jacksonville, Florida, when Mehldau was 10. He also played a weekly gig at a local club and earned some pocket money playing at weddings and various other social events.He upped his developmental ante at 18 when he moved to New York to attend the New School for Jazz and Contemporary Music in Manhattan, benefiting from the wisdom and experience of such celebrated jazz luminaries as pianists Fred Hersch, Junior Mance and Kenny Werner, and drummer Jimmy Cobb.A year later, Mehldau began to get a better handle on the reality of the life of a working jazz musician when he participated in an extended tour with saxophonist Christopher Hollyday. Being out on the road, often playing night after night, also gave Mehldau the opportunity to find his own niche and develop his own style. He soon began gigging with Cobb – one of the most venerable drummers around – and fellow student guitarist Peter Bernstein.It is difficult to nail Mehldau down in terms of style or preferred format. While the triad arrangement has served him well for more than 20 years, the pianist has also put in some creditable solo performances and has released the odd solo album, such as his 1999 one-man CD Elegiac Cycle; and Live in Tokyo, which came out in 2004.Mehldau clearly likes to keep his fans guessing, and he has taken a meandering oeuvre course thus far. His range of influences is wide, and he proffers classical sentiments alongside mainstream and more envelopepushing jazz material, with his more contemporary pop and rock influences making their presence felt from to time as well. The Beatles’ “Blackbird” gets a singular reading on the first installment of the Art of the Trio series, with Mehldau backed by Grenadier and Rossy. The rendition flows seamlessly through all kinds of musical territory, taking in blues, gospel references, Bach-like lines and funky undertones.The aforementioned live solo recording in Japan also includes a learned interpretation of “Paranoid Android” by British rock band Radiohead and “River Man” by late British singer-songwriter Nick Drake. There have also been covers of Pink Floyd’s “Hey You,” “Smell Like Teen Spirit” by Nirvana and “Teardrop” by Massive Attack. If you know the original, you will recognize the theme and spirit of each rock or pop number in Mehldau’s delivery, but the jazzman always manages to make the piece very much his own, too.All three artists who will be on show at Shuni have joint efforts in their bios. A couple of years ago, for example, Mehldau and Guiliana recorded an album called Taming the Dragon, and the 35-year-old American drummer also spreads his talents across several fields of musical expression. Guiliana’s expansive CV features berths with David Bowie, Matisyahu and Tunisian-born oud player and singer Dhafer Youssef, as well as contributing to a string of jazz projects, including joint ventures with top Israeli artists such as bassist Avishai Cohen and saxophonist Daniel Zamir.The members of the Shuni audience should find themselves duly entertained.

For tickets and more information: www.zappaclub.co.il.