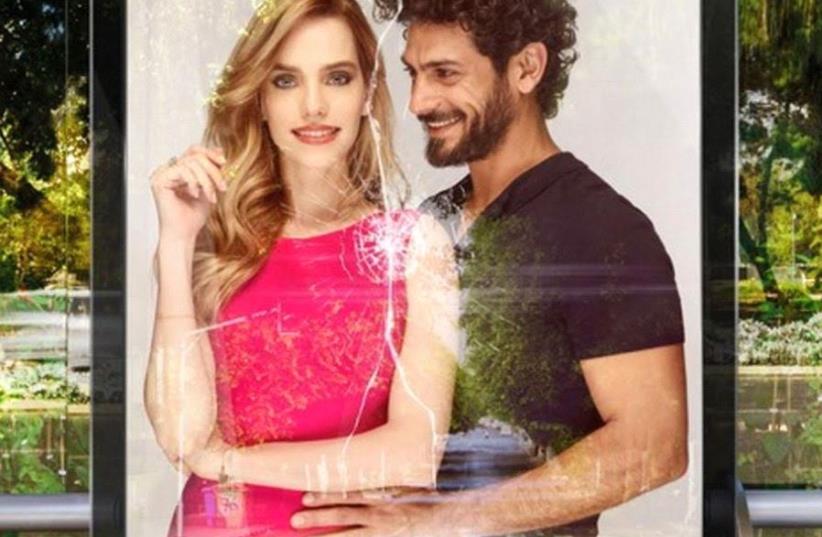 A poster for the Israeli comedy 'Lihiyot Ita'
(photo credit: Courtesy)
Advertisement
The story of a Yemenite family who own a bakery in Bat Yam is about to go international.Amazon Studios has picked up the global rights to the Israeli comedy Lihiyot Ita, which goes by the name The Baker and the Beauty in English.The TV show, whose second season is currently airing in Israel, will be available to viewers in more than 200 countries and territories worldwide.Amazon will stream the original version of the show, with subtitles suited to each region.The show, created by Assi Azar, follows the life of Amos Dahari, who works in his family business and lives with his parents, and Noa Hollander, an international supermodel and heir to a family hotel fortune.The pair, of course, meet cutely and fall madly in love, despite their hugely different backgrounds. With Amos’s entertaining and interfering family and Noa’s demanding career, things get both prickly and hilarious.Azar, one of the most popular Israeli TV hosts and personalities, created the show in part based on his background, growing up in a Yemenite family in Holon. It is no secret that Azar originally created the show for his friend and international supermodel Bar Refaeli. But when Refaeli backed out at the last minute, it left Azar down both a lead star and a friend. The pair have never reconciled; the first season aired in 2013.But Rotem Sela stepped into the role alongside Aviv Alush, and the show has been wildly successful in Israel. The current season is consistently the most popular scripted TV show on air each week.Amazon won’t be the first to bring the show to an international audience; the first season aired on the UK’s Channel 4 last year. The show was also adapted for a Dutch audience in The Netherlands.Amazon purchased the rights from Keshet International for an undisclosed amount.“Owing to its totally universal appeal and uncompromising high production values, The Baker and the Beauty has found itself another new home on one of the world’s most prestigious content platforms, Amazon Prime Video,” said Keren Shahar, president of distribution for Keshet International. “We’re delighted to be in business with Amazon again, and this time on a global level.”Keshet said the show will become available to Amazon Prime members around the globe later this year.