Instagram favorite Talia Peretz to lead class as a part of the Israeli Yoga Festival at Gan Hashlosha. 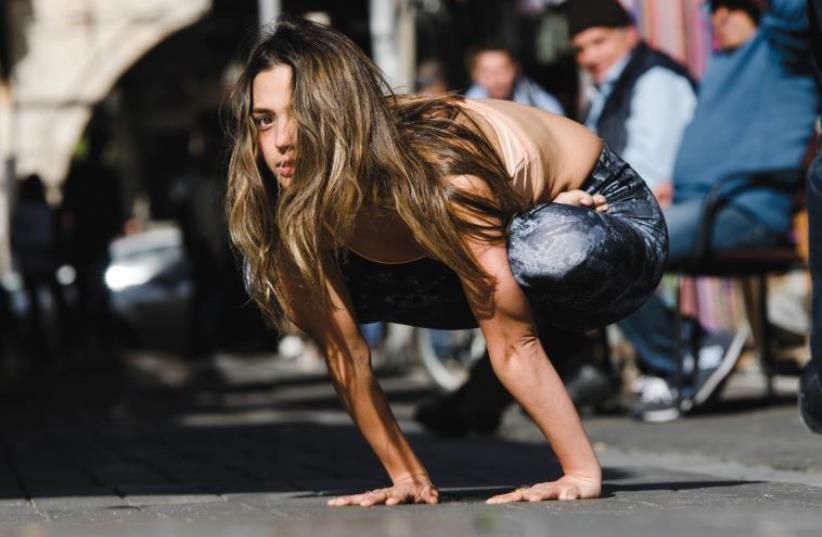 TALIA PERETZ.
(photo credit: NIR HAIM SACHAROFF)
Advertisement
"I think it will be an elevating experience. It’s a chance to come together and accept one another with love and open arms,” says yoga instructor and new immigrant Talia Peretz, more well-known by her Instagram name, Talia Sutra. She was talking about the first Israeli Yoga Festival, taking place at Gan Hashlosha from May 26-28.Peretz has 250,000 followers on her Instagram account, which she uses to connect to fellow yogis and to spread her message, and trending hashtag, that “#loveandalliscoming.”In an interview with The Jerusalem Post, she explains how social media is a tool to speak to her dedicated followers, from Israel to America, as a way of extending the reach of her daily teachings and enlightenment.“They say a picture is worth a thousand words. Before our evolution to written words, we communicated ideas through drawings and symbols. I think visual communication is extremely powerful in the way it breaks through the language barrier,” Peretz said.Born in Tiberias, her whole family relocated to New York City in her early childhood. She was first exposed to yoga practice and philosophy as a 6-year-old, when her mother battled lymphoma. Yoga helped her mother remain herself while facing cancer, and Peretz became fully devoted to yoga as a 21-year-old at a New York studio called Yoga to the People.She spent most of her time at Yoga to the People, where she eventually became a certified yoga teacher.“Soon enough I was wearing mat-cleaning spray as perfume and texting out schedules to new teachers. I was teaching four, sometimes five classes a day, mostly in heated studios,” she explained. “I sweat so much I just stopped sweating. I couldn’t remember where I was when I was teaching anymore. All of the students and words and days blurred together. I realized I needed a change and made the choice to leave my secure but draining position as a studio manager.”After she created a lighter schedule for herself, she was able to devote her free time to her own learning and practice.Peretz, who grew up in a Modern Orthodox household, said it was difficult for her to accept Judaism.“I questioned everything and no answer satisfied me. I actually separated myself from Judaism throughout most of my life, especially as a teenager and during my early twenties. I connected instead with Eastern philosophies, I worshiped dancers and artists and was religiously vegan by age 11,” she said.But, after a friend of hers sent her a book called Magic of the Ordinary by Gershon Winkler, she had a change of heart. Meeting the author in his home, her entire perspective on the topic changed. Now, she keeps Shabbat and is inspired by the root of all the rituals and practices of Judaism, especially since her return to Jerusalem seven months ago.“I have never been more inspired and at awe at the wisdom at the root of all the practices and rituals and celebrations I took for granted for so many years,” she adds.More often then not, the practice of yoga intersects with other religious teachings as well. Judaism, and specifically Hassidic thought, inspires her yogic thinking, writing and teaching.“Yoga and Judaism intersect with Truth, Joy, Wisdom and Love for me. Teaching and learning go hand in hand. It is impossible to do one without the other.An excellent teacher is simply an excellent student. In order to teach, I must be genuinely inspired and able to renew my connection and relationship with yoga; so I would say my favorite thing about being a yoga teacher is that I am always learning,” she says.For more information on the Yoga Festival go to http:// yogafestival.co.il.