He was a poet of love, of war, of citizenry, of history – all at the same time.

There are many quotations about poetry. Two that I love are “Poetry is emotion recollected in tranquility” and “When life touches us, poems appear like bruises.” Poets are special people – sensitive, gentle, compassionate. One of Israel’s acclaimed poets was Yehuda Amichai, who died in 2000, aged 76.

It is 22 years since we lost the voice of my generation – our beloved poet, Yehuda Amichai. He was a poet of love, of war, of citizenry, of history – all at the same time. Israel claimed him as its own, but his poems have been translated into 40 languages, and he is acknowledged as one of the world’s greatest poets. It has been more than three decades since I interviewed him in his charming house in Yemin Moshe, just outside Jerusalem’s Old City. I have never forgotten the impression he made on me – modest, humorous, gentle, ironic and a complete paradox.

He was born Ludwig Pfeuffer in Wurzburg, Germany in 1924. He and his family fled Germany during Hitler’s rise to power when he was 12. In Israel’s War of Independence, he fought in the IDF, and the horror of his wartime experiences imbues much of his poetry. According to translator Robert Alter, he was “the most widely translated Hebrew poet since King David.”

Many of his poems have the quality of musical etudes, and a lot of the titles contain the word “now,” as though he was trying to cast off eternal values and replace them with the intensity of the present experience.

I was rather intimidated to be in the presence of such a great man, but he put me at ease with his modest and kind demeanor. He suggested we focus on just one of his poems, and discuss the symbolism of “Out of Three or Four in a Room,” which was translated to English by Assia Gutman: 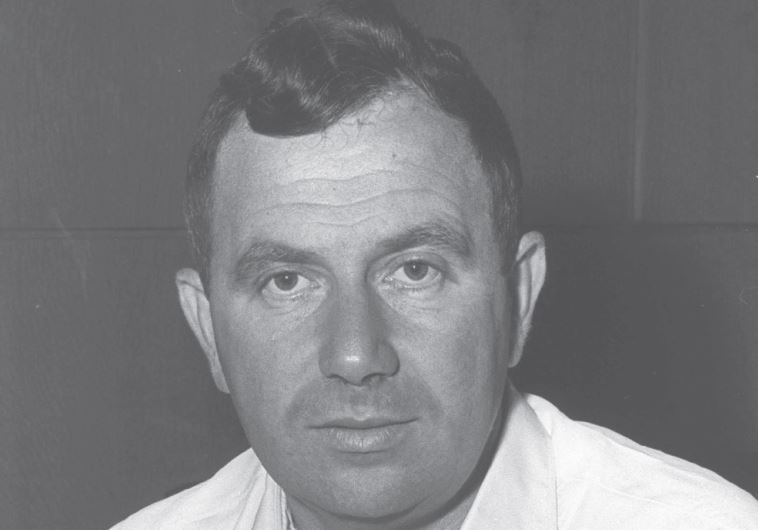 “Out of three or four in a roomOne is always standing at the windowForced to see the injustice amongst the thornsThe fires on the hill.The people who left wholeAre brought home in the evening like small change.”

He told me it described his conception of the poet’s role (he is the one standing at the window.) To him, the poet was a special creature who lives in two worlds, but is not quite at ease in either. One world is the room, a protected place. The other world is the stony landscape of the Judean Hills, seen through the window as a place of injustice, destruction, waste and unfulfilled longing.

Men go into the world in the morning of their lives whole in spirit. But by the evening of their lives, they are diminished, rendered smaller by compromise and frustration. Every poet longs to be a prophet, but he cannot inhabit the wasteland. He can only observe it from a safe position at the window.

Two of his constantly recurring themes were his father and war:

“My father was four years in their warAnd he didn’t hate or love his enemies.But I know, already on the battlefieldHe was forming me daily out of his tranquilities.”

I HAD A lot of questions I wanted to ask him, but most of the time I just listened, fascinated by his words. He told me he grew up in an Orthodox Zionist house, but even as he abandoned formal religious beliefs and practices as a young man, he continued to honor his inheritance.

Many of his poems read like secular prayers. He asked me about my feelings on Jerusalem, and quoted some of his own... “A port city on the shore of eternity”; “The Venice of God” and “A place where, from time to time, a new shipment of history arrives.”

Together with poet Amir Gilboa, he received the Israel Prize for Literature in 1982. He achieved greatness in writing in a language not his own, for he didn’t learn Hebrew until he was 13. Surprisingly, he told me he was most influenced, not by the German poets as one would expect, but by English poet W.H. Auden.

The best description of the literary giant Yehuda Amichai is his own:

“All past generations have donated mePiece, by piece, to be built here in Jerusalem.”

He was our psalmist, whose words plucked at our heartstrings. He is gone for more than two decades, but for most of us, his music lives on.” ■

The writer is the author of 14 books; her latest novel is Searching for Sarah. [email protected]