'A Hero' tells the story of one man's bad choices - review

A Hero looks at what happens when one mistake leads you into a sinkhole that keeps getting deeper.

Asghar Farhadi’s latest film, A Hero, which had its premiere at the Jerusalem Film Festival (and which won the Grand Prix at Cannes) and which opens throughout Israel on July 28, looks at what happens when one mistake leads you into a sinkhole that keeps getting deeper. It’s a feeling that anyone, no matter how successful they are, can relate to and Farhadi tells the story with real feeling for the protagonist’s predicament, but with a certain detachment. Rahim (Amir Jadidi) is not a gleaming innocent in an evil world but a man who makes many bad choices, understandable though they may be, and the story keeps getting more complicated as it goes along.

You may recognize Farhadi’s name because his movies A Separation and The Salesman have won Oscars for Best International Feature, and not because he is one of several Iranian directors who have recently been imprisoned by the government. Farhadi’s success has given him a certain degree of protection. Even the Iranian government respects the Oscars, apparently, and he has been allowed to go abroad and make movies in Europe, such as The Past and Everybody Knows (which was completely in Spanish). It may also help that his movies tend to focus on criticism of small-minded bureaucrats and not of the bigger picture.

It starts as Rahim leaves debtors’ prison, where he is being held for a two-day leave, and goes to see his brother-in-law, who, conveniently for the director and the viewer, works on a crew that is restoring the archeological site at Persepolis. He climbs step after step on scaffolding to get to the top, only to be told he needs to go down again and it sets the theme for the movie: ascent and descent. When his fiancée, Farkondeh (Sahar Goldust), is introduced, she also must descend a flight of stairs to meet him and I wondered if it was more than coincidental that she was donning a chador as she walked down.

HIS PLAN is to try to get the man he failed to pay back to rescind his complaint, which will allow him to leave the prison and reconnect with his son, who stutters and who lives with Rahim’s ex. He paints beautiful signs and does calligraphy, but he is not the sharpest knife in the drawer and when he borrowed money to start his own business, he made the mistake that landed him in prison. When a prison official tells him at one point, “I can’t tell if you’re incredibly smart or incredibly simple,” he responds, “If I were smart, would I be in prison?” He knows his limitations and that is one of his most winning qualities. He is reminiscent of a Frank Capra hero, a man who is loyal and wants to do the right thing, but who is thwarted by the world in which he lives. 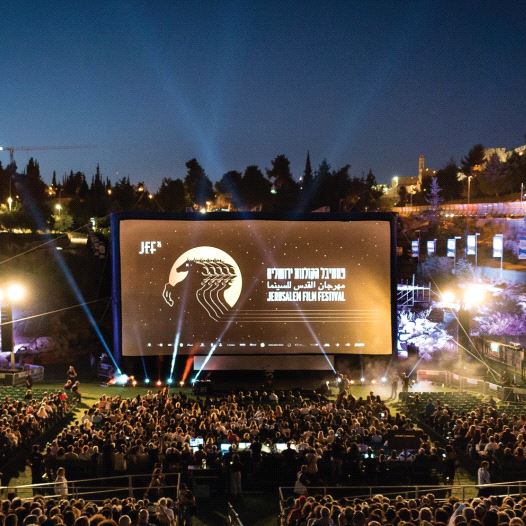 His new plan, not surprisingly, quickly goes awry. His fiancée has found a bag filled with gold coins, enough to pay back a sizable portion of his debt, if he gets a good rate for changing them. But there is a problem at the money changer and Rahim gets cold feet, thinking he should try to find the owner of the bag and posts notices. When someone turns up to claim it, the prison officials get wind of it and, instead of criticizing Rahim, lionize him for his generosity, which is picked up by television and social media. But at a certain point, certain key people begin to doubt his story of finding the bag on the street and he cannot tell him that his fiancée found it, because, according to Iran’s strict laws, he is not supposed to admit that he even knows her. And because he has told a lie, his whole story unravels and the goodwill it has brought him disappears.

Amir Jadidi gives an outstanding performance in the lead role and you root for him, even as you get frustrated over everything he does that makes his situation worse. He is in nearly every scene and holds the screen brilliantly.

There is no doubt that it is interesting to get a glimpse of daily life in Iran, which often looks a bit like a neglected city in central or southern Israel, and it was surprising to see how the reach of (even censored) social media has become central to life there. But there is no deep criticism of the regime here. A Hero is squarely focused on how ordinary Iranians live their daily lives and because of that, it can speak to audiences around the world.