Karhi and the Likud have spoken in the past about their intention to privatize Kan and open it to competition.

Public broadcasting's budget will be reduced by hundreds of millions of shekels already in the upcoming budget, Communications Minister Shlomo Karhi announced on Saturday in an interview with N12's "Meet the Press" with Amit Segal and Ben Caspit.

"There is no place for public broadcasting in the State of Israel," Karhi said. "There will be the removal of barriers and the opening of the market to competition. The corporation's budget will be reduced by hundreds of millions already in the upcoming Arrangements Law."

Golan Yochpaz, CEO of the Israeli Broadcasting Authority, addressed Karhi's threat, writing on his Twitter page that "a cut of hundreds of millions from the corporation's budget means one thing - the closure of the Public Broadcasting Corporation, which in Israel and around the world has become a symbol of real Israeli quality and creativity. The corporation, as an independent broadcaster, will resolutely continue its activities and action, despite the threats to its very existence."

Karhi has spoken about this before

The Communications Minister has spoken on the subject in the past at a conference at Reichman University (IDC) saying that "the liberal economic concept of the Likud and the economic right is to remove barriers, regulation and factors that harm the free market and competition. When there is one player who receives millions of shekels a year, including the various councils, this constitutes a significant barrier to competition. New players find it difficult to cope with the ability of a big player who receives huge budgets. 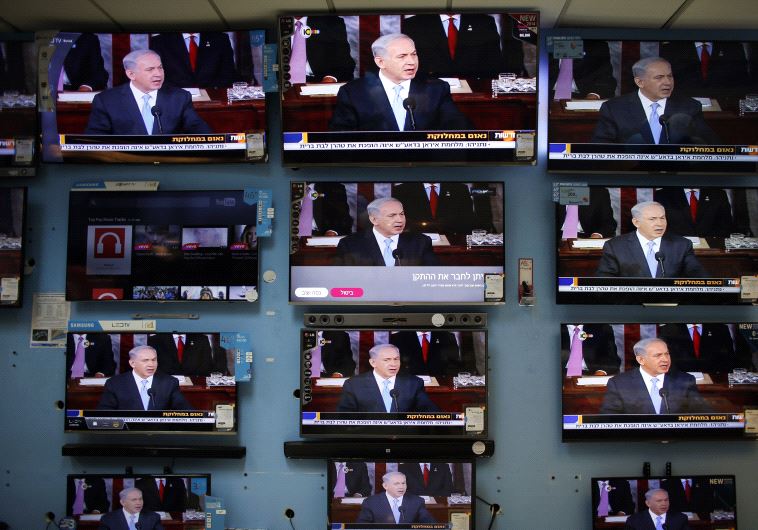 Netanyahu is seen delivering his speech to the U.S. Congress on television screens in an electronics store in a Jerusalem shopping mall March 3, 2015 (credit: REUTERS)

"No matter the fate of an actor for the corporation, we will continue to encourage original content creations and original productions," he added. "We will weave the original productions across the media market and not as a single player whose access to public funds exclusively blocks the rest. In my view, there is no place for a corporation in an era of diversity and a wide range of channels."

In response to a question about whether the closure of the corporation is planned for the upcoming budget, Karhi said: "What we want is to open the market to competition. A plan that I will have soon will be introduced into the upcoming Arrangements Law and I do not yet know what it will be and what its stages will be. There will be a lot of changes, we promised a lot of changes and we hope to keep what we promised."

Last year, Karhi submitted a bill to privatize the Public Broadcasting Authority (Kan 11) and sell it to a private commercial entity. According to the proposal, if the corporation does not find a private buyer, it will stop broadcasting and close within two years.

In response to his intention to reduce the corporation's budget in half in the upcoming Arrangements Law, the Jerusalem Journalists Association said: "Minister Karhi's declaration of war on the fourth authority, the media and particularly on public broadcasting, came in a coordinated and parallel move to another coup by Justice Minister Yariv Levin against the judiciary. This is the salami technique of dismantling Israeli democracy, a move against which tens of thousands of citizens are demonstrating tonight in Habima Square.

"The Jerusalem Journalists Association will fight together with the corporation and its hundreds of members who are united in their intentions to crush public broadcasting. While Karhi came up with a list of media outlets that he plans to close, while strangling the Israeli Broadcasting Authority, President [Joe] Biden is increasing the budget for public broadcasting. [Benjamin] Netanyahu and Karhi would do well to learn from the heads of other democratic countries who foster journalistic freedom and do not see it as a threat."