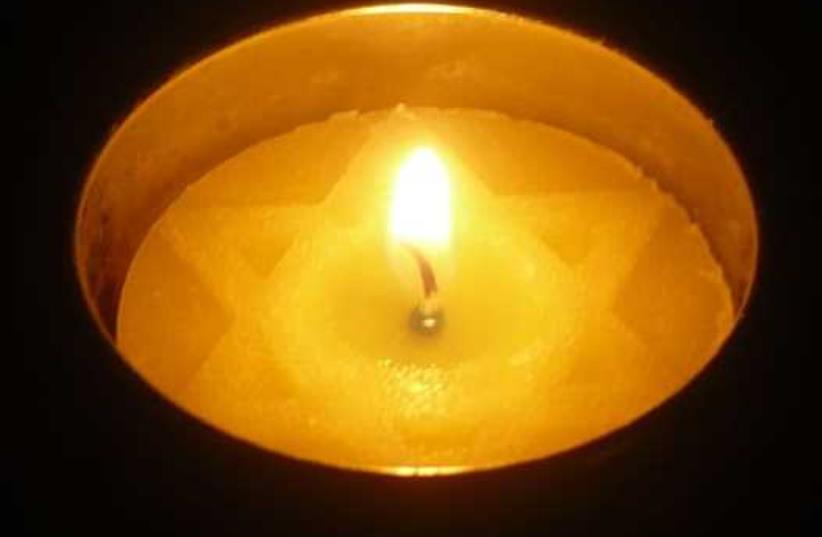 Grigory Kanovich, a Lithuanian-born Jew and award-winning author who endeavored to tell the story of his people despite Soviet pressure, died on Friday at 93 in his home in Tel Aviv.

Kanovich’s repertoire includes more than 30 plays and screenplays, a dozen novels and several collections of poems and short stories, almost all of which are devoted to stories of Lithuanian Jews.

Kanovich was born in 1929 in the shtetl of Janova, an almost entirely Jewish village just north of Kaunas, which was the capital of independent Lithuania in the interwar period. In his youth, the city was home to over 3,000 Jews, 80% of its population. There were hundreds of Jewish-owned shops, a Jewish bank and several synagogues and Jewish schools. Over 2,100 of Janova’s Jews were murdered in a series of massacres in the summer of 1941.

Kanovich’s family were among the lucky ones and escaped during the brief period of Soviet Occupation in between the Russian-German non-aggression pact in 1939 and Germany’s invasion of the Soviet Union in 1941. The family went east through Latvia and deeper into Soviet-controlled Central Asia, where they rode out the war.

When the war ended, Kanovich returned to the region of his youth to study at the University of Vilnius, but the world he knew there was forever gone. From as early as 1949, he began to put his thoughts about that loss down onto paper, both eulogizing the world of Lithuania Jewry and documenting the new Soviet Jewish reality.

A sign in Yiddish, Hebrew and Lithuanian saying,‘In this place the Hitlerist murderers and their local helpers in the year of 1941 murdered 250 Jews, children, women and men’ (credit: COURTESY OF BARRY MANN)

Though he wrote largely in Russian, his works weaved the Talmudic thought of Lithuania’s yeshivas with the Yiddish wit that remained a part of Soviet comedy long after the Holocaust.

“Kanovich wrote about the fate of the Jewish people, about their relationship with Lithuanian and Russian culture. At the center of his works is the ‘little man,’ who stubbornly opposes evil and for the author embodies a person in general,” Wolfgang Kazak, a German Slavicist, once said of Kanovich’s work.

Kanovich’s first trilogy of novels, written between 1974 and 1979, and based on short stories he wrote in 1959 and 1967, was written through the eyes of a young yeshiva student navigating the Holocaust.

“Kanovich wrote about tragedy, but about the tragedy of people who, even in the face of inevitable death, did not lose either their dignity or a sense of belonging to their people and their civilization,” wrote Vitaly Portnikov, a Ukrainian journalist and editor, in a tribute for Radio Svoboda, Radio Free Europe/Radio Liberty’s Russian service. “He took us back to biblical times, to the times of parables and prophets. We, his readers, felt human, we felt strong. We felt like we were in flight,”

The themes of Kanovich’s work, such as nostalgia for a past steeped in religiosity and struggle against assimilation, limited the reach of his work in the Soviet Union; it was only permitted to be published within the Lithuanian Soviet Socialist Republic, where he lived. Still, it became beloved by Jews throughout the Soviet Union. After the fall of the Iron Curtain, Kanovich was briefly elected president of the Jewish community in newly-independent Lithuania, but like so many other Eastern European Jews, he chose to immigrate to Israel in the 1990s. There he kept writing, continuing to tell the story of the Lithuanian shtetl, with work being published as recently as 2019.

“He was a stranger to Russian writers because he wrote about Jews. And he was a stranger to Jewish writers, because he wrote about those Jews whom Soviet literature did not want to know and notice – about the Jews of the Book and deed, about Jews who not only were not ashamed of their origin, but also did not consider themselves ‘little brothers,’ did not want to please the ‘big brother,’ tell him stupid jokes and share cooking recipes,” Portnikov wrote.

After the fall of the Soviet Union, Kanovich was a recipient of the Israel Writers Union Prize and the Commander’s Cross of the Order of the Grand Duke of Lithuania Gediminas — one of Lithuania’s highest honors — and was named the Laureate of the Prize of the Government of Lithuania in the field of culture and art. He is survived by his two sons and wife Olga.