At home on the stage and in the kitchen 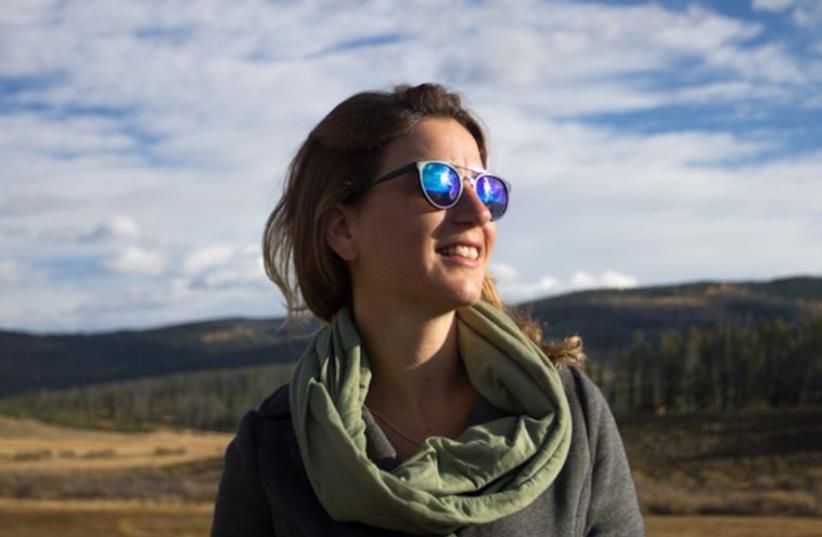 'I LIKE to volunteer and do other things for my soul. Life has brought me to so many interesting paths and experiences, says Noa Margalit seen here on the Devil’s Thumb Ranch in Colorado during The Harvest.
(photo credit: KSENIA PRINTS)
Advertisement
It’s not easy to list all of Noa Margalit’s accomplishments in one sentence. So take a deep breath and get ready for a long paragraph: The 34-year-old Tel Aviv resident was commander of an Air Force air-traffic control course; performed around the world with the band The Carsitters and still does today as a solo singer-guitarist; opened and ran Café Barnash in Tel Aviv from 2010 to 2014; opened a restaurant in Los Angeles for a friend last year; produces the award-winning comedy Repertory Theater for The Elephant and the Mouse theater company; handles special projects at Jerusalem-based Routes Travel; was involved in launching Israel’s first online biking magazine, We Ride; produced a music video for a nonprofit that assists at-risk teenage girls; cooked meals for thousands of needy people last Rosh Hashana eve with Israel Scouts in Holon; and was one of three Israeli residents invited to Devil’s Thumb Ranch Resort in Colorado for The Harvest, a first-ever gathering devoted to serving up Jewish cuisine as the next major global food movement.“Israelis are generally smart, positive doers,” Margalit says, speaking in broad terms yet unwittingly describing herself too. “Everywhere you go there are Israelis putting ideas into action to make changes. In Israel we put a lot of emphasis on the importance of good food, and when we get together, like at The Harvest, we can change even political situations. It feels like we have the power to change the world.”The Harvest, held September 30 to October 2 – organized in partnership with the Charles and Lynn Schusterman Family Foundation’s Connection Points initiative – gathered 60 leading restaurateurs, chefs, farmers, entrepreneurs, bloggers and cookbook authors to explore such challenges as using kosher dietary guidelines as part of a dialogue aimed at creating healthier and more sustainable communities in the Jewish world and beyond.Of course, defining Jewish or even Israeli cuisine depends on one’s personal perspective.“The Israeli perspective I brought is that we are such a small country and yet we have such high-quality produce and such great chefs and culinary culture,” Margalit says.“It’s not like we have bagels and cream cheese on every corner, and for me that’s not Jewish food anyway. My food is based on my parents’ origin from Poland and Germany – chicken soup with kneidlach, chopped liver, salted fish – and with the arrival of immigrants from Russia and Ethiopia, Morocco and Yemen it’s all getting fused to create one big, amazing kitchen.“To me, Israeli food is hummus, falafel, shawarma, chopped salad and big breakfasts full of color, flavor and spices.”Three years ago, Margalit relocated to Los Angeles for a year to help chef Lior Hillel launch Nature’s Brew, an eatery that “uses a lot of fresh vegetables, tahini, hummus – things that for Americans are new, but I consider very Israeli.”As a 10-year-old in Ra’anana, Margalit was already on the food scene.“My first job was working at a pizza and ice-cream place. I was too little to work the frozen yogurt machine, so I’d jump up and grab the handle to pull it down.”After her military service, Margalit chased her music and culinary dreams while working in a restaurant and studying marketing and management. She still takes courses at least once a year “to match what I’m doing at that time, for instance project management and new media marketing. Now I’m about to study Arabic and architectural design, things that will enrich me.”She fell into her role as a theatrical producer, after moving to Tel Aviv in 2003 with a friend in acting school. The critically acclaimed Repertory Theatre by Eldad Cohen is performed in English and Hebrew; its most recent showing abroad was at the Edinburgh Fringe Festival in 2013 and the Stockholm and Camden fringe festivals in 2014.“Producing is a good skill because it doesn’t matter what you produce. I can do big conventions, music shows or theater shows,” says Margalit.As special projects producer for Routes, she organizes events including the Schusterman Foundation’s ROI Summit and Tikkun Olam Makers make-a-thon, which culminates in ready-to-use products for people with disabilities.“I like to volunteer and do other things for my soul,” says Margalit. “Life has brought me to so many interesting paths and experiences.”Now she’s ready for love and marriage. “I’m seeking someone to complete me or be the exact opposite of me,” she says with a laugh.