Born to dance in Rishon

The annual Spring Festival is chock full of high-energy entertainment 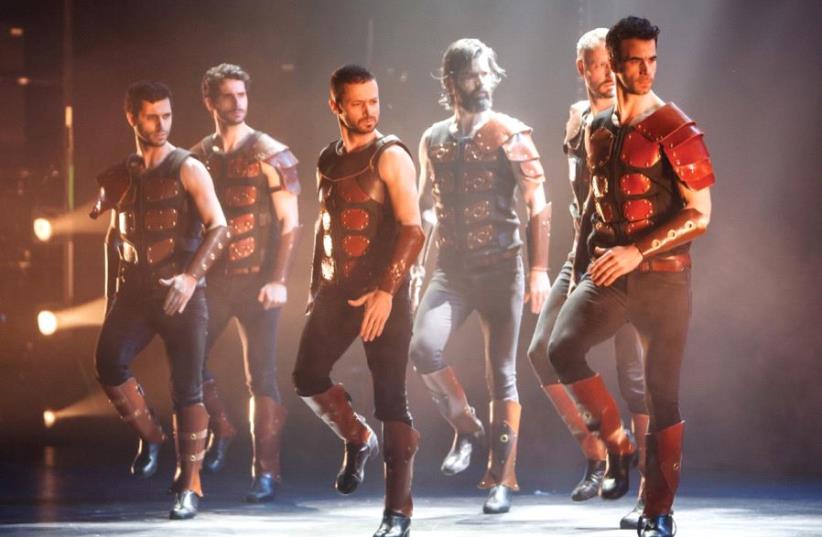 The annual Spring Festival
(photo credit: PR)
Advertisement
If you like your live entertainment on the feral side of the visual and sonic tracks, you may have a penchant for rock music of various stripes or for flamenco music and dance. There are indeed few sights more stirring than that of flamenco dancers of either gender stamping their feet and performing purposeful body movements to the accompaniment of white-hot guitarists and percussionists, augmented by no-nonsense punctuational clapping.Los Vivancos take that energy level up a couple of dozen notches, with added visual pyrotechnics and no small degree of sensuality. The Spanish sibling sextet is one of the main draws at this year’s Spring Festival, which takes place May 22 to 27 at its usual berth of Rishon Lezion at various large venues, such as Heichal Ha’auditorium, Live Park and Heichal Hatarbut.The lineup takes in Iraqi musicinformed rocker Dudu Tassa and his Kuwaiti band, fresh from opening for Radiohead on the British band’s recent US tour, and a diverse spread of disciplines.The A-lister international bill takes in stellar Greek bouzouki player Christos Nikolopoulos; the Israel Ballet company with a show based on the work of iconic French songstress Edith Piaf; and virtuoso Italian violinist Luca Ciarla, together with compatriot accordionist Antonino De Luca. Meanwhile, the local side of the program also offers high-quality entertainment, with polished gypsy jazz trio Swing de Gitanes, as well as veteran a cappella singing ensemble the Vocal Octet performing Beatles numbers, with a guest appearance by rocker Danny Robas.This is something of a homecoming for Los Vivancos.“We started performing in 2007 and, actually, our first show was in Israel,” says Elias Vivancos, at 40 the oldest sibling. “We love that we are coming back to Israel. A very special part of us is in Israel.”At the time there were seven members of the family troupe, but one is currently on a sabbatical. The familial side of things is a little complex.“We all have the same father, but we have different mothers,” he explains.“Some of us have the same mother, too.”The shared gene pool comes in handy.“We all worked in different companies before, and I worked alongside very great dancers. But we feel that the fact that we are brothers and we have our own choreography and our own compositions, that makes our shows very special.There is definitely a lot of energy between us on stage, and I think we have a better understanding between us because we are brothers,” he says.Los Vivancos have spent much of the past decades touring the world, performing such productions as Aeternum and Hermanos to wildly enthusiastic sell-out auditoria, pumping out the calories by the barrowload and wowing audiences of all ages and all cultural and social backgrounds.Think of Celtic phenomenon Lord of the Dance, reduce the number of performers, add several liters of high-octane fluid and complement the end product with powerfully dramatic music and some jaw-dropping calisthenics, and you begin to get the Los Vivancos picture. Oh, and you might want to work in half a dozen young men with finely toned muscular torsos, and there is no missing the in-yourface ethos of the brothers in entertaining arms.The other five in the fraternal lineup go by the names of Judah, Josua, Cristo, Israel and Aaron, which implies some kind of biblical sentiment, although Vivancos doesn’t read too much into that.“It’s probably good for a visit to Israel,” he laughs.“But we were lucky enough to grow up in an artistic family, and I think that maybe the names came from that thinking. I don’t know.”Vivancos Sr., irrespective of the number of life partners he had, made sure his kids followed his creative suit and were skilled in dance and music from an early age. The name of the new Los Vivancos show, Born to Dance, isn’t too far off the bio mark.“Our father was a very big artist, a dancer and musician, a philosopher and did martial arts. We all started very young, around the age of five,” Elias explains. “It has always been a way of life, for all of us.”And, although Vivancos Sr. passed away a few years ago, Elias says he and his siblings still feel his presence.“Sometimes, when we create a new show, we think about what he would have done with it. In a way, we are continuing his work. He was the one who taught us what we know,” he says.The Vivancos brothers clearly know quite a lot. In addition to their dance exploits, they play various musical instruments, sometimes at the same time.“There is a point in the show when four of us play the same cello,” notes Elias with a laugh. “The new show is a bit more intimate, and we have different kinds of music – adaptations of things like Metallica and Deep Purple and some Leonard Cohen.”In truth, there are all sorts of strata to the production.“It is also a bit like a rock concert, a bit more serious and theatrical. But Born to Dance is a little more humorous, too,” he adds.Prepare to grab every beat.For tickets and more information about the Spring Festival: (03) 948-8666 and http://www.springfestival.co.il/