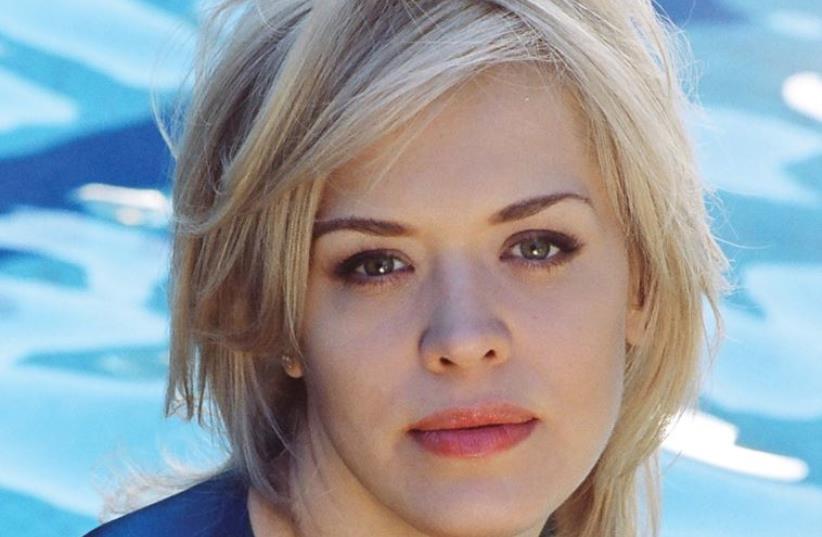 Pianist Olga Kern
(photo credit: PR)
Advertisement
Pianist Olga Kern will make her debut in Israel next week, performing Rachmaninov’s Piano Concerto No. 1 with the Rishon Lezion Symphony under the baton of James Judd in Rishon, Rehovot and Tel Aviv.The Russian-born pianist moved to the US after winning First Prize at the Van Cliburn competition in 2001. Kern comes from several generations of fine musicians.“My parents are still active musicians. My grandfather was a well known oboe teacher, and I still meet his former students all over the world.His mother was a mezzo-soprano who had a chance to perform with Rachmaninov – she sang his songs, and he accompanied on the piano.While her mother, who was an excellent pianist, knew Tchaikovsky very well, according to letters and photos of the great composer that have been kept in our family archives,” says Kern in a phone interview from Vienna, where she is on a European concert tour. To complete the picture, Kern’s brother is a conductor, and her son studies music at Juilliard.“We probably have music in our veins. When at age 14 I started learning Rachmaninov’s third piano concerto, which is considered very difficult, it went easily, as if I already knew the piece. ‘But, of course,’ my mother said; ‘I was practicing it when I was pregnant with you!’” she recounts.Kern recalls that after appearing on stage for the first time at the age of seven, performing Haydn’s piano concerto, she realized that this was exactly what she wanted to do for the rest of her life.Kern describes her education as “excellent.” After graduating from the Moscow Conservatory, she continued to Imola, Italy, where she studied with the best teachers from all over the world. She later won several major music competitions.“I was already quite experienced when I entered the Van Cliburn competition in 2001. First of all, it was a great opportunity to meet this living legend. Actually, that was why I participated in the competition – I wanted to meet Van Cliburn in person. I was very lucky – he became a very good friend and mentor. He was one of the most incredible people I have ever met. He had that special aura; he was so incredibly loving, and he gave his love to every one he talked to. When he saw me for the first time, he hugged me and looked at me, and there was the feeling that nobody else existed. He had this ability to make everyone happy, to feel special. I don’t know what it was, but everybody says highlights events movies television radio dining the same thing about him,” she recounts.“The competition gave a boost to my career,” she continues. “Columbia management, one of the world’s largest, took me on right after the competition.”Kern reveals that she always tries to be better and better, doing new things, new projects. One of her projects was performing all of Rachmaninov’s piano concerti in two evenings.“The audience commented that it was interesting to see how the composer’s language changed over the years. I repeated this project in many places in the world. Last year, I performed all Tchaikovsky concerti,” she says.She also inaugurated a festival in South Africa.“Years ago, I won a competition in South Africa, and I’d return from time to time as a soloist. One day I was approached by local authorities, who suggested that we create a music festival in Capetown, which worked very well,” he says.Another project is the Aspiration foundation, which Kern established with her brother in 2012. Its aim is to support talented young musicians.“It is not only about money – we buy instruments, scores and even concert clothes because sometimes parents don’t have the money for it,” she explains.The pianist stresses that the foundation also helps musicians who lost their jobs.“Nowadays, this is quite usual – orchestras are closing,” says Kern.Last year, she launched the Olga Kern Piano Competition in New Mexico.“I perform there very often, and in the past I helped the local orchestra, which was in a difficult financial situation, by giving a benefit concert.I’m very happy that the orchestra is doing very well now. At that time, the director of the orchestra, along with several donors, asked me if I could lend my name to the new competition. I was very excited about the idea. They also wanted me to be involved, so I became the artistic director of the contest, as well as president of the jury. This involved a lot of responsibility. With my connections in the music world and experience as a participant and a judge of music competitions, I can share my insights and ideas. This is a great project, and I’m sure we will find wonderful new talent,” she says.In addition to her special projects and master classes, Kern gives about 135 concerts a year worldwide.“With all this amazing music around, it’s impossible to say who my favorite composer is. I perform a lot of Russian music because that is what I am often asked to play, and I want to play all of Rachmaninov’s pieces by the end of my life. Playing and recording his music is very important because his contribution was immense, and I believe that every pianist must know how Rachmaninov played his music and what he did for the piano. I also want to explore more Russian music. There are composers who were very popular in their own country but are less known abroad.But then again, my recital program includes everything – Scarlatti, Beethoven, Schumann, etc. But I also love modern music – anything as long as it involves music,” says the pianist.Olga Kern performs Rachmaninov in Rishon Lezion, Tel Aviv and Rehovot on January 23 to 26. For tickets, call (03) 948-4840.