Artists as diverse as Emmylou Harris, Jackson Browne, The Rolling Stones’ Bill Wyman, Joe Cocker and The Everly Brothers have gravitated toward Lee. 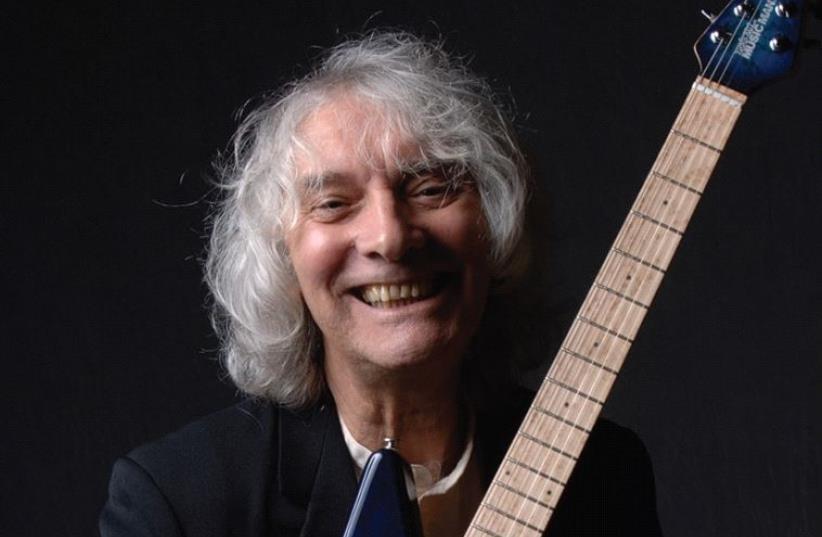 Albert Lee
(photo credit: PR)
Advertisement
When Jeff Lynne and Eric Clapton organized the gala Concert for George in honor of the late George Harrison at The Royal Albert Hall in London in 2002, one of the first musicians they approached to anchor the house band that would back the likes of Prince, Tom Petty and Paul McCartney was British guitarist Albert Lee.It’s been a trend throughout Lee’s illustrious career. Artists as diverse as Emmylou Harris, Jackson Browne, The Rolling Stones’ Bill Wyman, Joe Cocker and The Everly Brothers have gravitated toward Lee and his unique countrified finger-picking hybrid of rock ‘n’ roll guitar.The quintessential “guitarist’s guitarist,” Lee was schooled in the blues, country and the early rock ‘n’ roll of Buddy Holly. After stints in the 1960s with Chris Farlowe and The Thunderbirds and one of Britain’s first country rock bands, Head, Hands, and Feet, Lee’s reputation as a guitar hero led to work on albums with Bo Diddley, Jerry Lee Lewis and, after relocating to the US in the early 1970s, a position in Holly’s famed backup band The Crickets.Lee’s stature soared when he was asked in 1976 by Emmylou Harris to replace Elvis Presley’s guitarist James Burton in her Hot Band, the group she formed following the death of her singing partner Gram Parsons. After five albums with Harris that also saw the release in 1978 of his first solo album, Lee joined Clapton’s band for the next few years as Slowhand’s right-hand man.When The Everly Brothers reunited in 1983, they asked him to serve as musical director, a role he held until the brothers stopped performing some 20 years later.Lee’s studio work throughout the 1980s reads like a who’s who of alt-country, with collaborations with Rosanne Cash, Dave Edmunds, Rodney Crowell, Nanci Griffith and Carlene Carter among others.Despite releasing many albums under his own name, Lee’s solo career never really took off. But one of his songs, “Country Boy,” proved to be a blueprint for future country guitar players and later became a hit for Ricky Skaggs.Looking a little like a more disheveled Harpo Marx, the 73-year-old white-haired Lee exudes a sense of serenity and selfeffacing graciousness that was evident in the DVD of A Concert for George. While his more famous colleagues stood in the spotlight with their solos, Lee blended into the ensemble playing, looking like he was having the time of his life while providing inspired fill and licks.Lee will step out in front when he brings his own band to Tel Aviv’s Reading 3 on October 10.Joining him on stage will be John Thomas, who played with Bruce Hornsby for 23 years, bassist Will MacGregor and drummer Jason Smith.The audience will get to see and hear what Harris described as his “unmistakable sound – often emulated, never equaled.”She also said, “When Saint Peter asks me to chronicle my time down here on Earth, I’ll be able to say (with pride if that’s allowed) that for a while I played rhythm guitar in a band with Albert Lee.”That’s probably how a lot of those famous names he’s played with feel.Albert Lee will perform on October 10 at Reading 3 in Tel Aviv.