Israeli artists Sala-manca construct a succa from the materials of a Beduin home. The structure goes on view at the Israel Museum this month 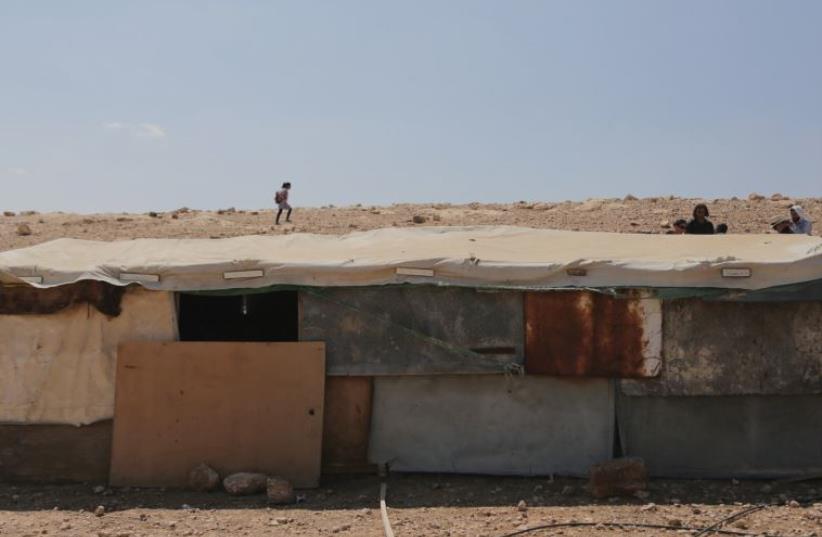