While the comedian, 52, has never before performed in Israel, he did visit the country in 2008, for the Israeli premiere of his film 'Madagascar 2.' 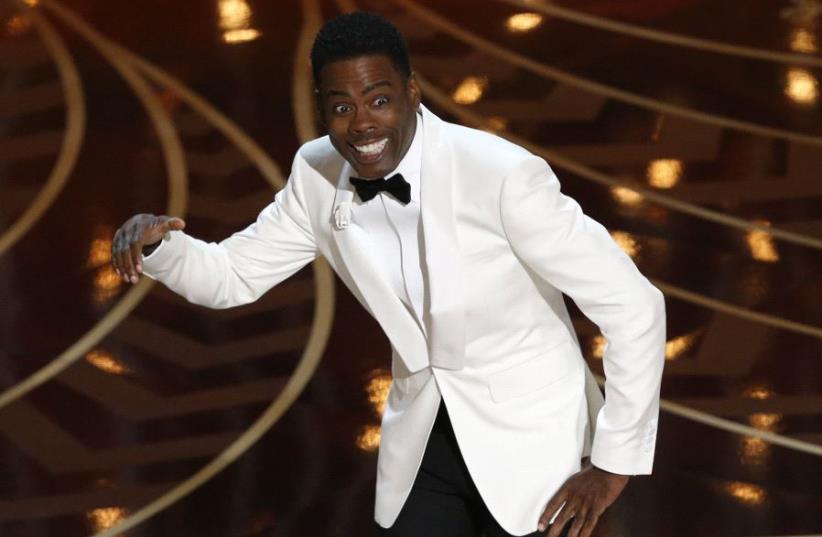 Chris Rock
(photo credit: REUTERS)
Advertisement
Acclaimed funnyman Chris Rock will be performing a stand-up show in Tel Aviv for the first time in his career - on January 8.Rock, 52, who has led a long career as an actor, writer, producer, and director, is currently on his first stand-up tour in close to a decade. The comedian first rose to fame in the 1990s with his stint on Saturday Night Live. He then moved on to a prolific film career, including roles in Beverly Hills Ninja, Lethal Weapon 4, Nurse Betty, Head of State, Madagascar, Grown Ups and more. Rock also hosted the Academy Awards ceremony twice - in 2005 and 2016.While Rock has never before performed in Israel, he did visit the country in 2008, for the Israeli premiere of his film Madagascar 2. Rock and his costars Ben Stiller and Jada Pinkett Smith signed autographs and met with Israeli fans during their trip. "It’s much better than Hollywood,” Rock said at the time. “They don’t like us in Hollywood, but here they love us.” They also visited the Western Wall, Yad Vashem and the Dead Sea.Nine years after his last world stand-up tour, Rock launched his Total Blackout Tour in February, and is currently criss-crossing the United States before heading overseas to Australia, Ireland, Stockholm, Norway, Sweden, Dubai, the UK and Israel.Rock will be performing at the Menorah Mivtachim Arena in Tel Aviv. Tickets range from NIS 269-589, and will go on sale on May 10 at 11a.m. at www.chrisrock.co.il.