The band has a special fondness for Israel, having performed one of its first shows together in Tel Aviv back in 2013. 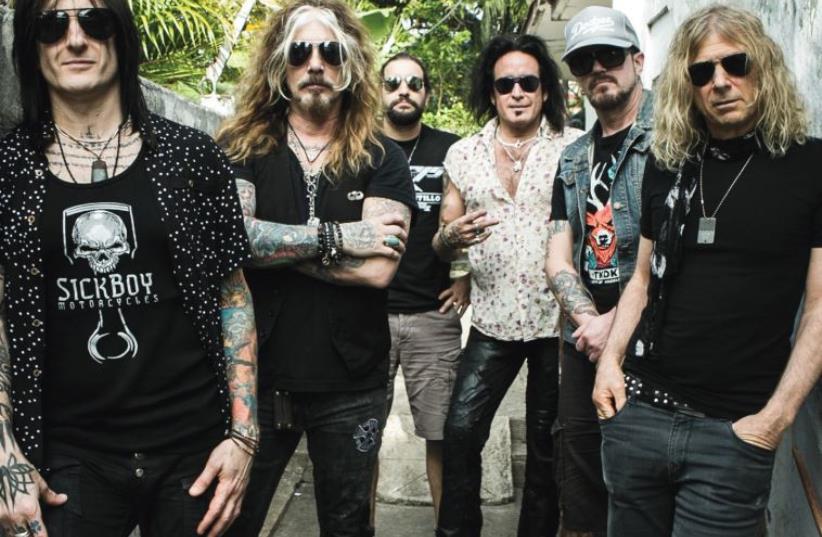 Dead Daisies
(photo credit: KATARINA BENZOVA)
Advertisement
If it’s hook-driven riff rock with big choruses and a ‘70s swagger that you’re looking for, the Dead Daisies provide it in spades.The ongoing project of Australian guitarist David Lowy that features Gun & Roses members Dizzy Reed and Richard Fortus, the band has a special fondness for Israel, having performed one of its first shows together in Tel Aviv back in 2013.At that show, lead guitarist Fortus described the band’s music as “new music for classic rockers,” and the set included an appearance by local hero Ninet Tayeb, who offered a hard rock rendition of Gnarls Barkley’s “Crazy.”Having spent this year touring with hard rock headliners like Kiss, Whitesnake and Judas Priest, the band is winding up the year with two shows in Israel – December 17 at Zappa Jerusalem and December 19 at the Barby in Tel Aviv.“The first time we played Israel at the end of 2013, it created some great memories,” said Lowy.Fortus added, “I can’t wait to get back to Israel. It’s going to be the highlight of this tour. I’m actually flying my entire family over to experience it. The last show we did in Tel Aviv last year was one of the greatest times I’ve had onstage with this band. What an incredible audience!”