COINS OF THE REALM

The exhibition follows the development of portraits on coinage over a period of 350 years. 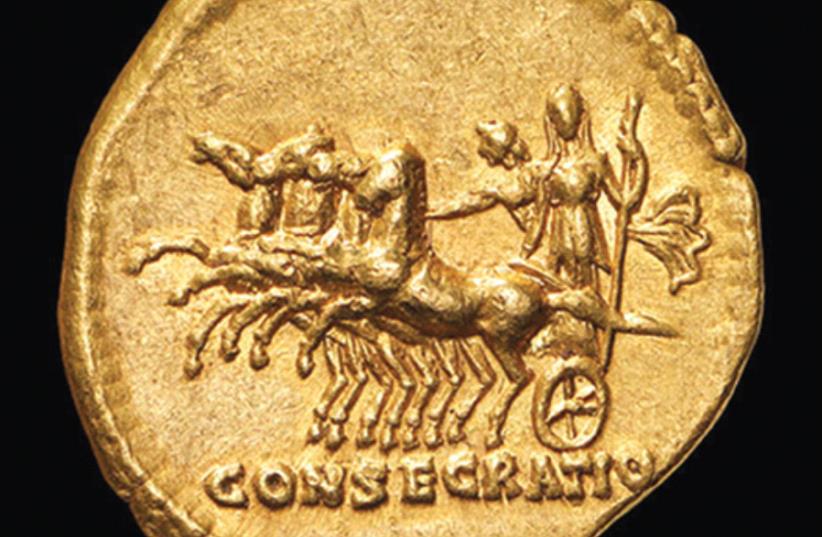 Coins from exhibition
(photo credit: Courtesy)
Advertisement
A new exhibition at the Israel Museum titled ‘Faces of Power’ presents a collection of 75 gold coins, never before displayed to the public, bearing the portraits of Roman emperors and their wives.The coins offer a rare glimpse into the world of the rulers of the Roman Empire, as well as revealing the great artistic skill involved in their creation. The exhibition follows the development of portraits on coinage over a period of 350 years, from the establishment of the empire to its acceptance of Christianity as its official religion.For more info visit www.imj.org.il.