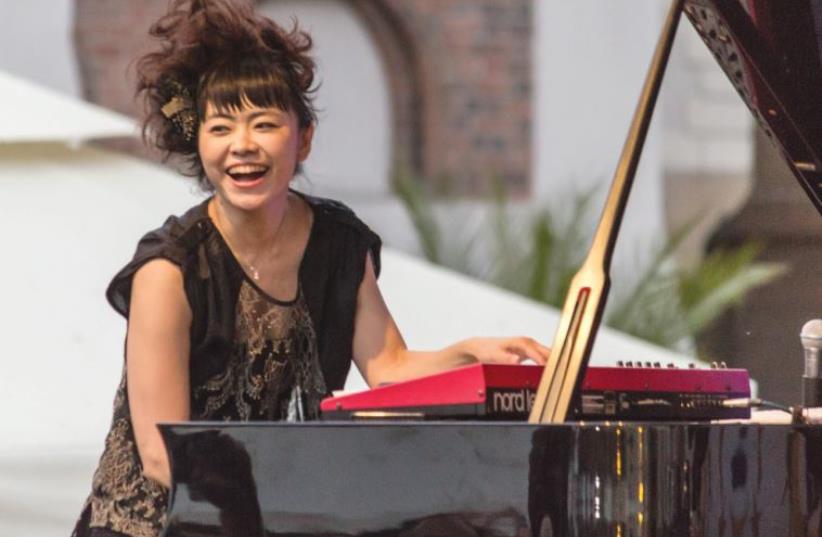 JAZZ PIANIST Hiromi Uehara.
(photo credit: Wikimedia Commons)
Advertisement
Jazz pianist Hiromi Uehara may be pint-sized, but she certainly knows how to command a stage. The Japanese- born musician, known to fans by just her first name, performed in Israel for the fourth time Monday night, to a rapt and awed audience.The 36-year-old took the stage in Tel Aviv’s Hangar 11 as part of “Hiromi: The Trio Project,” alongside Simon Phillips on drums and Anthony Jackson on bass.From the moment her hands first touched the keys of her piano, Hiromi came alive with an electricity and energy that lasted through the magical 90-minute set, mixing jazz with pop, rock and classical influences.As she played songs including “Spark,” “Player,” “Take Me Away” and “In a Trance,” her body moved as if possessed by the music, her arms and legs shaking, her hair bouncing along to the beat and her fingers flying up and down the keys in a rapid blur.From big, booming chords to the quietest, softest notes, Hiromi was always in exacting control of the performance, and perfectly in sync with her equally impressive bandmates. Despite her dynamic presence, Hiromi presented a modest persona, humbly greeting the crowd and repeatedly calling attention to Jackson and Phillips.“I’m very happy to be back in Tel Aviv and see you all,” she told the crowd, “especially with these two amazing musicians on the stage.”And while the piano virtuoso could easily command the spotlight on her own, the trio provided an unforgettable performance for all those in attendance.