Argentinean composer Osvaldo Golijov will attend the performance of his song cycle ‘Ayre’ at the Felicja Blumental Festival. 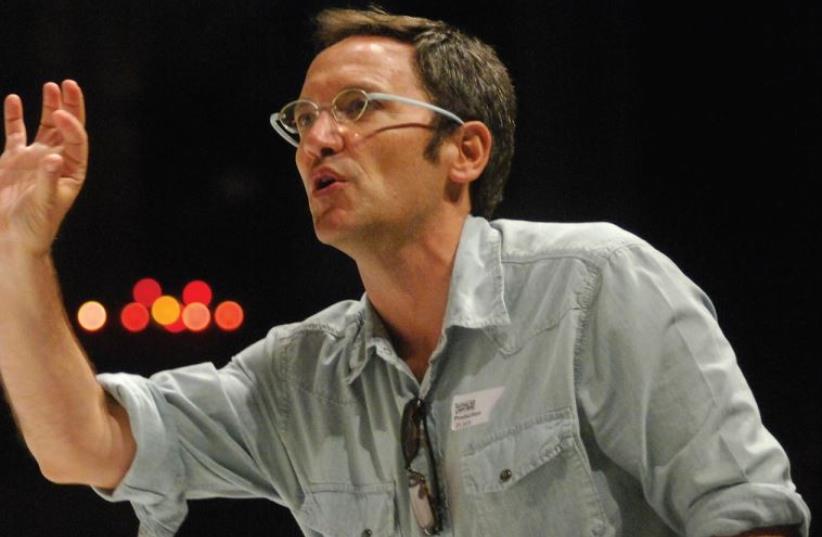 Sebastian Vhambert.
(photo credit: Courtesy)
Advertisement
"I know that my music is played in Israel from time to time, but this will be the first time that I will attend the performance,” says Argentinean born, Boston-based composer Osvaldo Golijov. He is referring to his song cycle Ayre, which will be performed by Dutch soprano Nora Fischer within the framework of the Felicja Blumental Festival.“However, I visit Israel at least once a year, as I have a family here,” he adds.A prolific and multifaceted composer, Golijov, 56, has collaborated with the Kronos and St. Lawrence quartets, to name a few, and composed the score for some of Francis Ford Coppola’s films. He collaborated with artists such as the Romanian Gypsy band Taraf de Haidouks, the Mexican Rock group Café Tacuba, tablas virtuoso Zakir Hussain and legendary Argentinean composer, guitarist and producer Gustavo Santaolalla. And the premiere of his St. Mark Passion, commissioned for the European Music Festival to commemorate the 250th anniversary of Bach’s death, took the music world by storm.Born into a family of Jews of Eastern European origin, Golijov was surrounded by chamber music, Jewish liturgy and klezmer music. Later, moving to Israel, he was exposed to the immense music variety of Jerusalem, where he resided as a student of the Rubin Music Academy.“I was very lucky to study with Mark Kopytman in Jerusalem,” he recounts. “He helped his students find their own way. As a harmony teacher he was incredible because he was so methodical. The fact that he was a medical doctor made him very lucid, organized and thorough. I owe him so much. And on a personal level, he and his wife were very important for me – very welcoming and nurturing.”Upon moving to the US in 1986, Golijov earned his PhD at the University of Pennsylvania, where he studied with George Crumb, and was a fellow at Tanglewood, studying with Oliver Knussen.What kind of composer is he? “That is a complicated question,” Golijov says in a phone interview from Boston. “I think of Beethoven. He was a huge talent, who called himself a poet of sounds. But I believe that even when he wrote an abstract as music, it was a crystallization of a very concrete emotional experience or idea. Or take Picasso, who used to say, ‘Although abstract painting is great, my painting is a drama.’ I don’t think I am in that league of talent, but I am in that league of aspiration.”Golijov, who works in various forms and genres of music, describes his musical language as follows: “I think my language changes in accordance with the pieces I compose. Our language is different when we speak about love, God, violence, sex. So whein I wrote the Passion, I made everything a function of freedom.That was something I had never done before. But I thought that since it was about Christianity and Latin America, freedom had to be the guideline. When I wrote my opera about Garcia Lorca, I thought that melody should be given priority. I think we cannot ignore what has happened in history and geography, and people have analyzed it, knowingly or not, be it Beethoven or The Beatles. This is all in our mental and emotional maps, and we work with them and transform them, again, the way painters work with figures.”In regard to Ayre, he says, “It was initially conceived as a song cycle that ranged from Spain to the Mediterranean to Jerusalem.But later I included Sephardic, Greek and Lebanese, as well as Argentinean songs, since I was born there – it is sort of a personal touch. And this is what always happens. For example, when Salvador Dali painted his Crucifixion, he kept his own village in mind.”Golijov stresses, “For me as a composer, what is important is to witness and explore the fundamental and universal experiences that we go through in life and to express them in music. I hope that my music moves people and is memorable. I think that in this sense, I am no different from any other composer or writer.”