The annual Karmiel Festival features dozens of styles and techniques. 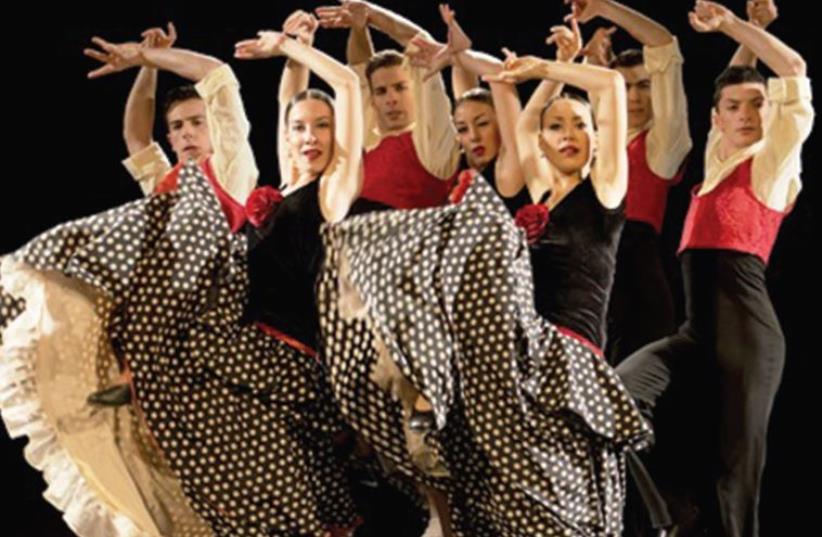 Larreal (Spain)
(photo credit: PR)
Advertisement
When I first arrived in Israel, nearly 10 years ago, I was struck by how limited the stylistic range of dance performances was. For the most part, whether it was a major company or an independent choreographer, dance artists on stage were presenting contemporary and modern movement. There was the odd musical or ballet production around town, but the majority of shows were clearly devoted to the aforementioned styles.In the years since, as the Israeli dance esthetic spread across the globe, the rest of the world gradually conquered Israel, bringing flamenco, Indian dance, butoh and African dance into the mainstream. This movement can be traced back to a number of sources, one of which is the annual Karmiel Festival. Whereas many of its counterparts around the country like the Suzanne Dellal Center’s Madridanza or Spring Chinese Dance stick to one style or origin, Karmiel includes countless dance techniques hailing from dozens of countries.This year, the 29th annual Karmiel Festival, the program will push the boundaries of dance performance to include ice skating, folk dance, jazz and contemporary. For three days next week, Karmiel will be flooded with shows that cater to the entire family. The festival is gearing up to host 10,000 dancers and more than 250,000 audience members.Each year, the directors of Karmiel handpick a number of productions from abroad to bring to their loyal audience base. These shows are usually grandiose and, more often than not, unlike anything being presented in Israel. This year, the major foreign events will be performances by Spain’s Larreal with Estampas de Espana; Georgian troupe Legacy’s The Flying Georgian; Portugal’s CDCE Dance Company with Eros and Psyche; Hungarian troupe Coincidence Dance Company with a tap version of Shakespeare’s A Midsummer Night’s Dream; and two productions by the Ice Theater of Saint Petersburg.The opening performance of this year’s festival, which will take place on Tuesday night, will begin with a program to honor Yitzhak Navon, Israel’s fifth president. Navon, who passed away last year, was a longtime patron of the festival. The performance will highlight key moments in Navon’s illustrious career and will be narrated by Yehoram Gaon.That same evening, Hungarian Coincidence Dance Company will perform to songs from the musical Hair. The production was put together as a commission for the Karmiel Festival.For the Ice Theater of Saint Petersburg’s two performances, a technical crew will create an ice rink on the stage of the cultural center. There, the celebrated Russian ensemble will perform Swan Lake and Cinderella.For ballet lovers, the Israel Ballet will perform its newest production, White Swan, a two-part evening that explores the past and present of Tchaikovsky’s Swan Lake. In the first part, the 30 dancers of the Israel Ballet dance Lev Ivanov’s timeless choreography to the original musical composition. Then, following an intermission, the company returns with an updated take on both the steps and the sounds. Greek choreographer Andonis Foniadakis reinterpreted the story of the white swan Odette, presenting a new, stripped-down version of the cornerstone of ballet repertoire. The score was rearranged by Foniadakis’s longtime collaborator Julien Tarride.As always, the festival will host mass folk dance sessions, as well as the annual jazz dance competition. The closing event will bring singers Roni Dalumi and Miki Gavrielov to the stage, as well as 2,000 dancers performing new pieces by Israel’s leading choreographers.For more information on the Karmiel Festival, visit www. karmielfestival.co.il.