Dance: For the love of Latin America 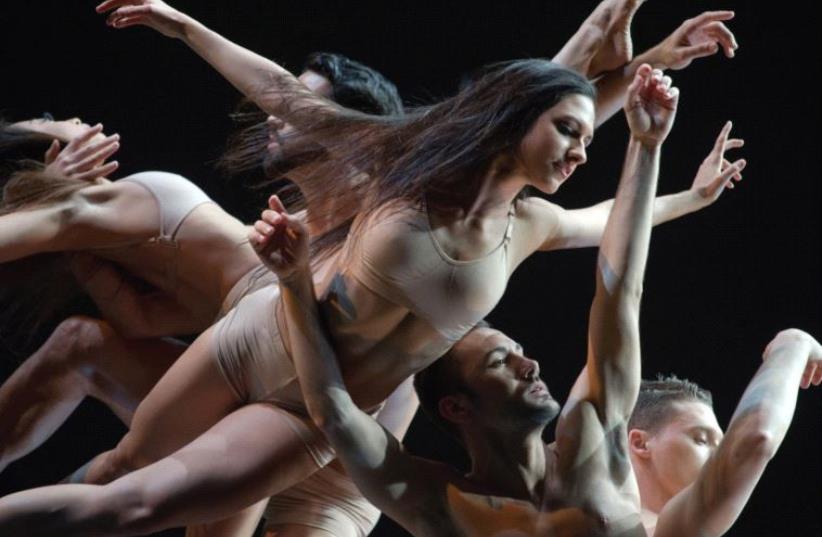 Ballet Hispanico
(photo credit: PAULA LOBO)
Advertisement
In New York City, the dance world is incredibly diverse. Each year, artists from dozens of countries find themselves in the sprawling metropolis, specifically on the city’s various stages. The notion that there is room in the limelight for everyone – every race, ethnicity and nationality– was made possible and popular by companies such as Ballet Hispanico.Founded in 1970 by Venezuelan artist Tina Ramirez, Ballet Hispanico provided a foundation for Latino artists to blossom at a time when their voices were not being heard elsewhere.In November, Ballet Hispanico is coming to Israel for the company’s much-awaited first performances in the country. The tour will include performances in five cities and will feature a program consisting of works by six prominent choreographers, including longtime Ballet Hispanico member and former house choreographer Pedro Ruiz.At various points in his career, Ruiz was told that his choreographies were “too Latin.”His Cuban origin and upbringing, which seeped into the fibers of his creations, into his music choices and movement sensibility, were viewed as being too specific or too ethnic.“It’s important as a choreographer and as a dancer that you know who you are, where you come from and that you have a voice. The moment you start to see people for the color of their skin and the music you listen to, you have a problem. I believe in the art,” says Ruiz over Skype.Ruiz is in New York, where he spends about half the year. The other half in Cuba, thanks to President Obama’s easing of embargoes between the two countries. Today, Ruiz runs an initiative called The Windows Project, which fosters cultural exchange for Cuban and American artists.Ruiz started dancing at seven.“My first-grade teacher decided to teach dance in school and make little pieces with us. I was learning social dance like waltz and mambo and also Russian dance. I was doing competitions in school, and there were some people from the company that called my father and said I had the skills to dance,” he recounts.In 1984, Ruiz’s family immigrated to the United States. His dance training and natural prowess won him a spot in Tina Ramirez’s Ballet Hispanico, where he spent 21 years as a company member. It was there that Ruiz was able to truly explore and express his heritage and love of country without censoring himself.For 30 years, from the moment they set foot in America, Ruiz’s family did not visit Cuba. Perhaps because of the fact that they could not go back, Ruiz kept Cuba vividly alive in his creative life.“In all my beginning pieces, I related to my country. While I was in the company, Tina Ramirez asked me to do a piece and relate to my life experiences. I went back and started thinking about my childhood in Cuba and how much I loved to go to the countryside with my grandfather.We call the people in the countryside ‘gaujitos,’ which was the name of the piece. I felt inspired by the beauty and the love they have for the land. I brought that to the first piece, and it opened my love to be a choreographer,” he explains.Ruiz went on to choreograph many other works for Ballet Hispanico, as well as Alvin Ailey American Dance Theater, the Joffrey Ballet and Luna Negra Dance Theater.For his unique blend of contemporary, ballet and Latin movement, Ruiz won the prestigious Bessie Award.In Israel, Ballet Hispanico will present Ruiz’s Club Havana.“I remember in 2000, members of the Buena Vista Social Club came and performed at Carnegie Hall. I felt it was time to do a piece about amazing Cuban music, so I made Club Havana. That was the inspiration for this piece, all the way through salsa, mambo, Cuban rhythms and styles. It requires the dancers to have strong classical technique and also contemporary sensibility. It became Ballet Hispanico’s signature piece,” explains Ruiz.Also on the program are Gustavo Ramirez Sansaro’s El Beso; Ramon Oller’s Bury Me Standing; Annabelle Lopez Ochoa’s Sombrerisimo; Cayetano Soto’s Sortijas; and Eduardo Vilaro’s Danzon.Ballet Hispanico will perform on November 23 to 26 at the Herzliya Performing Arts Center (www.hohherzliya.co.il); November 28 at the Beersheba Performing Arts Center (www.mishkan7.co.il); November 29 at the Jerusalem Theater (www.jerusalemtheater.co.il); November 30 at the Modi’in Cultural Center (www.shows.co.il); and December 1 at the Haifa Auditorium (www.ethos.co.il.).