Three high-profile feature films from Israel were shown at the festival, which ended on September 24. 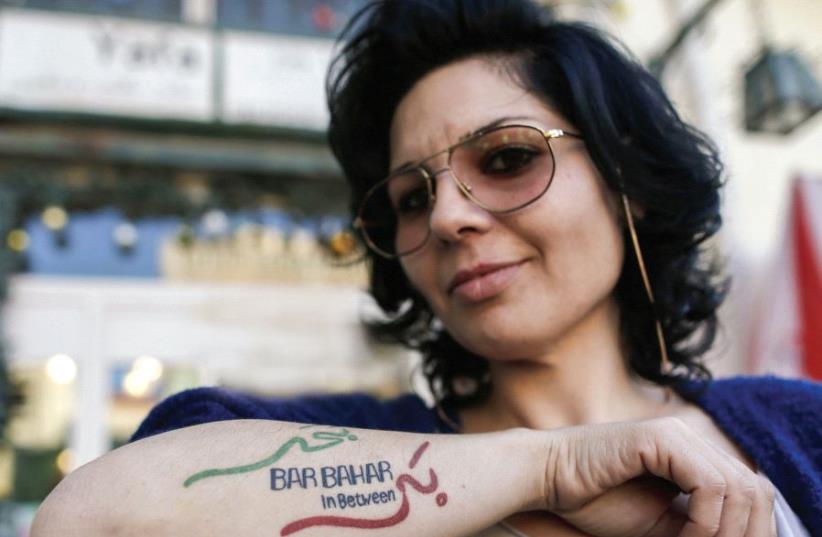 Israeli Arab Maysaloun Hamoud is the director of ‘In Between,’ a film that seeks a head-on collision with the taboos of Arab culture
(photo credit: AHMAD GHARABLI / AFP)
Advertisement
Five Israeli films were screened at the recently concluded Toronto Palestine Film Festival (TPFF) in spite of calls from the Boycott, Divestment and Sanctions (BDS) movement to boycott all projects that involve Israel.Three high-profile feature films from Israel were shown at the festival, which ended on September 24: Maysaloun Hamoud’s In Between, about three Israeli Arab women living in Tel Aviv, which just won two Ophir Awards, the prizes of the Israel Academy for Film and Television, for Best Actress and Best Supporting Actress; Maha Haj’s Personal Affairs, about an Israeli-Arab family, which won the top prize at last year’s Haifa International Film Festival; and Udi Aloni’s Junction 48, a look at the Palestinian rap scene, which won the Jury Award at the Tribeca Film Festival and the Panorama Audience Award at the Berlin Film Festival, as well as two Ophir Awards.In Between and Personal Affairs received funding from the Israel Film Fund, which gets its budget from the Israel Ministry of Culture and Sport. Junction 48 was co-produced by several Israeli companies, including Metro Communications and United King Films.Two Israeli documentaries, Dorit Naaman’s Jerusalem, We Are Here and Rona Sela’s Looted and Hidden – Palestinian Archives in Israel, were also shown at the festival.All of these films were directed by Israelis.Israeli Arab filmmakers, among them Maysaloun Hamoud, have drawn criticism from supporters of the BDS Movement for accepting Israeli funding.In an interview with The Jerusalem Post last winter, Hamoud defended her decision to accept money from the Israel Film Fund to make In Between: “I didn’t hesitate to turn to the Israeli film funds for money.Why shouldn’t I? We are 20% of the population, we pay taxes. We are Palestinians and we are Israelis and people don’t know what to make of this... People said, ‘Don’t take the Israeli money, get Arab funding.’ This is an oxymoron. There were no Arab film funds, there was nothing I could get.”Many opponents of BDS were pleased with TPFF’s decision to show the Israeli films.“This development shows the utter failure of the BDS campaign in Canada,” said Michael Mostyn, CEO of B’nai Brith Canada. “By showcasing Israeli cinema, TPFF has supported the Israeli economy and the arts, despite fierce opposition from some Palestinian-Canadian figures. A serious question must now be asked of those who promote the bigoted BDS agenda in Canada and abroad: If even Palestinians in the Diaspora can’t be bothered to boycott the Jewish State, why should anyone else, including Roger Waters?” Former Pink Floyd frontman Waters has repeatedly called for a boycott of Israel.TPFF, currently celebrating its 10th year, ran from September 20 through 24. Annemarie Jacir, the Palestinian director whose movie, Wajib, was the official Palestinian selection for consideration for a Best Foreign Language Film Oscar, is on the TPFF advisory board, along with many other Palestinian filmmakers.