Dining: A meal and a name to remember 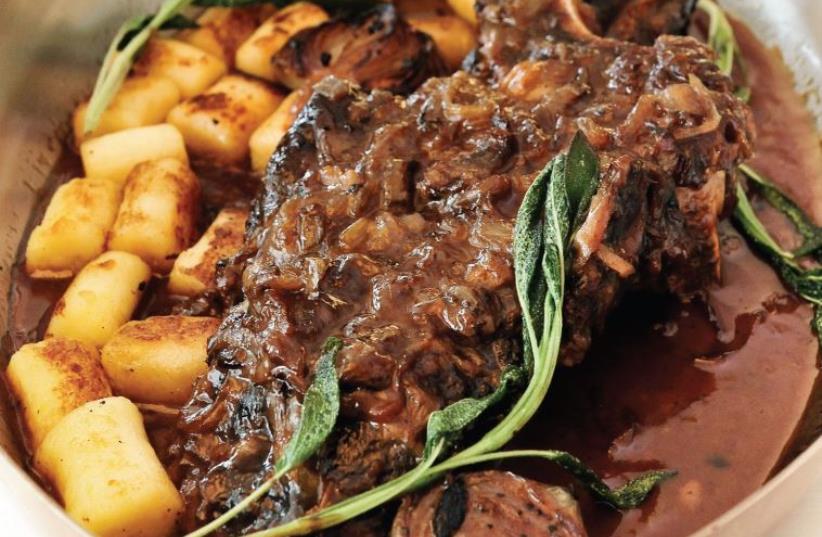 Herbert Samuel restaurant
(photo credit: PR)
Advertisement
In a city full of restaurants trying to make a name for themselves in new and creative ways, Herbert Samuel is one that has found its niche and sticks to it. With its seasonal dishes, this popular kosher enclave in the Herzliya Ritz-Carlton (and sister restaurant to its namesake in Tel Aviv) takes dining to a whole new level. It’s easy to understand why locals and tourists alike have taken to the place, given the variety and excellence of its offerings.The restaurant itself is beautiful, and I loved all the modern decor. The interior designers masterfully combined a long and narrow space with airy partitions to give diners a sense of privacy. Upon being seated, the first thing you’ll notice is that the Herzliya Marina is in view from every table. A nice touch is that you can watch chef Kobi Ochayun and his sous chefs create their culinary magic in a very large open kitchen that feels like almost a natural part of the restaurant.Ochayun combines high culinary standards with a hominess and an authenticity. The menu, which features a little bit of every major kosher meat group, as well as fish and vegetarian options, is eclectic but with a Mediterranean touch. And it’s clear that careful thought is put into each dish to produce esthetic, creative and delicious results.Our waitress was very knowledgeable about the entire menu and had many suggestions tailored to our preferences.We began with the tomato salad (NIS 38/52), which is considered one of Herbert Samuel’s signature dishes.The salad was pure pleasure, as not only were there several different types of tomatoes, but some were charred and some were refreshingly cold, giving the dish a unique twist in texture. The salad was topped with sliced radish, onion, olives and crumbled hard-boiled egg. I didn’t know tomatoes could taste so good – just so bright, juicy and flavorful. Each ingredient was distinct in flavor but came together in a fresh and innovative way.Next up was the grilled asparagus (NIS 68) on a bed of soft polenta with black truffle oil. The asparagus was perfectly cooked – the large spears were vibrant green and tender, yet had a crisp al dente bite. The polenta was rich, creamy and comforting. I did not want this dish to end! This was followed by potato gnocchi (NIS 58/88) with Italian mushrooms and truffles, chestnuts and peas. The gnocchi were soft little pillows that just melted in my mouth, with big, flavorful chunks of juicy mushrooms with a wonderful consistency.It was then on to the Jerusalem tortellini (NIS 62/98), which was stuffed with lamb and was absolutely fantastic. The lamb was cooked perfectly and was wonderfully tender.The tortellini lingered in your mouth in a way that left you relishing your last bite but light enough that left you craving more.After a bit of a breather and some delicious cocktails, it was on to the main dishes. First up was the lamb chops (NIS 242) with French fries comme il faut, homemade ketchup and aioli. The chops were seasoned to a perfection that did not mask the natural flavor of the lamb. My inner caveman came out when I got to the bones. Cleaning it off was possibly my favorite part of the meal. Simply put, they were perfect.Last, we were served the tournedos Rossini (NIS 246). Topped with a luscious slice of foie gras, the beef fillet was marinating in a pool of red wine demi-glaze sauce. As I put the fork of this perfect union in my mouth, it was love at first bite. The fillet was soft and tender, and the foie gras added that layer of fatty decadence to take it over the top. It came with a side of roasted potatoes, carrot and onion.Perhaps the biggest surprise of the evening was dessert. Rarely does one rave about parve confections, but here I go. We were advised to try the deliciously decadent Crunch (NIS 45).Even though we had eaten far too much already, we strove valiantly to finish this rich chocolate creation, with caramel lotus and coconut sorbet. We also tried a delicious halva ice cream (NIS 45) with espresso granita.Herbert Samuel exceeded every expectation I had going in. Incredible service, food and ambience. Expensive but well worth the price.The writer was a guest of the restaurant.Herbert Samuel Kosher Ritz-Carlton Hotel, Herzliya 073-203-7707.