The Tel Aviv Sheraton is hosting a month-long festival. 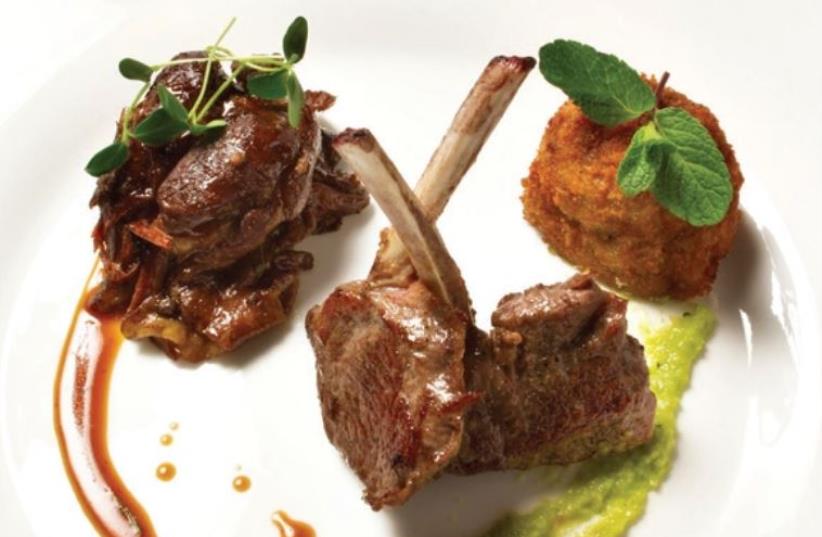 Olive Leaf Restaurant
(photo credit: PR)
Advertisement
During the whole of June, the Tel Aviv Sheraton is holding an Italian festival to show Israelis what Italian food is all about.A well-known chef, Max Mariola, was brought over to plan the menus and show local chefs how to prepare the food in authentic Italian style.Highlights of the festival included cooking classes with top Italian chefs and an Italian food market in the hotel lobby.A festive dinner to launch the event was held this week in the Sheraton signature restaurant, the Olive Leaf, and the Italian ambassador, Francesco Maria Talo, was there mingling with the guests.As the sun sank over the Mediterranean, guests drank Italian cocktails and listened to a two-man jazz combo playing unobtrusively in the background.The snacks served were unexceptional, except for a small dish of fried fresh anchovies, which was a revelation. Who knew that anchovies could be so delicious and not at all salty? They went well with the variety of Italian kosher wines going around.The dinner began with the usual basket of interesting bread and three dips – roasted garlic, pesto and oil and balsamic, which soon vanished as we waited for the first course.This turned out to be the least successful of all the courses that were offered. On the menu it was described as a 65 degree egg, served with zucchini cream and flowers. Given our climate, a half-cooked egg is probably not the best choice, and the cream was very bland. The best part of the dish was the tempura-like flower, which was hot and crunchy.Once this yellow, green and white concoction was removed, the second starter was much more appealing. It was listed as gnocchi with a fish ragu and olives. The gnocchi were crafted from mashed potatoes without the addition of flour, as the chef had heard that one of the diners needed glutenfree food. Although it was very tasty, I could not find a trace of an olive in my portion.The situation improved even further with the arrival of the main course, which consisted of a piece of sea bass, lightly poached with cherry tomatoes, lots of garlic and chopped parsley.This was perfectly cooked and very fresh, with a tantalizing garlicky flavor pervading the whole dish but not overwhelming it. The cubed courgettes and diced chunks of potato were all the accompaniment that was needed.To end the meal, a modest dessert of diced fresh peaches in a wine glass topped with lemon sorbet appeared.It was refreshing, and the sorbet was unusually creamy, but all the diners agreed that a drop of liqueur with the fruit would not have gone amiss.The Sheraton is also offering business lunches within the framework of its Italian month. A three-course lunch will be available at NIS 250 and a four-course meal at NIS 350. There will be a good choice of imported kosher wines at NIS 25 a glass. These include a Chianti, a Montepulciano d’abruzzo (both dry red wines) and a Moscato dessert wine. Also on the wine list is a Spumante, described as an elegant white wine with a fresh and bubbly character.A cooking class will be held on June 20 with Olive Leaf’s chef, Michele Bozzetto, and the cost is NIS 150. It can be booked at (03) 521-1122.The Italian Trade Agency in Tel Aviv and its commissioner, Massimiliano Guido, are also involved in promoting the Sheraton Italian month and enthusiastic about their product.“The Italian Festival 2016 in Tel Aviv is our invitation to discover throughout the month of June our world, our food, our culture: Italy!” he says.

The writer was a guest of the restaurant.Olive Leaf Restaurant
Kosher
Sheraton Hotel, Tel Aviv
Tel: (03) 521-1122
Sunday to Thursday, 5 p.m. to 10:30 p.m.
Advertisement
Subscribe for our daily newsletter