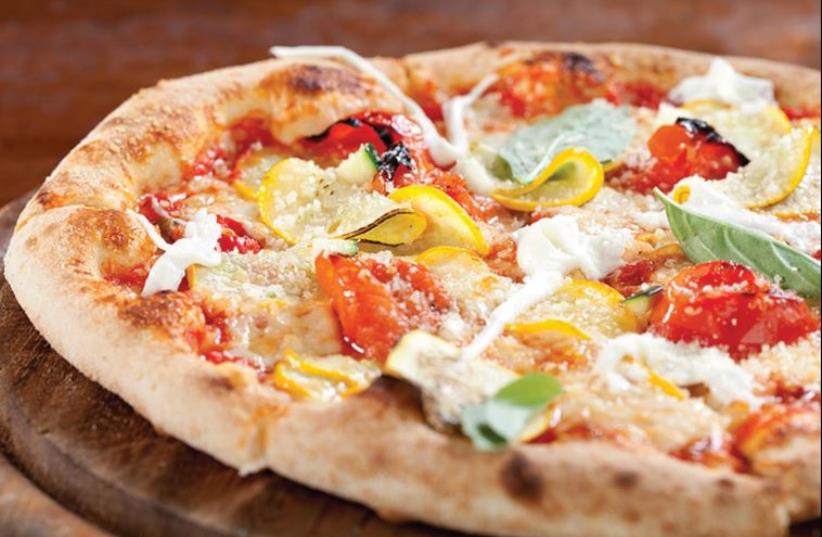 Uno restaurant
(photo credit: PR)
Advertisement
Uno is known in Tel Aviv for its consistent style and high quality and is a favorite among many locals and visitors who are looking for a kosher dairy restaurant where they can enjoy a fine dining experience. It is run by chef Nitzan Raz.A bar functions as the centerpiece of the restaurant, and customers can sit there for a quick drink or at one of the surrounding tables, inside or outside, for a sitdown meal.The menu offers a large selection of starters, salads, soups, pasta dishes and fish dishes.Upon being seated, we were served warm homemade focaccia (NIS 22). It came with a variety of dips, which included a delicious olive tapenade.We started our meal with the cappelleti porcini (NIS 42). It consisted of four mini raviolis stuffed with mushrooms, truffle sauce, aged balsamic vinegar and pecorino cheese. From the first bite, it was obvious that the pasta was handmade and the mushrooms were very fresh. If you like truffles, you’ll love this dish. All the flavors blended beautifully together in every bite.The Italian exploration continued with the Isabella salad (NIS 56), which consisted of caramelized pears, green vegetables, blue cheese, endive, red onion, shallot confit, cashews, and pear & honey vinaigrette.Salad is one of those things that are so simple that when you get a really good one that is memorable, it’s something special.And the salad here was just that.It was crisp and vibrant in both color and flavor. The sweetness of the caramelized pears complemented the bitterness of the endive and the sharpness of the blue cheese. The salad could have used more pears, but I’m just being picky! This was followed by the gray mullet ceviche (NIS 54). The infusion of avocado, capers and Kalamata olives helped complement the subtle texture and flavors of the raw fish, which we greatly enjoyed. It also came with a roasted tomato sauce on the side. Uno definitely hits the mark with the freshness and the flavors that ceviche should have.Seemingly a lot of food at this point, it was too tasty to notice, and our stomachs begged for more. We continued with the stracetti spinach (NIS 65). The buttery, succulent green pasta was accompanied by fresh artichokes, cherry tomatoes, sage, Martini Bianco and pecorino cheese. It was delicious, and you could tell that everything in the dish was homemade. It wasn’t too creamy but thick and well proportioned.Last we were served the fillet of drum fish (NIS 118) with truffle puree, green ragout and Italian vinaigrette. The fish was seasoned beautifully and grilled to perfection, with crispy skin and delicate white flesh. This was a delicious dish with plenty of aromas and flavors that sat harmoniously on the palate. It was my favorite dish by far. I would go back to eat that again in a heartbeat.For dessert, we shared the chocolate tartuffo (NIS 42), which came with brandy caramelized banana, nougat cream and cookies. It’s basically ice cream in hard chocolate pieces, but it was enough to satisfy my sweet tooth.My dining partner and I were both very pleased with the food and left there very happy and satiated. Uno is a great place for a date or family to enjoy a good, flavorful meal.The writer was a guest of the restaurant.Uno Kosher dairy
2 Weizmann St. (Amot Investment Tower), Tel Aviv
Tel: (03) 693-2005