Everybody and his dog

A full range of TV fare, from new series to old favorites. 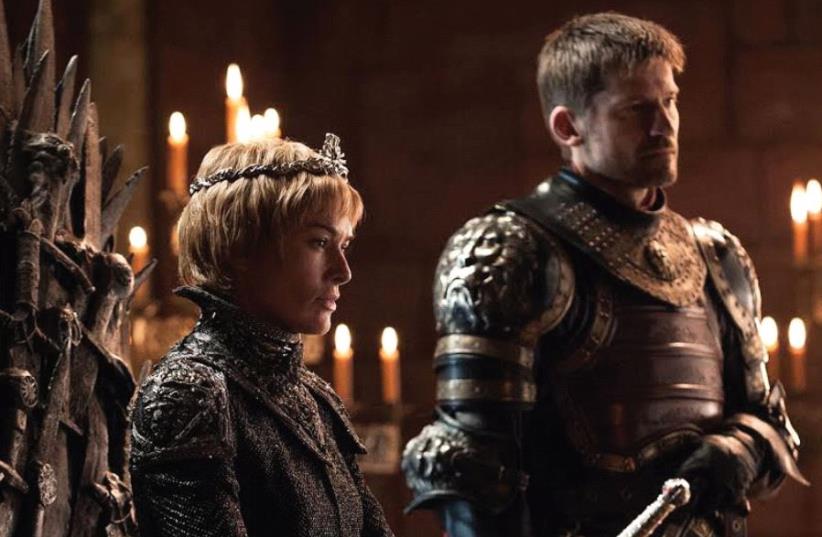 Game of Thrones
(photo credit: PR)
Advertisement
Since Game of Thrones is the monster hit on television these days, I’ve been watching some of the previous seasons, which are being aired on the YES Game of Thrones channel up until July 17, when the show returns for its seventh season to HOT HBO and HOT VOD and YES Oh and YES VOD. Although I’ve been guided by a Game of Thrones fan, the magic is still lost on me.More and more, Game of Thrones seems like a Monty Python movie with no jokes.There are some other fine shows from the premium cable network that are returning this month. One of these, which will be on both YES Oh and HOT HBO, is Season Two of Insecure, the comedy series about a young African-American woman, starring and created by Issa Rae, which will begin on July 25. And ahead of the ninth season of Curb Your Enthusiasm, the first eight seasons will be available on July 2 and will be aired on HOT HBO on Sunday to Thursday at 9:30 p.m. and on HOT VOD.It’s 20 years since the release of the Will Smith/Tommy Lee Jones sci-fi comedy film Men in Black, and HOT is celebrating by airing it on HOT VOD starting June 29.Science fiction and comedy are usually mutually exclusive genres, but there have been a few that have worked, among them Mel Brooks’s Spaceballs, which is a Star Wars parody; and Galaxy Quest, a Star Trek-themed spoof. Men in Black, which was directed by Barry Sonnenfeld and executive produced by Steven Spielberg (who appears briefly as an alien in the film), is unusual in that both the comedy and the science-fiction aspects of the film work well.Although the special effects aren’t up to the level of what you will see on screen today, they make up in inventiveness what they lack in finesse. I recently saw Men in Black with a group of teens and tweens and they thought it was awesome, so this may be a movie that the whole family can watch together.

A Dog’s Purpose, which will be available on YES VOD starting on July 6, was directed by Lasse Hallström, who started his career with the film My Life As a Dog. It’s another movie that might work for several generations at once, depending on how much you like dogs. It’s a live-action film about a dog that dies and gets reincarnated every few years and how that dog interacts with its owners. Dennis Quaid and Peggy Lipton (who played Julie on The Mod Squad) are among the human actors, but the dog gets the best lines.American Splendor, which will be shown on HOT HBO on July 1 at 10 p.m. and HOT VOD, might appeal to teens but not younger kids. Directed by Shari Springer Berman and Robert Pulcini, it’s about comic-book writer Harvey Pekar, who writes comics aimed at adults about his sad-sack life. It stars Paul Giamatti in what may be his best performance, and that’s saying a lot. Giamatti is currently starring in the hit business thriller series Billions. American Splendor co-stars Hope Davis and a host of wonderful character actors.The CBS Channel (Channel 34) on YES has finished showing Cheers and is now back to Taxi, Monday to Friday, several times a day. I know I’ve praised this 1970s/’80s show before, but very often it’s the best thing on, and it’s good to have it back. In addition to its great cast, you can find all kinds of big stars taking small parts. A recent episode in which the cabbies recount stories of magical moments they experienced driving one special cab featured Tom Selleck as an artloving businessman who almost wins Nardo’s heart, and Mandy Patinkin (Homeland) as an expectant father who flakes out when his wife has their baby in Alex’s taxi. Coming up soon will be the episode in which Tom Hanks plays Reverend Jim’s stoner college roommate.
Advertisement
Subscribe for our daily newsletter