Things get ‘Creepy’ in Japanese director Kiyoshi Kurosawa’s latest thriller, being shown at the first Japanese Film Festival in Israel. 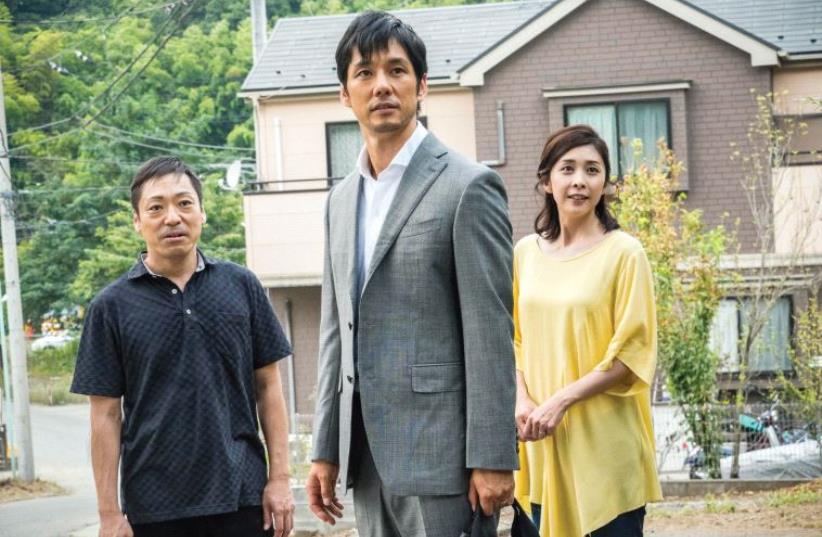 A SCENE from Kiyoshi Kurosawa’s latest horror/thriller ‘Creepy.’
(photo credit: Courtesy)
Advertisement
Kiyoshi Kurosawa, one of the directors whose work will be featured in the first Japanese Film Festival in Israel, did an interview with The Jerusalem Post via email this week. The festival, called the Aki-Nu (Autumn) Festival, will be held from October 18-30 at the cinematheques in Holon, Tel Aviv, Haifa, Herzliya and Jerusalem.The festival was created and programmed by the Holon Cinematheque and will present the best of contemporary Japanese cinema. The opening event will be held at the Holon Cinematheque on October 18 in the presence of the Japanese ambassador to Israel, Koji Tomita, and Holon Mayor Moti Sasson. In addition to films by Kurosawa, the festival will include movies by Hirokazu Koreeda, Kôji Fukada, Shunji Iwai, Hitoshi Yazaki and Jun’ichi Mori.Kurosawa’s recent film, Creepy, will be shown at the festival. As its title suggests, the movie is in the horror/ thriller genre for which Kurosawa is best known, although the 20 films he has made include dramas, such as his highly regarded 2008 Tokyo Sonata, which tells the story of a family that disintegrates after the father loses his prestigious job at a big corporation. The film won the Un Certain Regard Jury Prize at Cannes.Kurosawa says he enjoys working on all types of movies.“If possible, I want to try to work on all genres of movies, so I try not to reject any movie idea that a producer suggests. In that way, I can have the experience of working on all kinds of movies, not just the kinds I am most comfortable with.”Kurosawa’s 2015 movie Journey to the Shore, about the mysterious return of a husband who was thought to have drowned, will also be shown.In Creepy, which had its world premiere at the Berlin International Film Festival last winter, Kurosawa (no relation to Akira Kurosawa) adapted a novel by Yutaka Maekawa about Takakura, a former police detective, who has retired and started teaching criminology in the suburbs, where he has moved with his family.While one of his police colleagues asks him to help on the case of the unsolved disappearance of an entire family, he and his wife start to become friends with a strange neighbor and his frightened daughter, who may be connected to the case.Kurosawa said, “I liked the idea in the novel that the real culprit may have been found right next door...This is the premise, that the day-to-day life and crisis are side by side, and that creates the foundation for suspense.”The movie has been seen by many reviewers as a comment on how increasingly isolated people are from each other in modern-day Japan, where once neighbors formed a close-knit community and now barely know each other’s names.The movie has drawn acclaim all over the world, although some of the audience reactions have surprised him.“In the Berlin Film Festival, the audience laughed at many different scenes. Perhaps this movie was regarded by the audience as a kind of black humor. And in Hong Kong, the audience screamed here and there. In the both cases, reactions of the audiences were very different than I expected: I thought audiences would see this movie silently.”His latest movie, Daguerrotype, an otherworldly romance, was filmed in France. Kurosawa enjoyed the experience of working in Europe.“Filmmaking in France was almost the same as in Japan. So I would like to make a movie abroad again if there is a chance in the future.”Now at work on a science-fiction film based on a play, Kurosawa said that he was inspired to become a director by American movies he saw while he was growing up.“In my teenage years, my generation was watching American movies of the 1970s and were devoted to world cinema. So I think that our generation was greatly influenced by those movies... This period’s movies were kind of rough, full of contradictions, but they are were complex and multi-layered, and allow you to interpret them freely.”Asked what he would do if he had not become a movie director, Kurosawa said, “I can’t imagine it, but I think perhaps I would have become one of those very ordinary company employees. Because I’m 100 percent aware that I myself am quite ordinary as a human being. This is a fact, I’m not saying it to be modest.Although I hope that my movies will be special and not similar to other movies, I myself don’t have any complaints about being an ordinary man.”