A look at the 2017 winter edition of the Red Sea Jazz Festival. 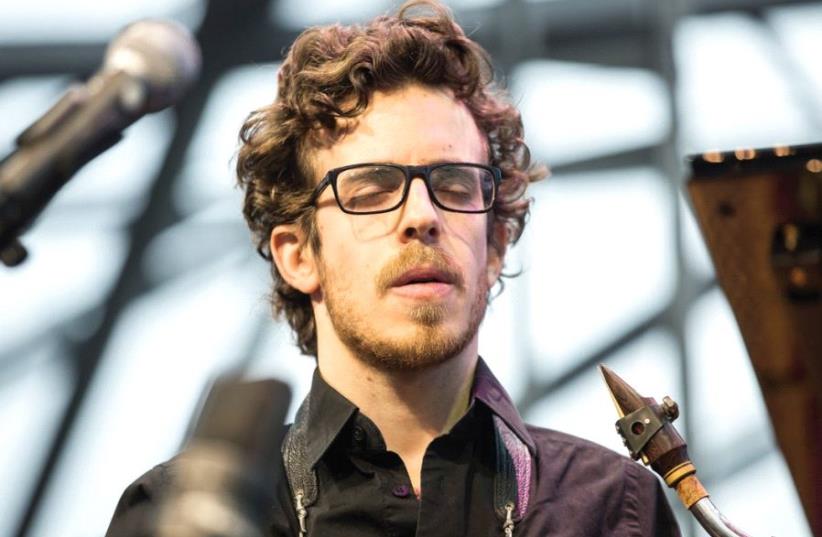 NEW YORK-based Israeli saxophonist Oded Tzur
(photo credit: STEFAN HEIGL)
Advertisement
RED SEA JAZZ FESTIVAL
Eilat
February 9-11What could be better than heading down to Eilat in the winter to soak up some rays, take a dip in the Red Sea and catch some quality jazz, and other, vibes while you’re at it? The 2017 winter edition of the Red Sea Jazz Festival provided an opportunity to catch all of the above, and more.Artistic director Dubi Lenz laid on his usual eclectic offering of shows, ranging from pop-oriented slots, that drew large crowds, to highly entertaining jazzy stuff which, happily, were also well attended.In terms of entertainment mixed with edification, Oran Etkin took the biscuit. The thirty-something Israeli-born American reedman presented his renditions of numbers which were made famous by King of Swing clarinetist and band leader Benny Goodman, mostly back in the 1930s.The concert repertoire was based on Etkin’s What’s New? Reimagining Benny Goodman project, which recently spawned a new CD. Etkin is blessed with excellent interpersonal skills, both with his horns – he played bass clarinet and clarinet – and in plain old words, as he illuminated us with fascinating stories about the early days of jazz.Etkin and his cohorts – pianist Adam Birnbaum, effervescent drummer Matt Wilson and silkily skilled veteran vibraphonist Steve Nelson – proffered Etkin’s personal and contemporary take on Goodman’s material, which was duly lapped up by one and all in the auditorium at both the band’s gigs.Italian trumpeter Luca Aquino provided the most expansive spot over the three days, as he led his trio, of pianist Sade Mangiaracina and dynamic bare-footed accordionist Carmine Ioanna, in a program of soundscape material that darted into numerous genres and textures. Aquino colored his lyrical trumpet and flugelhorn output with fun breathy and whistling asides, and his show left one curious about his other ventures.Bassist Gilad Ephrat has taken part in quite a few jazzy projects over the years, but this time out his intriguing percussionless show featured four string players, who were all at the top of their game. The program meandered through folksy areas, classical music, pop and the odd ethnically-inclined departure. The concert was a tight-knit affair, with the spot-on instrumental presentation complemented by some crowd-pleasing vocals by charismatic violinist Keren Tannenbaum.The festival’s piece de resistance came on the last day, with the eagerly anticipated gig by Israeli New York-resident saxophonist Oded Tzur, who fronted a quartet of fellow Big Apple-based expats pianist Nitai Hershkowitz and irrepressible drummer Ziv Ravitz, and Greek-born bassist Petros Klampanis. Tzur’s jazz filters through the sounds and sentiments of Indian music, and that came across in the show, not in a musical sense per se but more in terms of the approach to rhythm and textures. There was a sense of space, and patience, and waiting for the right moment to play the next note, and a willingness to let things hang for a while should the need arise. And I have simply never heard a saxophone played so ethereally and with such gossamer delicacy as in some of Tzur’s phrases. But there was plenty in the way of visceral passages as all the players dovetailed and ran together in definitively water-tight fashion.Tzur’s show left us all hungry for more, much more.
Advertisement
Subscribe for our daily newsletter