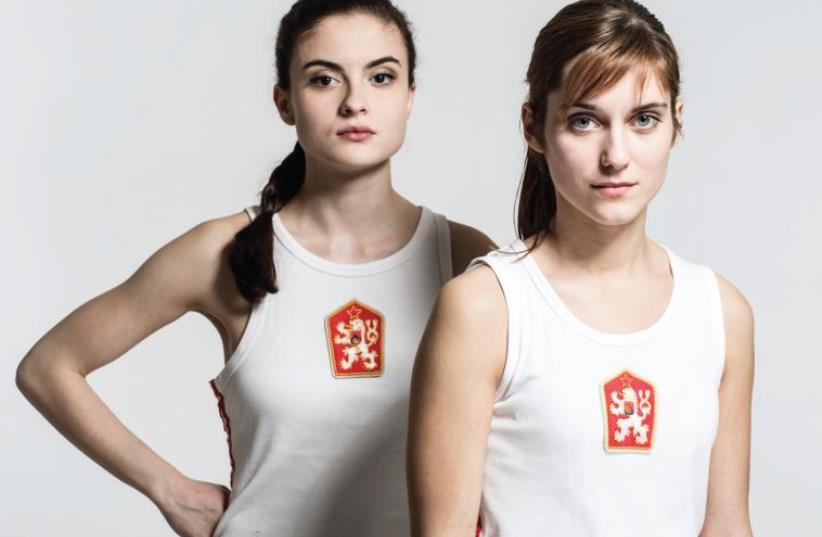 ‘Fair Play’ film
(photo credit: PR)
Advertisement
The Czech Republic has had one of the world’s most vibrant cinema industries for the past 50 years, and the Czech Film Week in Israel will present the best in contemporary Czech cinema, as well as a few classics. The film week opens at the Tel Aviv, Jerusalem, Haifa and Herzliya cinematheques on the week of August 16, and then opens at the Holon Cinematheque on September 4. The festival is co-sponsored by the Embassy of the Czech Republic in Israel and the Czech Center in Tel Aviv under the direction of Lukas Pribyl.This year’s festival is dedicated to the memory and enduring achievements of Vaclav Havel, the playwright and dissident who became president of the Czech Republic after the fall of the Berlin Wall. It was Havel who re-established diplomatic relations between the Czech Republic and Israel. Havel always said he would not have accomplished everything he did without his wife, Olga. Hence the documentary Olga , about her life, will be presented at the festival, and the producer of the movie, Jarmila Polakova, will attend. Another important anniversary will be commemorated at this year’s festival. The prestigious international Karlovy Vary Festival is celebrating its 50th anniversary, and a number of films shown there this year will be screened at the festival, as well as some Czech classics shown there in the early years. Karlovy Vary is known to all serious film buffs as one of the most wonderful festivals in the world. It is a festival at which a number of Israeli movies have won important prizes in recent years, among them Yossi Madmoni’s Restoration , which received the top prize in 2011. The documentary Film Spa , by Miroslav Janek, explores the history of the Karlovy Vary Festival. Judit Bardos, the lead actress of the opening night movie, Andrea Sedlackova’s Fair Play, will visit Israel to attend the festival. Fair Play is a drama set in the highly competitive world of Olympic sports in the 1980s.Anna (Bardos) is a talented sprinter who seems to be headed for the Olympics. She is pushed by her mother, who wants her daughter to succeed at all costs so that her daughter can make a life for herself outside of the Iron Curtain, even if it means that her daughter must try untested performance-enhancing drugs. Miroslav Krobot’s Nowhere in Moravia tells the story of a 30something young woman stuck in a sleepy Moravian town, where she and her friends make the best of their quiet lives. Viktor Tauš’s Clownwise is about a formerly famous trio of clowns who reunite after their lives have taken very different directions. Milos Forman’s Loves of a Blonde was one of the movies that made then Czechoslovakia famous on the international film scene. The 1965 film tells the story of the romance between a young woman in a provincial town and a concert pianist. The movie was nominated for an Oscar and Forman soon went to work in Hollywood, where he won Best Director Oscars for One Flew Over the Cuckoo’s Nest (1976) and Amadeus (1985).The Shop on Main Street (1965), directed by Jan Kadar and Elmar Klos, was the first movie from Eastern Europe to win an Oscar. Set in Slovakia during World War II, it tells the story of an unemployed man who is told by the authorities to take over the sewing materials shop of an elderly Jewish woman. She is confused and thinks he only wants a job, and gradually a real bond grows between them. Ida Kaminska, who played the shop owner, was from a famous Yiddish theatrical family and received a Best Actress Oscar nomination for her role. Juraj Herz’s The Cremator is a cult film that is considered by many to be one of the masterpieces of Czech cinema. Based on a novel by Ladislav Fuks that was recently translated into Hebrew by Pierre Pe’er Friedmann, who will attend the festival, it is made in the style of German expressionism, combining black humor and horror in a story of a man who tries to use his German blood to get ahead, while sacrificing his Jewish family members in the process.To get more information and to order tickets, check the individual cinematheque websites.