Chances are there is a film festival coming to a theater near you. 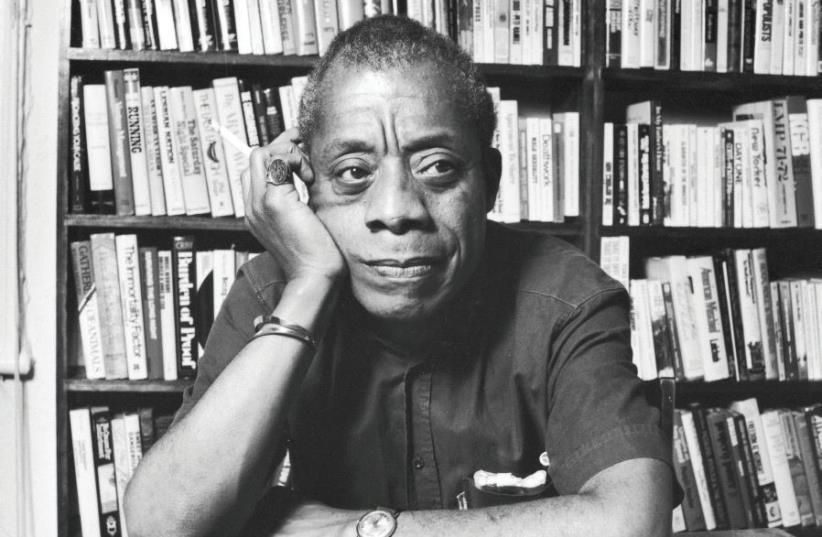 AMERICAN WRITER/POET James Baldwin is the subject of the documentary ‘I Am Not Your Negro’ to be shown at the upcoming Docaviv Film Festival.
(photo credit: VELVET FILM)
Advertisement
Spring and summer are incredibly busy seasons in the Israeli film world, and wherever you live, chances are there is a film festival coming to a theater near you.They say truth is stranger than fiction, and in this era of so-called fake news, it can be more interesting. Docaviv, the Tel Aviv International Documentary Festival, will feature the best recent documentaries, from May 11 to 20.Docaviv is held at the Tel Aviv Cinematheque, but movies are also screened, for free, all over the city. The public is invited to watch movies and take part in cinematic happenings in dozens of locations, including at Tel Aviv Port, Jaffa Port, on city rooftops and at Habima Square.The festival features several competitions, among them the Israeli Competition, the International Competition, the Depth of Field Competition (for films that show “artistic ingenuity and daring”) and the Student Competition. Israeli and foreign filmmakers will be on hand to present their work and to take part in master classes and other events.Although the program is not completely set, one of the films that has already been chosen is the Oscar-nominated documentary I Am Not Your Negro, by Raoul Peck, about the writer James Baldwin.Narrated by Samuel L. Jackson, the movie features interviews with Baldwin and a large group of other intellectuals, as well as some celebrities, among them Ray Charles, Harry Belafonte, Marlon Brando, Bob Dylan and Malcolm X.The Tel Aviv International LGBT Film Festival (TLVFest) will run this year from June 1 to 10. The festival, which started in 2006, is held at the Tel Aviv Cinematheque.The only LGBT film festival in the Middle East, TLVFest is a part of the Israeli pride week. It was chosen twice by the influential IndieWire website as one of the 10 best LGBT film festivals in the world, in 2014 and 2015.It includes competitions for feature films, documentaries and shorts, as well as TLVFest gatherings, seminars and workshops.Recent guests have included Alan Cumming (The Good Wife) and Lea DeLaria (Orange is the New Black).The International Student Film Festival will run from June 18 to 24 at the Tel Aviv Cinematheque and other theaters around the city. It was founded in 1986 by the students of Tel Aviv University’s department of film and television in order to promote the work of film students, and to enhance that work by bringing in established filmmakers to give master classes and workshops.The festival is produced and managed by student volunteers, filled with passion for film. It features more than 250 films from over 70 films schools from all over the world.In addition to the movies, there will be concerts, art exhibits and discussions. The festival also includes the Film Bus Project, in which a group of Israeli and international students takes a bus around the country, as far south as Sde Boker and north to Nahariya, where they will show movies and make films along the way.Previous guests of the International Student Film Festival include David Gordon Green (Pineapple Express) and Michel Hazanavicius (The Artist).The Jerusalem Film Festival, Israel’s first and biggest international film festival, founded in 1984 by the late Lia van Leer, will run from July 13 to 23 at the Jerusalem Cinematheque. The festival features more than 200 movies from 45 countries.It’s too early to know what will be on the program this year and who the guests will be, but last year’s festival hosted Quentin Tarantino. A list of previous guests reads like a Who’s Who of world cinema: Lillian Gish, Jeanne Moreau, Warren Beatty, Marcello Mastroianni, Robert De Niro, Roger Corman, Kirk Douglas, Jean-Pierre and Luc Dardenne, Stephen Frears, Jane Fonda, Ang Lee, Errol Morris, Claude Lelouch, Terrence Malick, John Malkovich, Anthony Minghella, Roman Polanski, Liv Ullmann, Wim Wenders, John Turturro, David Mamet and many, many others.This year, the Jerusalem Film Festival is launching a new industry initiative for its 2017 edition.Think Fest will invite film festival professionals from around the world to participate in an event dedicated to the burning issues affecting the film festival business.International festival directors, programmers and organizers will gather in Jerusalem for a three-day program at the beginning of the festival. Think Fest will be held as part of Jerusalem’s Industry Days program, which includes the Jerusalem Pitch Point, a co-production platform promoting international collaborations and co-productions for Israeli features.The festival also hosts the Sam Spiegel International Film Lab, which holds its final pitching event, which is open to both international and Israeli projects, during the festival.