Films and fanfare on the small screen 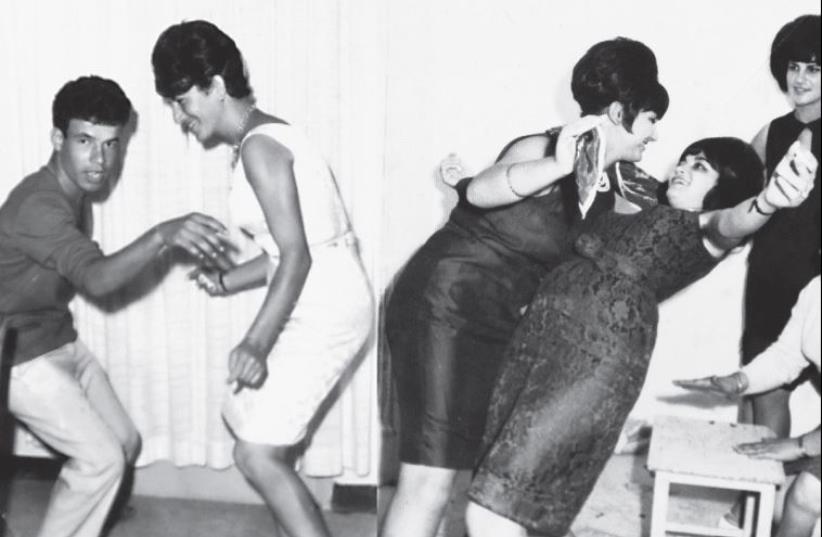 Dimona Twist
(photo credit: PR)
Advertisement
The film Dimona Twist won the Van Leer Award for Best Documentary at the Jerusalem Film Festival, and it will be screened soon (no date has been set yet) on YES Docu. Directed by Michal Aviad, it tells the story of a group of immigrant women from Poland and North Africa who came to Dimona in the 1950s and ‘60s.As they open up about their lives, it becomes a kind of documentary version of Avi Nesher’s Turn Left at the End of the World, which is about two teens in a Negev town in the 1960s. In Dimona Twist, women from similar backgrounds look back at their youth.The Emmy nominations were announced last week. Although everyone predicted that Game of Thrones would dominate (it received 23), there were a number of surprises. The most disappointing one was that Show Me a Hero received no nominations. This HBO miniseries, co-written and created by David Simon, who made The Wire, told the tragic story of a rising young politician in Yonkers who got involved in a contentious desegregation battle. While this may not sound like riveting TV, it was brilliant and featured a great performance by Oscar Isaac in the lead. Isaac did win a Golden Globe for his work on Show Me a Hero, so it was surprising that he did not even get an Emmy nod.Some very undistinguished miniseries did receive many nominations, among them The People v. O.J. Simpson: American Crime Story, an intermittently entertaining recreation of the Simpson trial, which received 13 nominations, among them six in the acting categories. Could it be that Hero suffered because it was released in the summer and voters didn’t remember it? That’s the only explanation that seems plausible.Other snubs included Julianna Margulies for the final season of The Good Wife, but she has won in the past. Some of the other supporting actors who did not get nominations this year, such as Christine Baranski and Alan Cumming, who were key to making the series so enjoyable, have never won.Orange Is the New Black got a single nomination, for its casting; ironically, when no cast members were nominated.One pleasant surprise was that The Americans was nominated in three major categories for the first time: Outstanding Drama, Best Actress (Keri Russell) and Best Actor (Matthew Rhys).The Emmys will be awarded in a ceremony on September 18.If you missed Creed when it was in the theaters, you can catch it on the small screen on HOT Gold on July 22 at 10 p.m. The film tells the story of the son of Apollo Creed, Rocky Balboa’s fierce opponent from the Rocky films, and how Rocky (Sylvester Stallone) trains him to become a champion. This is a clever attempt to both reinvigorate the Rocky franchise and to recycle its cliches for a younger audience.Stallone got an Oscar nod for this part, where he gets to look in the mirror with the young fighter and say, “That’s the toughest opponent you’re ever going to have to face.” But the revelation of the film is Michael B. Jordan as Adonis Johnson, aka Creed. Jordan will always be a part of TV history because he played Wallace, arguably the most likable and tragic character on The Wire. Jordan (how confident must a young actor be to use the name Michael Jordan without fear of being overshadowed by the basketball great?) has appeared in action movies such as The Fantastic Four, but here he’s a genuine star. Wood Harris, who played Avon Barksdale in The Wire, also has a role in Creed.On July 26 at 9 p.m. on Channel 1, a new documentary, Open Ward, will be aired. It’s a look inside the Abarbanel Mental Health Center in Bat Yam, which agreed to open its gates to a film crew, documenting its patients’ lives for the first time. Residents of the Brosh ward participated in a therapeutic drama workshop, and three of them – Igor, Farhi and Avner – became the protagonists of this documentary film, expressing their fears, coping mechanisms and dreams.