Food: Dining at The Deli

Serving Jewish comfort food at its best, Deli on Nitza is Golders Green on the Mediterranean 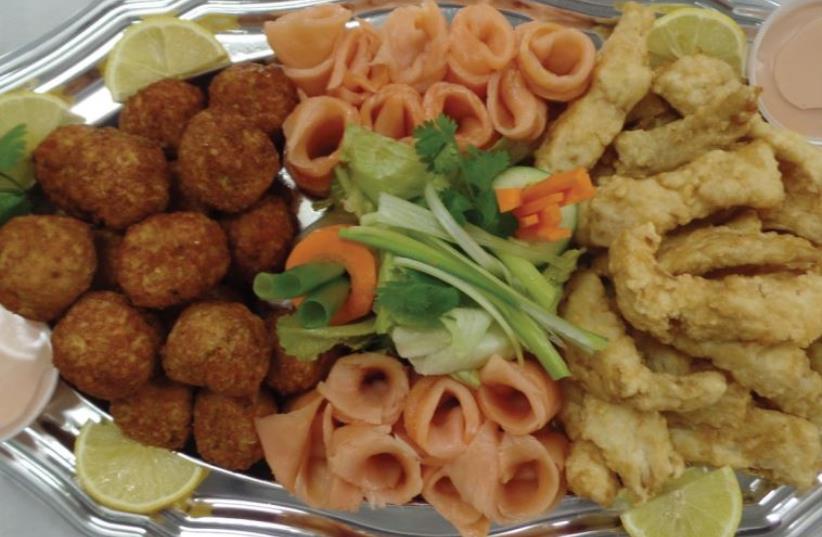 Deli on Nitza
(photo credit: PR)
Advertisement
In the sleepy seaside town in South Africa where I grew up, we had a name for people like Denis Phillips. We called them “Main Ous” (pronounced Ohs), and the appellation was used with awe. It was an amorphous sort of title for those who inhabited a special zone. Denis, for example, was tall and tanned and blonde and gorgeous. He surfed. He smoked. At 16, he was sort of too special even to greet. Forty years later and out of touch with Denis for decades, I get an assignment to cover a deli in Netanya, overlooking the sea. And who owns it? Yup, you guessed. Restaurant reviews are always fun, proving as they decisively do that there is, after all, such a thing as a free lunch (or dinner). And this one promised to be quite nostalgic. Still, even if you know the owner of the place, you still need a companion to sample different dishes and to facilitate quotes: “My companion pronounced the desserts divine...” I took my nephew, Edward, who had made aliya from England only hours before. It was a soft landing: The Deli on Nitza is Golders Green on the sea. The Young Israel synagogue next door caters to congregants who are almost exclusively not Israeli. Or not Israeli born, to be more precise. Most of them are British and live along the coast. Many grab their Thursday night dinner at the Deli. It could be a shul meeting on the pavement as diners toast each other and mingle between tables, chatting in English.On offer is the signature hot beef on rye, as well as spicy chicken wings or steak. Hamburgers and chips or fried fish feature on a menu that steps straight out of granny’s kitchen back in Eastern Europe. Obviously, good old chicken soup with kneidlach is there. This is comfort food at its best: chopped liver and chopped herring and roast chicken and slaw. Jewish food of the ages served as the sun slips into the Med. What could be wrong? Well, plenty, as it happens. Denis, who has a background in upmarket steakhouses abroad, took an existing deli and turned it into a kosher gem, catering largely to a kippa-wearing traditional clientele of English-speaking residents in the Sharon area. With Shabbat specials delivered to your door and fish balls and meatballs and pies and kugels for holidays challenging customers to have a good fress, stringent kashrut was obviously an issue. But that is a story in itself – mashgichim demanding 90% wage increases in an instant, chief rabbis threatening to rescind licenses, no one to turn to for help. In short, the usual kashrut chaos that even members of the Knesset are starting to address. “It’s like blackmail,” says Denis, “but what could I do? I need my business to be kosher, so I paid up.” Demands met; hechsher safe; open for business. So Orthodox families can confidently order in tasty chicken or brisket supreme for their Friday night meals, with side dishes, soup and matza balls, as well as a free halla tossed in as a treat. A special for singles costs NIS 45; a family of four can feast on a prepared meal for NIS 180 – and no cooking or washing up to spoil the ambience of the meal. Pop in to the shop and pick up some chutney while you’re at it or custard powder or tea. Thick slabs of creamy Cadbury’s chocolate nestle up to freshly baked cakes ready to go. Rows of round Marmite jars. Biltong. Boerewors.The writer was a guest of the restaurant.