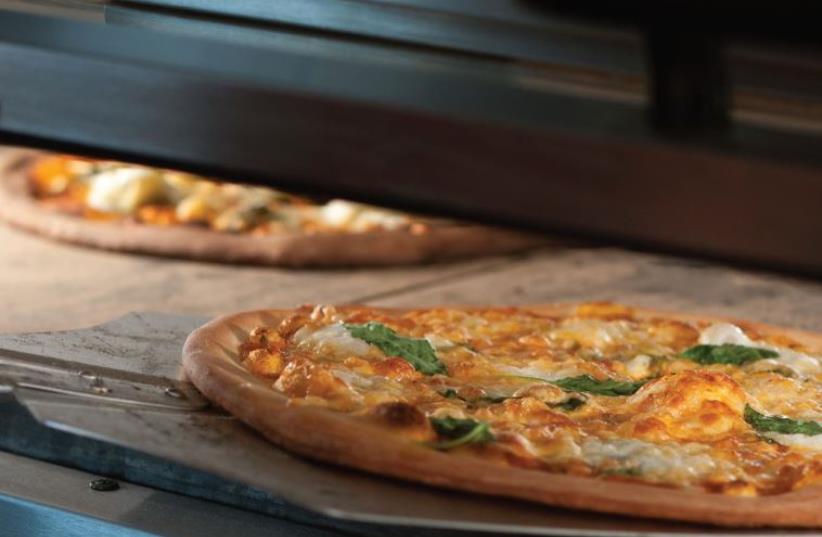 Piccolino restaurant
(photo credit: PR)
Advertisement
When Ticho House in downtown Jerusalem closed for repairs, its popular restaurant had to shut its doors as well. Fortunately for regular customers, another venue became available almost immediately. The philanthropist who was transforming Kikar Nahman in Nahalat Shiva into Kikar Hamusika was looking for a classy restaurant to be part of his cultural complex. Enter Ticho House’s Nava Bibi and her new venture, Piccolino.The new premises are impressive as is the spacious courtyard with room for 120 al fresco diners. Not many Jerusalem restaurants can accommodate this many customers outdoors so comfortably and serve them with as professional a bilingual wait staff.A good way to start a meal at Piccolino is with one of the specialty cocktails, named after famous operas.The La Traviata (NIS 38), which combines Jameson whiskey, Absolut pear vodka, apple syrup and San pellegrino limonata, is a stiff drink with layers of smooth flavor.There is always a selection of soups, including gazpacho in the summer.The Piccolino version, made with yellow, red and green peppers, has a pleasant complexity (NIS 36).To accompany the soup, we had one of the restaurant’s offerings from its taboun (stove oven): white pizza, featuring a basil pesto instead of tomato sauce. The three-cheese blend was in perfect balance with the mild pesto on a delicate thin crust. It would be easy to fill up on one of Piccolino’s artisan pizzas, all of which come in one size, ideal for two (NIS 66).There is a variety of pastas, including gnocchi. It is not generally what I would choose, but Nava urged me to try Piccolino’s sweet potato version (NIS 68). I was pleasantly surprised. The sweet potato dough imparted a mellow flavor, while the inventive Alfredo sauce accented with goat cheese was rich without being overpowering.I needed no coaxing to try Piccolino’s artichoke main dishes, both of which were among the restaurant’s several vegan offerings. The artichoke hearts stuffed with vegetables in lemon sauce (NIS 48) is also glutenfree, while the artichoke ravioli in a Romana sauce (olive oil, herbs and garlic) (NIS 68) was proof positive that a dish does not have to contain cheese to be delicious.Another non-pasta dish was the fish of the day (NIS 108), meagre fish (musar yam). Seasoned simply with olive oil and herbs and served on a bed of black lentils accompanied by sweet potato puree, the fresh fish was prepared as well as I have seen it done in restaurants that specialize in fish and seafood.Eggplant Parmesan is such a staple of Italian restaurants that it can be a bit boring. At Piccolino, however, the freshness of the eggplant shone through in this very satisfying rendering of an old standby (NIS 48).Finally, we were shown a tray loaded with desserts to choose from.There are no fewer than 10 desserts on the menu, including sugar-free and vegan options. Nava recommended the apple strudel (NIS 38) and a unique creation called “little Switzerland” (NIS 42). The former – made with caramelized apples, cinnamon, dried cranberries and brown sugar and served with vanilla ice cream and berry topping – takes up a whole dinner plate. Needless to say, it was as good as it sounds.The “little Switzerland” was a delightful creation of mascarpone cream, chocolate and pecans. It tasted like a luscious combination of fluffy cheesecake and a candy bar and was great with a cup of Piccolino’s freshly brewed cappuccino.A welcome innovation here is a special fixed-price seniors’ menu – three courses (of slightly reduced portions) plus dessert for NIS 78.There is also a children’s menu, priced at NIS 52.As the restaurant celebrates its first anniversary, it is preparing to build a huge succa encompassing the entire square that reverberates with music all day long. Visitors to Jerusalem on this pilgrimage holiday, along with city residents, can add another worthy place in which to celebrate Succot.The writer was a guest of the restaurant.Piccolino
Kosher dairy (Mehadrin)
12 Yoel Salomon St., Jerusalem
Tel: (02) 624-4186