Footprints in the sand 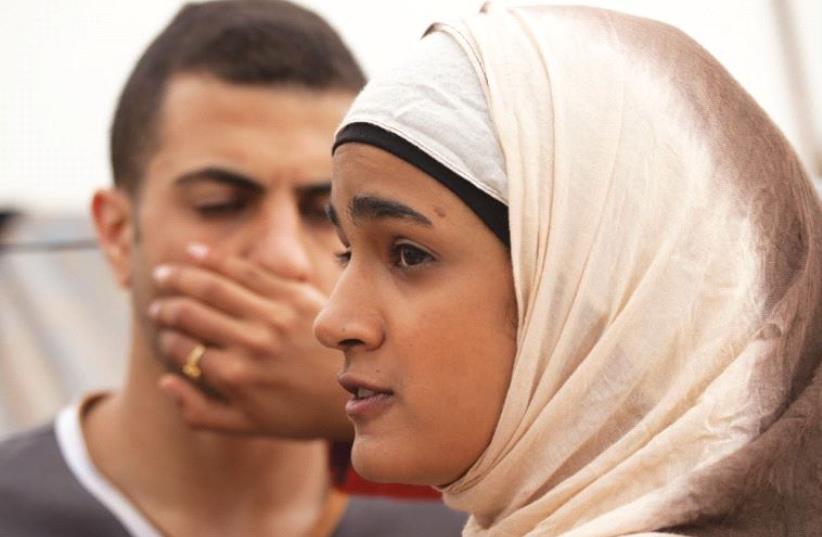 ELITE ZEXER’S ‘Sand Storm’ took home six Ophir Awards on Thursday night
(photo credit: Courtesy)
Advertisement
Most first-time directors whose films have succeeded are happy, but Elite Zexer, the director of Sand Storm, which just won six Ophir Awards, including Best Picture and Best Director, exudes a rare kind of joy.“It’s so exciting, when your film has a life of its own,” said Zexer.Sand Storm is not just any first film, however. The movie, which looks at the lives of a Beduin mother and daughter who rebel against tradition, has triumphed with audiences all over the world. In addition to its Ophir Awards, it won the Grand Jury Prize at Sundance, and was shown to great acclaim at the Berlin and Toronto International Film Festivals.It is now opening in the US and will be available on Netflix.Because of its Ophir win, it will represent Israel for consideration for the Best Foreign Language Film Oscar.“Last year, I suddenly had a really good feeling that we should be ready on time for Sundance... I told my producers I wanted to race for it, I knew we were going to the right place, and had good chances, but you can never guess it will be something as big as this.”But perhaps the greatest honor of all is that she, an Israeli Jew, has been able to make a film about the Beduin that has been praised for its authenticity, but that audiences all over the world can relate to.Zexer began getting to know the Beduin when her mother, a photographer, started work on a project about them years ago.“She became very became very good friends with many people in different villages,” says Zexer, who began visiting them with her mother, spending weekends and vacations with them. “A month after I started going to visit them, I decided I was going to make a movie about them, and that was 10 years ago.”Initially, though, Zexer chose another career path altogether. In high school, she concentrated on math and science, and at 22 went to study bio-tech engineering. Realizing that “I didn’t want to spend my life in a lab, studying genes,” she took off for Los Angeles, encouraged by a relative with connections in the movie business, and ended up producing student films at UCLA. Realizing she had gone as far as she could, she returned to Israel and started studying in the producer track at Tel Aviv University Film School, before switching to directing.Zexer grew up loving all kinds of movies, and was especially into one you might not expect the director of such a serious film to enjoy.“I saw The Sound of Music about 400 times,” she says.Approaching the subject of the Beduin, “I was cautious. I wanted to respect their culture. I learned some Arabic from hanging out with them, and I took lessons.”Before embarking on Sand Storm, she made a short film, Tasnin, about a young Beduin girl, partly to see if she could actually direct in Arabic, and found that she could.“It’s true that the language is not that close to Hebrew, but the body language is so similar,” she says.“Sand Storm is a mixture of a lot of real stories,” she adds.It opens on the eve of the wedding of Suliman (played by Hitham Omari, who was in Bethlehem) to his second wife. His first wife, the proud Jalila (Ruba Blal-Asfor, who won the Ophir Award for Best Supporting Actress) is hurt by the fact that he is taking a new wife, which most men would have done years ago, but doesn’t want to let her feelings show. As she prepares for the wedding, which she is forced to host, she learns that her equally strong-willed daughter, Layla (Lamis Ammar), a university student, is in love with a young man from a different tribe. These women suffer in the patriarchal society in which they live, but they are not passive victims. They are vibrant, frustrated and very real.“It’s a custom for the husband to marry a second wife, but how can you ever be OK with it? She’s not OK with it,” say Zexer of the mother in the film. The story of the daughter’s forbidden love is “also very sad, but I also wanted to show how the community is very close and very loving... The daughter is left with hard choices, and bad choices.”In an unusual turn of events, Lamis Ammar, the young actress who plays the daughter, influenced the director to rethink her approach to the character.“She walked into audition room with so much strength, character and attitude... she was amazing but I thought, she’s not the character I wrote,” who was more self effacing.But Zexer couldn’t pass up such a wonderful actress, so she actually rewrote the part to reflect the actress’ assertive persona.Reflecting on this past year, Zexer said one of her happiest moments was when she screened the film for the Beduin who worked on it as her advisers.“I showed it to them before I finished it, to see if there was anything I should change... it was my favorite screening up till now. It was really, really emotional and I was proud to be a part of it.”