The indomitable Donovan will perform in Jaffa. 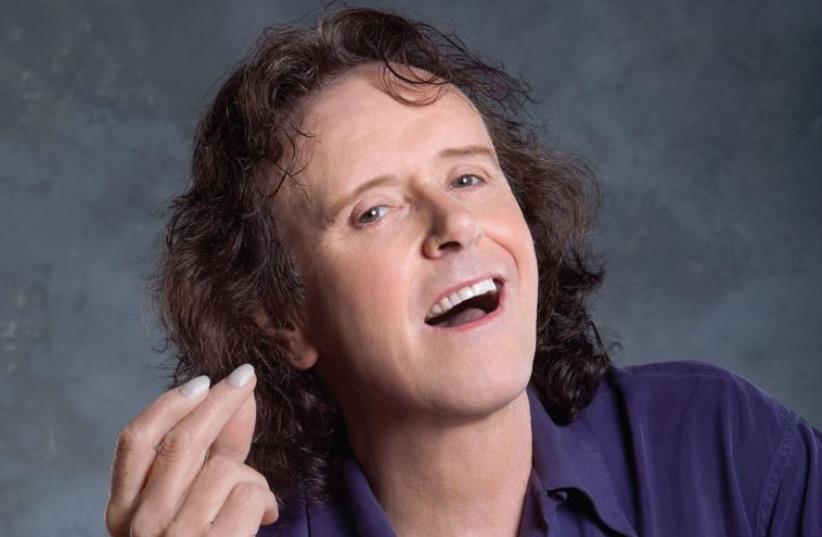 Donovan Leitch
(photo credit: MICHAEL COLLOPY: DONOVAN DISCS 2015)
Advertisement
Whoever was in charge of placing items in the 1960s flower-power time capsule had a simple task in choosing the era’s poster boy. How could it be anyone other than Donovan? The Scottish folksinger with the flowing locks, wispy voice and toothy smile helped define the 1960s sense of unrestrained freedom and unbridled hope, and the goofy clothing and fads that came along with it.Donovan Leitch was never quite taken as seriously as Bob Dylan because he was just lighter.Nostalgic trifles like “Mellow Yellow” and “Sunshine Superman” may seem like Austin Powers-era Carnaby Street satire today, but his scope was broader than dated novelty tunes.Heady rockers like “Season of the Witch” and “Hurdy Gurdy Man,” featuring a rosy-cheeked Jimmy Page in one of his first studio sessions, capture ‘60s psychedelia in all its paisley glory, and clear-eyed folk songs like “Catch the Wind,” “There Is a Mountain” and his version of Buffy Sainte-Marie’s “Universal Soldier” represent the wide-eyed innocence of the Woodstock generation as succinctly as any other works of the time.However, unlike some of his 1960s contemporaries such as Dylan, who constantly reinvented themselves for the cold dark ‘70s and beyond, Donovan was a creature of his era. And try as he might, having recorded new music and performed regularly in the ensuing decades, he remains a human time capsule of a bygone period – which is a wonderful thing for fans attending the 69-year-old legend’s first show in Israel on Monday night at the Gesher Theater in Jaffa.Donovan: Retrospective, a 2015 boxed-set to mark his 50th anniversary of recording, demonstrated that there’s plenty of life left in those old war horses and that Donovan was a multifaceted writer and performer.Speaking last year to the Daily Record in the UK, Donovan recalled growing up in Glasgow in a household full of poetry and folk music, where family members would imbibe and perform.“Slightly tipsy relatives were coaxed onto a chair to sing a song. I didn’t realize they were folk songs, but by the age of eight I would sing them, too. By the age of 18, I was writing, composing and performing my own songs, and it was natural for me to do that,” he said.The mid-1960s saw him rubbing shoulders with Dylan and The Beatles, with the future unlimited in possibilities.“I’d met them across crowds on TV shows and in concerts where there were 500 artists performing at the same time… There I was, sitting in the room with five of the most important guys … and it was perfect. I was going to connect with the highest popular level of popular music and introduce my songs,” he said.“I never saw Dylan after that, but The Beatles and I became quite a force for a new kind of measuring of music with peace, brotherhood and especially love,” he said.In an interview with The Independent last year, the stillwinsome singer explained that he was the one who introduced The Beatles to the charms of Maharishi Mahesh Yogi and transcendental meditation back in the day and that he has continued to practice it over the last 50 years.“The way I sing my songs leads the listener into a place of introspection, a state of mind that can trigger self-healing and the kind of profound rest you cannot get from sleep alone,” he said, like a unrepentant hippie.After being spurned by the music business during the punk and discoheavy 1970s, and then spending years living in self-imposed exile in Greece and then Ireland, Donovan was rediscovered in a sense when the popular Britpop band the Happy Mondays asked him to tour with them. He later made the de rigueur comeback album with record producer Rick Rubin, and in 2012 he was inducted into the Rock and Roll Hall of Fame.He’s never stopped writing or performing and scoffed to The Independent that he would stop any time soon.“Oh, but this is who I am... It is what I do. I write songs. I am so highly skilled that when I pick up a phrase and then pick up my guitar, a form comes out almost immediately – a song. And once I start, I have to finish it. I’ve got hundreds and hundreds of songs that nobody has ever heard,” he said.At the Gesher Theater on Monday night, the good vibes will likely light up the room without the need for electricity as Donovan hauls out his vast catalog, including tunes like “Lalena” and “Wear Your Love Like Heaven,” to an adoring audience.Donovan told The Independent that his shows were not only a warm and fuzzy exercise in nostalgia but also provided an important function.“As a poet, I’ve always felt like a public servant. I’m providing a service. It’s called edutainment.Ed-u-tainment… because there is so much valuable information in my work,” he said. “I think my legacy is important because my songs – perhaps more than those of any other songwriter I know – cover every movement from 1965 on, socially and artistically. If you want songs about ecology, I’ve got ecology songs; if you want songs about spirituality, I’ve got spiritual songs.”

Donovan will perform on Monday night at the Gesher Theater in Jaffa.
Advertisement
Subscribe for our daily newsletter